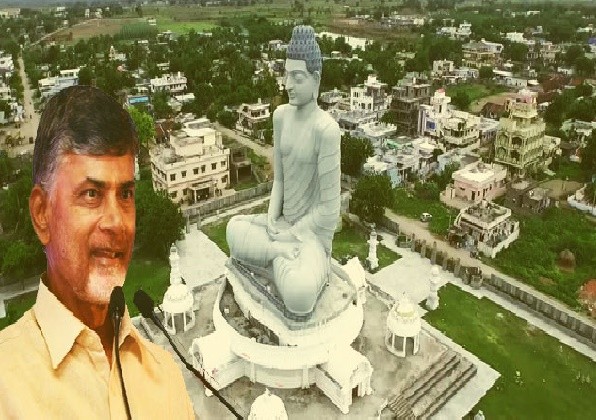 Andhra Pradesh Chief minister Chandrababu Naidu was in Mumbai recently on the occasion of listing of Amaravati bonds 2018 for trading on the Bombay Stock Exchange. After striking the gong to declare the trade open he addressed the distinguished audience and members of the Mumbai Stock Exchange. During the course of his speech he made one interesting observation. Stating that India has not hosted Olympic games till now he went on to add that he is prepared to host them at Amaravati.

That India an important country in the world could not till now host Olympic Games is a matter of concern for all of us as Indians. But it is also worthwhile to take a look at experiences of different countries which hosted the Olympic games to see how Olympic Games could impact economies of those countries. In fact the last four summer Olympics were held in countries with different levels of economic development.2004 Olympics was hosted by Greece in the city of Athens, 2008 in Beijing by China, 2012 at London by England and in 2016 Rio by Brazil.

England is a developed country and is member of G7 group representing the seven most powerful economies of the world. China is the second largest economy in the world and is a fast growing economy . Greece, though it enjoys high levels of income and human development index its finances are in bad shape with huge debt burden and is considered the sick man of Europe being bailed out at regular intervals by the European Union .Brazil is a developing nation beset with all the problems of corruption, social tensions, inequalities and low levels of growth that characterise most of the developing nations.

Budgets for conducting Olympic games are quite substantial. They cover the operational cost of conducting the games, venue construction and related infrastructure. Estimates for different countries vary depending upon the local cost of construction and which part of the external infrastructure is shown as part of the Olympic game expenses. Cost of conducting Olympics at Athens is estimated at US$9 billion which roughly translates to around 65,000 crore. London Olympics cost is estimated around US$ 15 billion roughly around 100,000 crore of rupees.

Beijing Olympics are estimated to cost US$ 44 billion corresponding to 300,000 crore of rupees. The estimates for Rio Olympics vary from US$13 billion-US$20 billion depending upon which part of the infrastructure built during that period is shown as part of the Olympic expenditure. Even taking the lower figure of US $13 billion the cost is around a lakh of crore rupees.

The lowest estimate for Rio Olympics which is held in 2016 is as big as the budget of the state of Andhra Pradesh which is around Rs 130000 crores or is 4% of the central budget of India which is around Rs 25 lakh crores. No wonder, a country like Singapore never hosted Summer Olympics (youth Olympics of a much smaller scale were held in 2010 in Singapore). Italy opted out of summer Olympics of 2024 on cost considerations.

Olympics had a positive impact on the British and Chinese economies. Both the economies were large and mature enough to leverage the infrastructure spending on Olympics and the revenues that came along with games resulting in a virtuous cycle of economic growth. They already had plans of how to utilise infrastructure built for the Olympics. For example in London main Olympic stadium was converted into a state of the art soccer stadium.

Impact of Olympics was negative both to Greece and Brazil economies. One economist has calculated the drain of Olympics at US$12 billion, 5% of GDP of Greece. The chief legacy of Olympics to Greece became debt and the country famous for ancient ruins started showcasing modern ones as well.

ALSO READ:  Are 'Hospitals' In Hyderabad 'Preying On Patients’?

The impact of Olympics on Brazilian economy was much worse. Country plunged into economic crisis even before the games started. The facilities built could not be put to proper use and started decaying. Country also did not get proper branding after the games due to problems in hosting the events themselves.

Thus there is a long way to go before India can qualify to hold Olympics in such a way that they will have a positive impact on the economy and lead to a virtuous cycle of growth and development. There are more important issues of human development index, infant mortality rate , literacy overall growth rate of the economy which need immediate attention. Once we reach a certain level of achievement both on the economic front as well as on human development index we automatically qualify to hold the games in a manner to leverage them positively for the economy. #KhabarLive