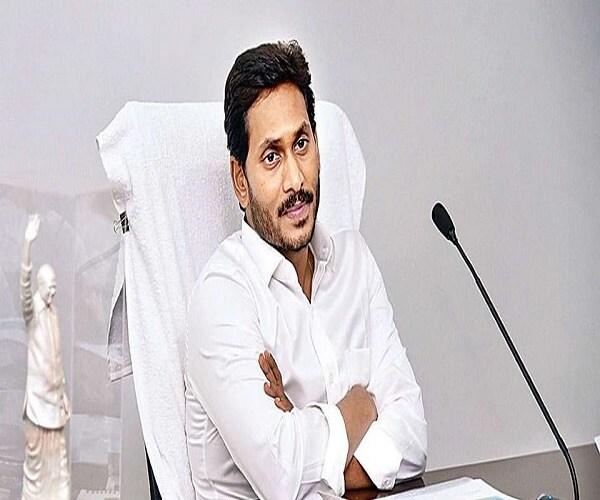 That Andhra Pradesh chief minister Y.S. Jaganmohan Reddy has been unwittingly caught in a Catch 22 web over the controversial NRC-CAA, is evidenced by the U-turn in his stand.

Addressing a gathering after laying a foundation for a steel plant in his home town of Kadapa, Reddy, considered to be soft towards the NDA government at the Centre, sprang a surprise by opposing the NRC (National Register of Citizens) initiated by the NDA amidst accusations of using the exercise as a tool for driving a communal divide in the country. Jagan Reddy endorsed the statement of his deputy chief minister Amzath Basha Shaik Bepari who joined fellow aggrieved Muslim protesters in opposing the “draconian” NCR-CAA legislations.

The YSRC chief changed his stance soon after Asaduddin Owaisi of the AIMIM, at a mammoth rally of Muslims at his party’s Hyderabad headquarters in Darussalam, appealed to Jagan Reddy to withdraw his party’s support for the CAA.

The voting of the YSRC members in the Rajya Sabha and the parliament for the passage of the CAB (Citizenship Amendment Bill) had literally set the cat among the pigeons in the YSRC camp. A Muslim legislator of the YSRC in Guntur district joined the protest demonstrations opposing the NRC-CAA a day before Jagan made a U-turn with a promise to stall the NRC exercise in his state.

The YSRC sought to present different perspectives on the NRC-CAA, asserting that its leader had not made any U-turn. Reddy’s political advisor Sajjala Ramakrishna Reddy told the media, “We see NRC and CAA as distinct from each other and that his party’s voting for passage of the CAB (Citizenship Amendment Bill) and Jagan’s anti-NRC rhetoric are not conflicting to each other”.

When the CAA came into existence, the YSRC thought it was a distant threat for the party based in a state alien to refugees from the neighbouring Muslim countries and so the party voted for it. The statement from Union minister Amit Shah that the NRC would be implemented across the country made the YSRC top brass sit up and take notice of its lurking threat, said analysts.

Reddy set to join opposition league?
With his latest stand, Jaganmohan Reddy is set to join the league of chief ministers from opposition parties who are trying to stall the NRC-CAA in their respective states. Telangana chief minister K. Chandrasekhar Rao, who is obliged to please Asaduddin Owaisi‘s AIMIM (All India Majlis-e-Ittehdul Muslimeen) and the predominantly Muslim voters in his home state, sent out clear signals of disallowing the NRC-CAA by opposing the CAB in the parliament.

West Bengal chief minister Mamata Banerjee, her Odisha counterpart Navin Patnaik, Amarinder Singh of Punjab, Kamal Nath of Madhya Pradesh, Rajasthan chief minister Ashok Gehlot and Kerala chief minister Pinayrayi Vijayan so for have explicitly clarified that they would not allow the implementation of the NRC in their states.

K. Raka Sudhakar Rao, a political analyst, told #KhabarLive that states, whether ruled by opposition parties or the BJP, have little say in implementing the NRC-CAA. Articles 5-11 of the Indian constitution have delegated powers to the Union government to enforce the NRC with the prerogative to decide which foreign nationals to accord citizenship to.

The Andhra Pradesh chief minister desperately needs the BJP’s backing to single out N. Chandrababu Naidu of the TDP in an on-going fight to decimate his rival. In a bipolar national political setting, Jagan, in no way, can go back to the Congress, after its leader Sonia Gandhi jailed him in the money laundering cases, by antagonising Prime Minister Narendra Modi.

Naidu, after facing the worst-ever humiliating electoral battle in the state and parliament elections by pulling out from the NDA early in 2019, appeared eager to find common ground with the Narendra Modi-2.0 government by voting in favour of the CAB so as to combat his invincible rival with renewed vigour. Naidu’s break-up with the BJP and his lone poll battle made Jagan’s win almost a hassle-free exercise.

Feeling the heat
But Jagan’s game plan is facing hiccups with Muslims – his party’s solid vote bank – growing restive and hitting the streets against the NDA for piloting the NRC-CAA with apprehensions among minority religious groups of being subjected to exclusion under the BJP rule. Muslims, with 12% of the electorate, Christians and Dalit-Malas formed a part of the YSRC party’s exclusive core vote bank in the state which now appears unstable with the BJP’s top-brass vigorously pursuing the NRC-CAA all over the country.

Christians fear that they could be the next target in the BJP’s agenda of communal polarisation. The Muslim community threw its weight behind Jagan, who is also a Christian, in the 2019 elections, hoping that he would be the best bet to defend its identity. Although Christians, as a religious community, constitute a small proportion of the state’s population, a majority of the Dalits who constitute a sizeable chunk of voters, have pro-Christian beliefs. Muslims continued to be a loyal vote bank for Jagan since his late father Y.S. Rajasekhar Reddy, during his period as chief minister in the combined Andhra Pradesh, offered them a 4% quota.

In a calculated move, Jagan picked a Muslim leader from his native district of Kadapa and made him one of the five deputy chief ministers in his government. Muslims reportedly viewed Naidu’s party as unreliable when it came to safeguarding their interests on account of its track record of cosying up to the BJP in the past.

Mohammed Farooq Shubli, president of Andhra Pradesh Muslim Hakkula Parirakshana Samithi from Vijayawada, accused the chief minister of playing a double role by voting for the CAA in the parliament and opposing the NRC outside.

The NRC and CAA are not separate entities as viewed by the YSRC. They are twin weapons aimed at helping the BJP discriminate against Muslim minorities and curtail their religious freedom on the pretext of sieving out illegal immigrants.

If Jagan Reddy fails to live up to the expectations of Muslims in defending them against the threat of the NRC-CAA, he is likely to suffer a huge dent in his Muslim minority vote bank, Shubli has warned. To this end, the Muslim leader cited the voting behaviour of Muslims in the 2019 elections which, according to him, saw a considerable shift in favour of the TDP due to Jagan’s perceived pro-BJP overtures. #KhabarLive