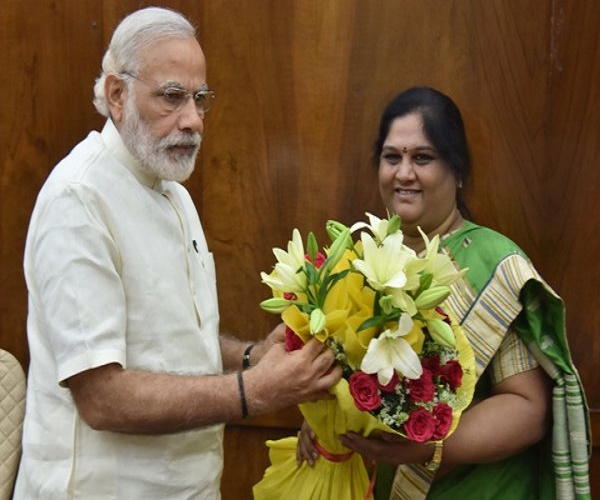 The political development is continious in Andhra Pradesh politics, as the equations and dynamics are changing towards ruling TDP and national party BJP at the centre.

Araku MP Kothapalli Geetha was elected on YSR Congress Ticket in 2014 elections and tried to get close to TDP thereafter. But then since TDP has given no ticket guarantee in 2019 elections, Geetha is cozying up with BJP now.

She had announced that No Confidence is nothing but a drama and not a single brick is laid in Amaravati even after Center gave 3500 Crore. She even went on to say that she brought 25000 Crore for her constituency alone with Center’s help.

25000 Crore is not even spent on Modi’s own Varanasi Constituency. She has to explain how that 25000 Crore was spent in the constituency. The MP keeps her options open by saying that she will not tell which party she is in until six months before the 2019 General Elections. #KhabarLive