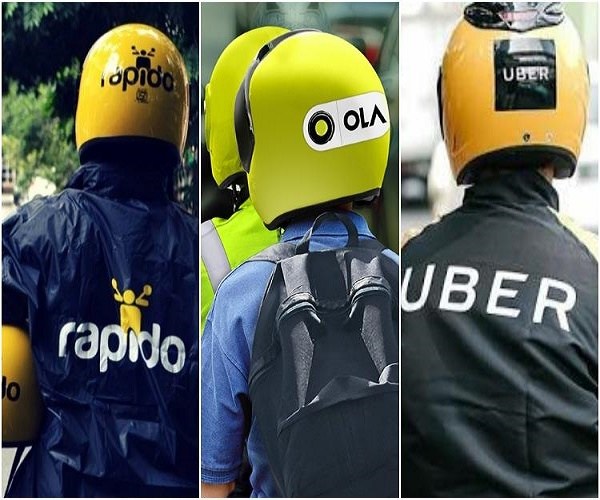 On April 21, a person riding pillion on an Ola Bike died after the two-wheeler was hit by a truck in Punjagutta, Hyderabad. According to the police, Avinash Ranbaore, a software professional, had hired an Ola Bike from Cyber Towers to go to Secunderabad. While the driver was able to escape with injuries on his arms and legs, Avinash died on the spot due to severe head injuries.

The police confirmed to #KhabarLive that Avinash was not wearing a helmet. However, according to information on Ola’s bike service website, Ola is supposed to provide the rider with a helmet. The accident has raised questions about the safety of pillion riders on bike taxi services in the city.

In Hyderabad, there are several players offering bike taxi services including Ola, Uber and Rapido. And while all of them are supposed to provide a helmet for the rider, driver partners rarely carry a helmet with them for the pillion rider to wear.

Riders say they weren’t given a helmet
#KhabarLive spoke to several users of Uber Moto, Ola Bike and Rapido in Hyderabad. They allege that they have not been given helmets while availing the service.

Vivek Reddypally, who works in Gachibowli and uses Ola Bike and Rapido in that area says that while a helmet was provided initially, it’s been a while since that stopped. “They don’t seem to care about it these days. Sometimes, even the driver is not wearing one,” Vivek says. He adds that there were times he asked the driver for a helmet, but was told that they didn’t have an extra one because it was difficult to carry one.

Kapil Dutta, an entrepreneur in Hyderabad who uses Uber Moto and Rapido says he was never provided with a helmet too. “And every time I used it (the services), I wondered about this. The first time I used a bike taxi, the driver had a helmet locked on the backside of the bike. I realised later that it was for him. He wasn’t wearing a helmet and wore it only when I insisted.

Even the police don’t care about this in Hyderabad, which doesn’t make any sense whatsoever. Because if the bike meets with an accident, the driver might not suffer major injuries, but the pillion rider would, which defeats the whole point of wearing helmets and making a law for it in the first place,” he argues.

Sanketh Maturi, an engineering student who uses Rapido in Hyderabad, says that he never saw bike the taxi drivers carrying an extra helmet so didn’t bother asking for one.

What the bike taxi companies say
Ola and Uber declined to officially comment on the same. However, Ola’s rules for the bike taxi service come with the requirement of mandatory safety gear in the form of an ISI-certified helmet and a first aid box, both of which are seldom seen. And while Ola advises users to cancel rides if there is no helmet provided, there is no such indication or instruction on the app while booking a ride.

Uber too, has a policy in place where every Moto driver needs to carry an extra helmet. It also has a team to address complaints if a helmet is not provided. However, there is no indication of the above on the app for a rider to see while booking a ride.

In a statement to #KhabarLive, Rapido said, “Rapido is highly concerned for the safety of its Captains and customers. It has a ‘dual helmet policy’ where helmets are provided to both the Captain and the passenger. Not only this, showers caps are also provided to the customers for personal their hygiene. All the rides are insured. Your insurance cover begins the second you are seated on the Rapido ride and ends when you reach your destination. The organisation provides insurance up to Rs. 3 lakh which covers basic injuries too.”

“Apart from the above, the app has GPS, live tracking, SOS and live chat facilities. It has an option for the users to share their ride with their trusted contacts. Rapido has a separate emergency team which assists and takes inbound calls in real- time in case of minor to major accidents. Both the captain and the customer will have the facility of the call button during the ride through which they can reach out to emergency team and get the required assistance,” it added.

The company also said that the speed limit of the bikes was 40 km/hour, “which if exceeded by the Captain will create an alarm and a complaint will be registered against the captain. This Speed tracking (Telemetry) technology helps to identify the captains’ behavior and take necessary actions.”

When a Rapido trip ends, the rider is asked for feedback which includes questions on whether a helmet or a shower cap were provided during the ride. Every Rapido ride also comes with an automatic insurance cover for death, temporary and permanent disability, hospitalisation and OPD expenses in the event of a mishap during the ride.

However, the enforcement of these rules is not looked at strictly by any of the players. Drivers too, are not held accountable on an everyday basis, unless a complaint is raised against them.

What the traffic rules say
According to Section 129 in The Motor Vehicles Act, 1988, every person who rides a bike must wear “protective headgear conforming to the standards of Bureau of Indian Standards.”

According to the Hyderabad Traffic Police, failure to do so will attract a penalty of Rs 200 under Section 177 of the MV Act. However, unlike cities like Bengaluru, the police in Hyderabad does not insist on pillion riders wearing a helmet; neither is there political will to make it mandatory.

Need for stricter enforcement
Vinod Kumar Kanumala, founder of the Indian Federation of Road Safety, argues that helmets should be made compulsory for the pillion riders as they are at a greater risk.

“The companies should take moral responsibility as a person is getting on as a passenger on a two-wheeler. Their safety is important as during a mishap, they will have no control while sitting behind,” he says. “There also needs to be a checklist to ensure that the drivers are well-trained and understand the importance of following traffic rules,” he adds.

Vinod rues that the traffic police in Hyderabad are not insistent on pillion riders wearing helmets. “The officials must make it mandatory like it has been made in many other cities.”

“The cops need to check if the pillion rider is wearing helmet, regardless of whether it’s civilians or service providers for private companies. They need to strictly enforce this so that everyone wears helmets,” Kapil adds. #KhabarLive