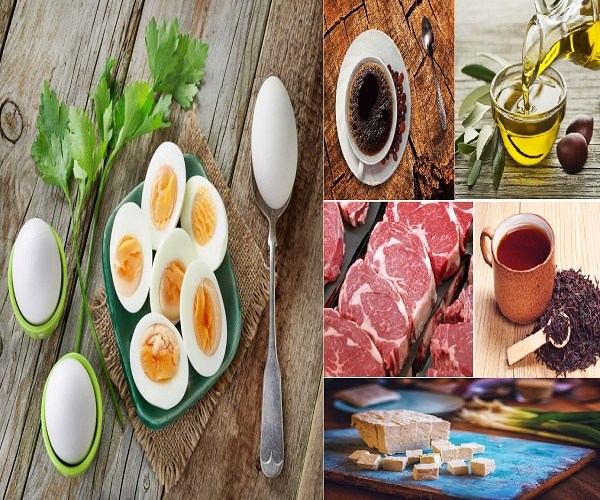 In this age of TMI (Too Much Information), how should we keep ourselves dry from the unstoppable deluge of health studies, which — more often than not — end up contradicting each other’s findings? With so many health studies hitting us every day, how are we to decide what to eat?

Take coffee for example. Alternately, its villified (promotes heart attacks, high blood pressure and anxiety) and valourised. Just last month, a study by Queen Mary University of London (QMUL), part-funded by the British Heart Foundation (BHF), concluded that even 25 cups of coffee a day may not be harmful to health.

Pick any food randomly from your kitchen pantry and chances are it is sitting in the middle of a studies-led tug-of-war. What’s the consumer to do?

“We need to understand that we are evolving everyday. Some health guidelines of the last decade can be overturned by studies today mainly because of the drastic change in our food preferences and lifestyle,” says Dr. Habeebuddin, clinical dietician, MedYog Hospitals in Hyderabad in a formal chat with #KhabarLive.

The thing to understand, says Dr. Habeebuddin, is these studies are not to be interpreted by the individual. “It would be highly [misleading for] the common man [if they began to] simply compare the conclusion of studies based on particular foods without understanding the differences of sample population or research method.”

Health studies are meant for scientific communities offering them scope for future research and improve current health practices, he says.

So what should the hapless public do? “Follow governmental health guidelines or govt-recognised websites for medical education and research. Any information published through private sites should have been prior reviewed by a committee of experienced medical specialists or individuals with govt health department affiliations or licensure,” he advises.

Another important point: A food that is healthy for one individual might not suit another. Genetics, age, pre-existing disease conditions, stress, food processing, are all factors which affect an individual’s relationship with food and health. “Research conclusions should only be seen as contribution of knowledge to the existing pool of scientific information; not for consumers to carry along to the grocery store.”

Good egg vs bad egg
Let’s take a look at the chequered fate of eggs, for example, which have been a top favourite of review studies.

Contradictory conclusions? Yes. But they are also complementary in offering more clarity on the effect of eggs on heart disease, he says.

What should the consumer conclude?

Choline, a nutrient in egg, has also shown to prevent fatty liver and this overall effect prevents our body from producing its own cholesterol.

Egg is a whole food and reducing egg intake or elimination of the yolk from the diet completely does not effect health.

Having eggs on a reasonable amount of one per day or 4 per week is evidently known to not affect health negatively.

Caveat: According to the American Heart Association, chronic diabetic patients with a genetic risk of coronary heart disease and high blood cholesterol should be mindful of their overall dietary fat intake, focusing more on eliminating transfats and processed fats in their diet.

Egg is a whole food and reducing egg intake or elimination of the yolk from the diet completely does not affect health. One egg per day or 4 per week is evidently known to not affect health negatively.

Someone help me make up my mind!

BAD: 5 to 6 six cups of coffee per day to weight gain and metabolic syndrome (2013) study by the Western Australian Institute for Medical Research (WAIMR) and the University of Western Australia’s School of Medicine and Pharmacology).

In August 2013, the results of two studies on coffee (one by Mayo Clinic Proceedings, the other by Duke-NUS Graduate Medical School) came out around the same time – and while Mayo equated coffee consumption with premature death, the other described it as a way to live longer.

GOOD: 25 cups of coffee a day is good for you: Queen Mary University of London (QMUL) study. The research was part-funded by the British Heart Foundation (BHF).

GOOD: Those who ate a diet high in extra-virgin olive oil were 30 per cent less likely to suffer a heart attack or stroke. (Researchers in Spain who spent five years studying the effects of olive oil. Their findings were published in the New England Journal of Medicine in 2013).

BAD: Olive oil reduced blood flow to the arteries by 31 per cent after consumption (thus promoting heart disease). Research by Dr Robert Vogel of the University of Maryland School of Medicine published in Journal of the American College of Cardiology in 2011.

BAD: Eating most tofu during midlife had up to 2.4 times the risk of later developing Alzheimer’s disease. Men who consumed tofu at least twice weekly had more cognitive impairment, compared with those who rarely or never ate the soybean curd. (Study involving elderly Japanese-American men by the Hawaii Centre for Health Research.)

GOOD: The positives of soy, in studies too numerous to quote, are that it is supposed to combat many things: from prostate and colon cancers, high LDL cholesterol, menopausal symtoms to osteoporosis.

GOOD: Drinking a cup or more of Black Tea daily had a 44 per cent reduction in risk of heart attack compared to non-tea drinkers (Harvard study on heart patients, men and women).

BAD: Heavy tea consumption linked with esophageal cancer, according to a study published in the British Medicine Journal.

Toxic cuppa: 30 common off-the-shelf varieties of black, green, white, and oolong tea bags when steeped for 3-4 minutes and for 15-17 minutes showed 73% of lead and 83% of lead respectively. (Study in the Journal of Toxicology in 2013.)

Conclusion? Toxic contamination by heavy metals was found in most of the teas sampled.

There have been scores of studies on increased levels of inflammatory and oxidative stress, and Type 2 diabetes and CVD due to high red meat consumption.

GOOD: Higher red meat consumption has a link with better neurological functioning! (Study in the European Journal of Epidemiology).

No link found between moderate meat consumption (up to three ounces a day) and premature death.

Plenty of studies say the link between red meat and heart disease is inconclusive. #KhabarLive