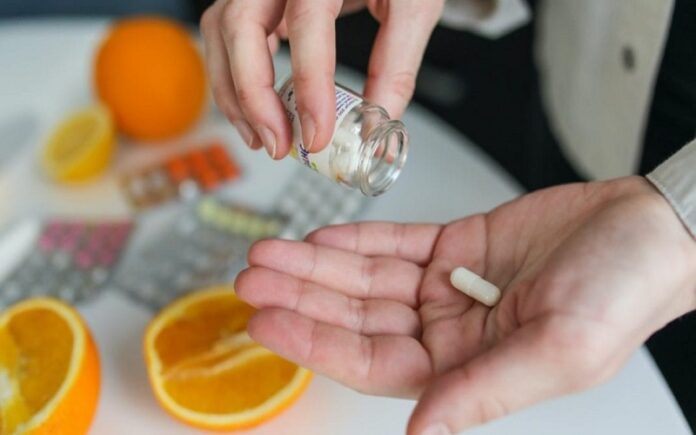 There is no scientific evidence to support claims of companies selling ‘immunity boosting‘ foods which supposedly enhance immunity. The body’s natural process is already working.

With no scientifically established treatment for Covid-19 yet and a vaccine still in the trial stage, the buzzword during the past eight months has been ‘immune system’.

Since the coronavirus pandemic struck, over 6.5 lakh people have died across the world, while lakhs of others have been infected. Recovery in most cases has largely been reliant on the human body’s natural defence, the immune system.

Ayurvedic concoctions, fruit juices, vitamin pills, zinc tablets, hand sanitizer, face masks — despite the lockdown, the market has been flooded with an array of products that claim to boost one’s immunity.

Advertisers’ messages seem to indicate that the body’s natural defences can be strengthened or enhanced by the consumption of certain foods or the use of specific products. But can these products really protect you from Covid-19? Or, can functional food or nutraceuticals (dietary supplements) boost your immunity?

This is what the science says:

Can the immune system be ‘boosted’?

The short answer is no. Immunology experts say there is no way for healthy adults to improve their immunity through foods or products.

“Immunity is a much-abused word that people do not fully understand. The immune system is very complex. These claims about boosting immunity are irrational and unscientific,” said Ram Vishwakarma, a noted immunologist and former director of the Council of Scientific & Industrial Research’s Indian Institute of Integrative Medicine.

The immune system is activated by things in the body that the body doesn’t recognise as its own, such as bacteria, viruses or even particles that cause allergy, like pollen. Most pathogens have a surface protein on them that the immune system recognises as foreign. These are called antigens.

The production of these cells and their mechanisms are controlled by cytokines, which are proteins that mediate signalling between immune cells. Their functioning and creation is not controlled or modulated or even improved by foods or products.

“Immunity is not one thing. There is a range of molecules and cells in the body that don’t do anything until they are triggered by some outside stimulus,” Satyajit Rath, an immunologist at IISER Pune, told #KhabarLive.

If by saying that a person has low immunity, one is implying that there is not enough of these (cells and molecules) being produced by the body, by and large, it is not true of any healthy adult, Rath said. “A deficiency in any of these leads to major childhood diseases. But in ordinarily healthy people, this is not a problem — so what exactly are we trying to boost?”

One of the consequences of stimulating or activating any of these components in the absence of infection is inflammation, he added. Inflammation occurs when a site of infection or illness or cellular damage gets swollen, red, warm, sore, and painful.

Stimulated immune systems release pro-inflammatory cytokines in large numbers, which can cause soreness and pain. “So if someone says that they are boosting my immunity, I would be very worried,” said Rath.

What builds an immune system

A meta-analysis of studies and articles on the internet have found that the myth of “boosting immunity” is extremely pervasive. One such study found that of the 37 approaches that claimed to boost immunity, the top ones recorded were diet (77 percent of webpages), fruit (69 percent), vitamins (67 percent), antioxidants (52 per cent), probiotics (51 percent), minerals (50 percent), and vitamin C (49 percent). Interestingly, vaccines ranked 27th, with only 12 per cent of web pages mentioning them.

The root of one of the biggest misconceptions, which is that consuming more vitamins than required helps the immune system, was the speculative and incorrect theories put forth by pioneering chemist Linus Pauling.

While the double Nobel Laureate (Chemistry 1954, Peace 1962) excelled in his field of specialization, he was criticized for his unproven theories on the immune system even during his time. Most notoriously, Pauling was directly responsible for the myth that Vitamin C can help prevent or cure colds.

It has been proven since, time and again, that mega-doses of Vitamin C or of any kind of vitamin are not effective on the body at all. Another misconception doing the rounds is that zinc tablets can play a role in mitigating Covid-19. However, this isn’t backed by evidence either.

“Zinc is not an immunity booster. It is an essential mineral for the body which is a ‘cofactor’ for a large number of proteins and enzymes,” Vishwakarma said.

Like zinc, vitamin C is also a cofactor and is important for the body to function.

In biochemistry, cofactors are non-proteins and can be thought of as helper molecules. They are usually a compound or a metallic ion that is required for an enzyme to act. Cofactors are catalysts — a substance that increases the rate of a chemical reaction — to many of the body’s essential functions.

“If you have a deficiency of these essential micronutrients, you will face a problem,” Vishwakarma said. But, if a person does not have any such deficiency, an excess amount of the vitamin molecules in the body does not improve one’s chances of fighting off a virus.

“Earlier, when famines were rampant, zinc and vitamin C deficiencies used to be common. Now (they are) rare as both are found in many food sources,” said Sunil K Noothi, a former postdoctoral fellow at the Department of Pathology at the University of Alabama in Birmingham.

Unless someone is starving or following an extreme diet depleted of nutrients, zinc and vitamin C deficiencies are rare, he added.

Micronutrient deficiencies are prevalent in India, iron and iodine deficiencies most of all. For such deficiencies, doctors diagnose and prescribe supplements. However, restoring the levels of micronutrients in the body through supplements takes time and will not provide immediate protection from Covid-19.

An extremely “boosted” immune system, in the context of no scientific definition for ‘boosting’, can also be problematic.

In severe Covid-19 cases, the body launches an aggressive immune response resulting in the release of a large amount of pro-inflammatory proteins. This is known as a cytokine storm and is one of the common causes of death in Covid-19 patients.

“Why would anyone want to boost the immune system when the culprit behind Covid-19 fatalities is the overactive immune system?” Noothi pointed out.

Consumer capitalism adds to the myth

If immunity cannot be improved, and there are immunocompromised individuals or those who are susceptible to infections, how do they stay safe in a pandemic caused by a highly infectious virus that spreads invisibly?

The most effective way is by keeping our communities safe, said Rath.

However, most working-class houses in India do not have this luxury of basic community hygiene. In the context of Covid-19, most households do not even have the space to maintain physical distancing during a pandemic.

Brands have become experts at exploiting this loophole, putting forth all kinds of miraculous substitutions. And here is where individual consumer capitalism kicks in, said Rath.

“The alternative is for each one of us to be able to buy individual protection. The verb ‘buy’ matters here, because this is about market forces. People are told that they don’t have to worry about community hygiene, instead the businesses sell you a product that they claim will specifically protect you from all sorts of diseases going around,” he said.

What this propagates is the idea that one can stop worrying about what happens in the community if one can afford some remedy that improves their individual and personal protection — that is what this business is all about, explained Rath.

Immunity boosting is a quintessential example of individual consumerism that a capitalistic society depends on, he added.

“The idea of boosting immunity has been around in the country for 30-35 years. It connects to the fact that as India opened up to the consumer market economy, and with that came the idea that ‘affordable’ medicines can boost personal immunity,” Rath said.

The idea is especially pervasive among unproven ‘natural’ remedies.

Agreeing, immunologist Vishwakarma said, “There may be a lot of drug-drug interactions. If people are consuming modern medicines, and then also start consuming potentially medicinal herbs, we do not know (how) the components of the herb will interact with the drug. These unapproved medications have adverse effects on your kidney and liver.”

In light of the pandemic, it is not just foods but also products that have sprouted in the market that claim to boost immunity. This isn’t new either. Back in 1918, when the Spanish Flu was raging, companies jumped in on the opportunity to hail themselves as immunity boosting.

However, no products were ever proven to be effective in improving immune responses. There is also no conclusive, unequivocal clinical proof of efficacy for most nutraceuticals or “immunity-boosting” foods, said Vishwakarma.

There are indeed processes that do affect our immune cells and improve their responses. The best one of them, perhaps, is exercise.

Exercise or intense physical activity results in cellular damage and induces an immune response, which floods sites of damage with immune cells. Many studies have shown that moderate exercise of fewer than 60 minutes can improve the circulation of anti-inflammatory cytokines, neutrophils, natural killer cells, T cells and B cells.

This can work effectively — not for combating diseases at a specific point in time, but to combat stress hormones in general, which can suppress immune cell function.

However, while the nature of these immune responses is transient, the selective response over a period of time can train a subset of immune cells to jump into action more effectively when needed. This would also increase immunosurveillance (monitoring for foreign bodies) in our system, especially among those who might be obese or suffer from lifestyle diseases like Type 2 diabetes and hypertension.

Proinflammatory cytokines do not reach high levels during moderate, short-duration exercise, but they can do so during high-intensity exercise. Extremely high-intensity exercise leads to a short duration of compromised immunity, increasing the risk for disease in this time period. This is one of the reasons marathon runners or professional sportspersons tend to catch a fever or cold in the days following a sporting event.

The immune system can also be compromised by many lifestyle habits such as smoking, which is known to affect T and B cells, among a host of other parameters.

Lifestyle diseases like Type 2 diabetes by themselves result in compromised immune systems. High blood glucose levels due to insufficient insulin results in an inflammatory response, which damages pancreatic cells and leads to hyperglycemia, which in turn causes dysfunction in the immune response. This is why diabetic patients are particularly susceptible to other kinds of infections.

However, there currently exists no evidence of any consumable foods or topical use of products being able to induce an improvement in immune function. The only scientifically proven way to boost immunity, the immune system, and an immune response is through vaccinations. #KhabarLive #hydnews