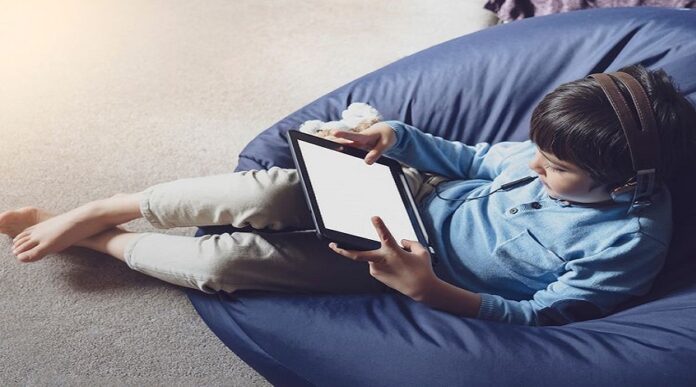 Experts sound alert on excessive time spent online while being confined indoors. The COVID-19 lockdown has worsened children’s screen-time addiction and put them at greater risk of mental health issues, experts in Hydrabad have warned.

Parents must moderate children’s screen-time especially now as many students will be taking several hours of online classes daily as the new term begins from August 30, a webinar titled ‘Over Exposure to Screen Time’ said this week. The virtual event was led by child psychologist Dr Mona Ibrahim from Gayatri Health Centre in Hyderabad.

“From aggressive behaviour and decrease in social skills to attention problems and a rise in sleep problems,” children have been impacted by more screen-time as a result of staying home all day, said Dr Ibrahim, the centre’s clinical director and family counsellor.

Schools were forced to close in March because of the pandemic and movement restrictions meant children were confined to home for months. They spent hours daily facing screens for online classes and followed it up with video games and internet browsing to kill time.

Heavy consumers
It is estimated that children aged eight to 18 consume about eight to 10 hours of media content per day, not including for work or for school, according to the American Academy of Paediatrics.

Dr Ibrahim warned, “a percentage” of such heavy users “will show up in clinics in a few months” if they continue spending so much time in front of the screen.

Most vulnerable
Especially at risk are very young children as the brain is still growing and developing in the first three years, she added.

“Almost every pre-schooler between two and four who visits our centre showing signs of developmental delay is skilfully using their parents’ smartphone.”

Children below three should have “zero screen-time”. Parents who wean off such young children from electronic devices have seen “dramatic improvement” in their mental health in a few months.

More screen-time means more space for abusive behaviour online. Teenagers are at risk of exploitation by child abusers online, she warned. In fact, some children, especially boys, are at risk of becoming “molesters” themselves.

Sexting pitfalls
“Sexting is a big issue. Maybe he watches something not right for his age and he tries to victimise younger children and he becomes a molester at a young age.

“With girls, ‘it’s ok’ or ‘cool’ to do sexting – and then someone puts it on social media… They can be subject to dangerous human traffickers and child abusers,” Doctor said.

‘It’s like giving your children drugs’
The “sensory overload” from screen-time mimics the effects of drugs, releasing the “feel-good hormone” dopamine.

“This has addictive properties. That’s why children scream when you take away the gadget. They’re not acting, it’s like taking away the drug from them.

“A full day of screen-time exposure is like giving your children drugs. This is a very serious issue.”

During the webinar, Dr Ibrahim also discussed signs of screen-time addiction and ways to manage it.

Fight the good fight
“Don’t shout at your children but don’t submit to them either. You have to win this fight of screen-time because if your children win, they will actually loose,” she said.

However, she drew a line between unhealthy screen-time and online classes.

After online classes, “make sure the children do things not related to screens”.

Signs your child could have a screen addiction

What should parents do

If the symptoms of screen addiction are exaggerated (meltdowns, extreme anger, for example), seek out professional help. #KhabarLive #hydnews