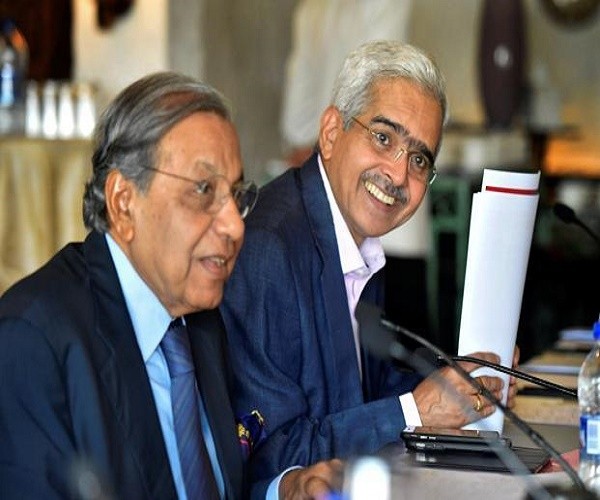 The issue of revenue sharing among states isn’t exactly a ‘North India vs South India’ debate. Rather, it is more of a poor-vs-rich issue. The terms of reference of the new 15th finance commission have stirred a hornet’s nest, with states in South India expressing their dissent over it.

Southern states are already paying more than what they receive from the central exchequer, and using the latest population figures to determine the size of fiscal transfers to states will benefit North India at the expense of the South, the argument goes.

However, a analysis of data on fiscal transfers shows that there are several holes in such an argument.

The first big hole is that unlike what has been portrayed, this isn’t exactly a “North India vs South India” issue. Rather, it is more of a poor-vs-rich issue. As the chart below shows, southern states are not the only ones which disproportionately contribute more to centre’s funds. Western states such as Maharashtra and Gujarat and northern states such as Punjab and Haryana also contribute more than what they receive from Centre.

We estimated states’ contribution to Centre’s tax revenue for the year 2016-17 using various sources to determine their share in different taxes. We used zone-wise data for excise and customs collections, after making necessary adjustments as zones do not always correspond to states. State-wise break-up of income tax, as provided by the Central Bureau of Direct Taxes (CBDT) was used to estimate states’ share in personal income taxes. For corporate income taxes, states’ GSDP has been used as a proxy instead of CBDT data, as the latter might be skewed in favour of a few states due to concentration of headquarters of corporations.

Data suggests that Maharashtra, Gujarat, Haryana and Tamil Nadu received less than Rs30 from the Centre—in the form of taxes devolved and other transfers—for every Rs100 they contributed to the Central exchequer in 2016-17. In contrast, states such as Bihar and Uttar Pradesh received around 200% and 150%, respectively of what they contributed.

This might suggest that the devolution of funds in India is very progressive. However, when viewed in per-capita terms, the picture changes completely, and the nature of fiscal transfers no longer appears very progressive. This is the second big hole in the southern argument.

In per capita terms, both Bihar and Uttar Pradesh received lesser transfers from the Centre in 2016-17 compared to Andhra Pradesh, Karnataka and Kerala. As the above chart shows, there is a weak but positive relation between per capita GDP and per capita transfers from Centre, which means that richer states on average gain more from federal transfers.

Compared to other large developing democracies, India’s devolution of resources is much more regressive, an international comparison shows. While the bottom one-fourth of poor states received around 22% of all transfers from the Centre in India, the bottom fourth received around 30% and 36% of all transfers in South Africa and Brazil, respectively.

In developed countries such as the US, the distribution of resources is much less progressive even when compared to India. But that is not the case with developing nations such as Brazil and South Africa. This is the third hole in the southern argument.

In India, the poorest fourth of states, ranked according to per capita GDP, refers to only Bihar and Uttar Pradesh which together form around a fourth of India’s population. The combined receipts from Centre amounted to Rs6,672 per capita for these two states in 2016-17. The next group of slightly richer states, comprising roughly another fourth of population instead received a much higher per capita transfer of Rs10,076. Such regressive outcomes hold true even when we rank states according to their poverty rate. In contrast, fiscal transfers in Brazil and South Africa are visibly progressive with poorer states receiving more money in per capita terms.

ALSO READ:  Why You Should Invest In Stock Market?

Given the widening inter-state disparities in the country, the case for India to redistribute more to poorer states has only become stronger in recent years.

Once we consider data on sub-regions within large states, the argument on the North-South divide in resources collapses entirely.

Southern states may have genuine grievances against the Centre such as those relating to the imposition of Hindi but complaints about fiscal transfers do not seem fair. Protests on this issue seem to be driven by short-term political considerations rather than economic logic. #KhabarLive