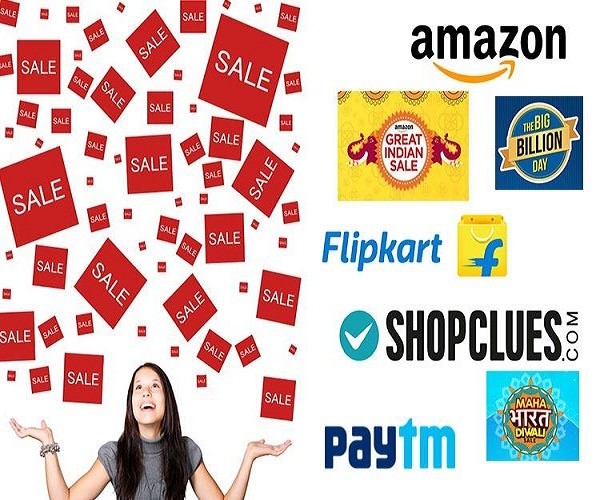 Why is there such a hype around online festive sales? From a customer point of view, it’s quite obvious – it’s the massive discounts promised by e-tailers. And it is on this promise that e-commerce companies hinge their hopes of generating record sales. Discounts from 50% to even 80% are promised.

But are these discounts offered during festive sales really deep? Do customers really get ‘great deals’ as promised?

It is a myth, a report says.

It gathered data from transactions that took place on its partner online channels which include both marketplace and brands online sales channels.

The data was gathered from over one million products sold across 30+ fashion brands in over 20,000 postal codes. The assessment was done during 26 sale event days and 217 non-sale event days.

According to the report, while there was a peak growth of 417% in orders during particular sales event days, during the same sales period the average selling price (ASP) dropped by only 17%, which is not a significant change considering the overall price fluctuations in the given period.

From a category point of view, the average discounts during non-sales days on apparel are 52%, while it is 54% during sale days.

This indicates that there are no ‘great deals’ and ‘deep discounts’ during sale days. The discounts are almost the same throughout the year.

Another interesting aspect is the focus all e-commerce companies, especially Flipkart and Amazon, have placed on customers from Tier 2 and Tier 3 towns.

Flipkart claimed that it saw a big shift in customers from Tier 3 and below cities, while Amazon claimed that more than 82% new customers coming to Amazon.in during the recent sale were from smaller towns and cities.

However, the Ace Turtle report suggests that discounts offered to these customers are lower than what customers in metros get.

With Dussehra and Diwali just around the corner, e-commerce majors such as Flipkart, Amazon, Paytm Mall and others launched massive sales last week. The e-commerce industry generated sales of around Rs 15,000 crore ($2.3 billion), according to RedSeer Consulting’s estimates.

Flipkart claims to have captured over 70% share of the entire Indian e-commerce market in the 5-day sale with an 80% increase in Gross Merchandise Volume (GMV) over last year. #KhabarLive