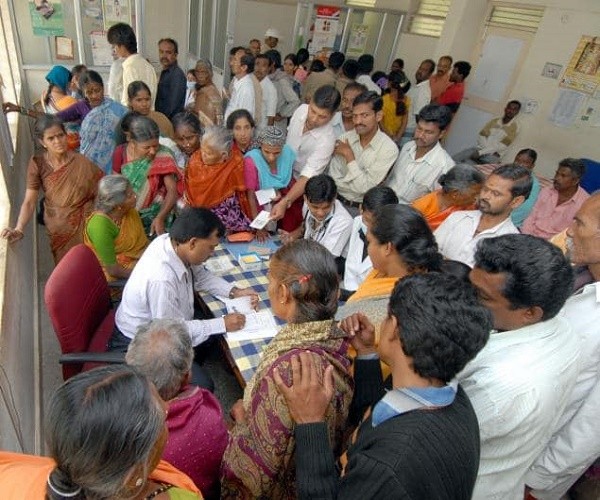 Private, corporate and other hospitals in the state have crippled the Arogyasree Scheme meant for providing free health services to the underprivileged people. Most of the hospitals either denied full treatment to the patients under Arogyasree or charge them illegally.

These facts were revealed after government appointed inspection officials have studied the approach of all hospitals registered for Arogyasree scheme, for quite some time.

Hospital managements found to be selling Stents, iron rods and plates and other material to the patients for which they claim money from State government. State government is spending Rs 600 crore every year for the scheme.

The inspection was done from April 1 to March 31 this year. Not only patients were denied major treatment but also they were charged for OP treatment and medicine.

Several corporate hospitals in Hyderabad were also found to be involved in this murky affair. Inspection officials have recommended stern action against 25 hospitals following their unscrupulous activities.

It was also found that some hospitals have started their branches only to be linked with Arogyasree scheme and some managed to be registered under the scheme without even having the basic eligibilities and equipment.

Government deposits the amount under Arogyasree directly into the hospital management accounts and this has lured many greedy corporate hospitals to start their branches for the same.

About 220 hospitals were registered under Arogyasree scheme before Telangana was formed and 100 more joined the bandwagon after bifurcation.

Similarly, 15 dental hospitals were with the scheme and 40 more joined the scheme after Telangana formation. There is a scope of claiming bills from Rs 10,000 to Rs 70,000 under dental treatments via Arogyasree scheme.

Despite all the mess, few public representatives are believed to be backing the corrupt hospitals and protecting them from any action. Inspections across hospitals are still going on and several more corrupt practices may be unearthed. #KhabarLive