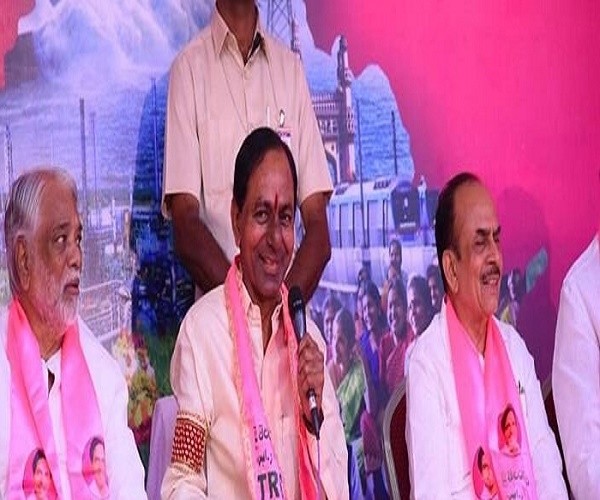 Telangana has set yet another record. This time, it’s in early poll race. The youngest State of India is going to polls in just 93 days after the premature dissolution of Telangana Assembly. That’s the shortest period a state has taken to complete the dissolution-to-poll process in the recent history. In 2004, Andhra Pradesh took a whopping 175 days while a year earlier, Gujarat led by the then Chief Minister Narendra Modi needed 147 days.

On September 6 this year, Telangana Chief Minister and TRS supremo K Chandrashekar Rao took people and his political rivals by surprise when he went for premature dissolution of the Assembly nearly nine months ahead of schedule. The dissolution process was completed in a matter of few minutes and the first Assembly of Telangana slipped into history.

In the media interaction later that day, he rooted for a November election, but many were skeptical whether his wish would be granted. However, the Election Commission of India moved much faster and came out with poll schedule within a month on October 6! So, Telangana will now go to polls on December 7, in a record 93 days after KCR dissolved the Assembly.

But recent history paints a different picture. On July 19, 2002, Narendra Modi, the then Chief Minister of Gujarat and now Prime Minister, dissolved Assembly and opted for early polls eight months ahead of schedule in the wake of large-scale riots. But EC refused to hold elections early, forcing the Vajpayee government at the Centre to knock at the Supreme Court with a Presidential reference on Article 174 of Constitution which mandates that time gap between two Assembly sessions should not exceed six months.

The apex court upheld EC powers and ruled that this Article would not apply to dissolved assemblies but said that election process should be started as early as possible in the event of an assembly getting dissolved. EC stuck to it guns and held elections for Gujarat Assembly on December 12 that year, a cool 147 days after the Assembly was dissolved.

A year later, Nara Chandrababu Naidu, Chief Minister of the then united Andhra Pradesh, took early poll gamble and dissolved AP Assembly on November 14, 2003, days after he escaped from a deadly landmine attack on his convoy by Naxalites in Tirupati. He expected EC to hold elections in January-February 2004. But his plan went awry as then Election Commissioner J M Lyngdoh refused to toe that line.

Finally, elections were held 175 days later on April 30 and May 7, 2004 and TDP lost the elections. Incidentally, Naidu remained a caretaker chief minister for a whopping 182 days even though Supreme Court ruled a year earlier that elections in such cases should be held as early as possible. On both these occasions, ruling parties in both states were part of the ruling dispensation at the Centre- the NDA government led by Vajpayee.

Interestingly, KCR has not gone through such a bad experience despite not being an official partner of the current ruling dispensation at the Centre. Probably, he got lucky or his political acumen did the trick. For, any further delay in the election process would have been a political disaster for the pink party, as happened to Chandrababu Naidu-led TDP in 2004.

That way, the first-round victory in early poll gamble has gone to TRS and its founder. The flipside however is that KCR’s success is likely to be a test case for other politicians who want to outwit political rivals with sudden and surprise polls. That may not bode well for our democracy.

Further, there is a downside as well to KCR’s first round victory. Telangana is going to polls on the day of Amavasya (December 7 falling on New Moon Day). Results are set for December 11, a Tuesday. Both days are inauspicious. For KCR who strongly believes in astrology and numerology, this may be unpalatable! #KhabarLive