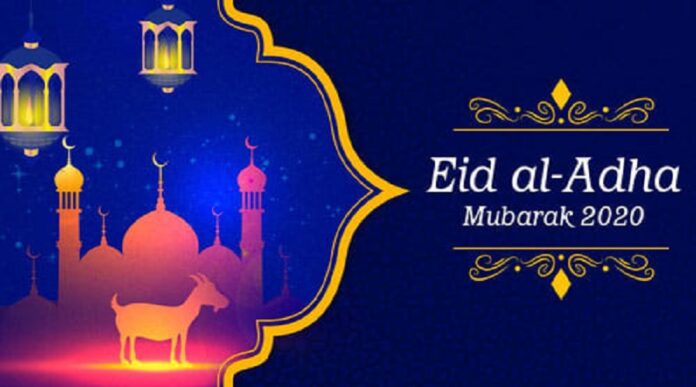 Eid-al-Adha or Bakrid will be celebrated in India on Saturday (August 1). Also known as the “festival of sacrifice”, Bakrid celebration lasts for about three days. It honors the willingness of Prophet Ibrahim, the messenger in Islam who was ready to sacrifice his son Ismail to prove his obedience to God. While he was about to sacrifice, God moved by his obedience, stopped him, and replaced the child with a lamb and asked him to sacrifice the animal instead of his son.

Bakrid is celebrated with much fervor and enthusiasm among people of Islamic faith across the globe. It is also when Hajj, a pilgrimage that all able-bodied Muslims are required to complete once in their lives, takes place.

ALSO READ:  What Is The 'Narcoanalysis Test' In India?

Muslim communities around the world celebrate the festival by sacrificing a male goat in the honor of sacrifice. The festivals begin with Eid prayer in Mosque and followed with their prescribed ritual of sacrificing goat which is later distributed in three proportions: poor’s, relatives, and themselves. They visit family, friends to offer wishes and celebrate together.

As per the Islamic calendar, Bakrid falls on the tenth day of the Dhu al-Hijjah which is the last month of the lunar year. The annual Hajj pilgrimage also takes place in this month. Celebrating Eid-al Adha is an act of sacrificing gratitude to Allah by sacrificing animals.

The significance of Bakra Eid lies in the sacrifice of an animal which is then feasted upon. The animal is gifted to friends and family, distributed among the poor, while, a part is cooked at home. Delicious delicacies are prepared to commemorate this day.

Bakrid, celebrations usually last for three days. On this day, people wake up early and offer their prayers to the almighty. It is a tradition to give gifts and new clothes during Eid 2019, while friends and family gather together to exchange these gifts and money and eat traditional food.

Muslims sacrifice a male goat on the final day and feast on it to celebrate Prophet Ibrahim’s supreme sacrifice and God’s compassion towards him. Some of the most delicious Bakrid feast dishes include mutton biryani, mutton korma, mutton keema, bhuni kaleji, as well as range of delectable desserts like sheer khurma and kheer.

In our lifetime, we give up on a number of things that are important to us, for a bigger purpose, similarly the sacrifice of animals is a symbol of willingness to sacrifice and stay true to our purpose. #KhabarLive #hydnews