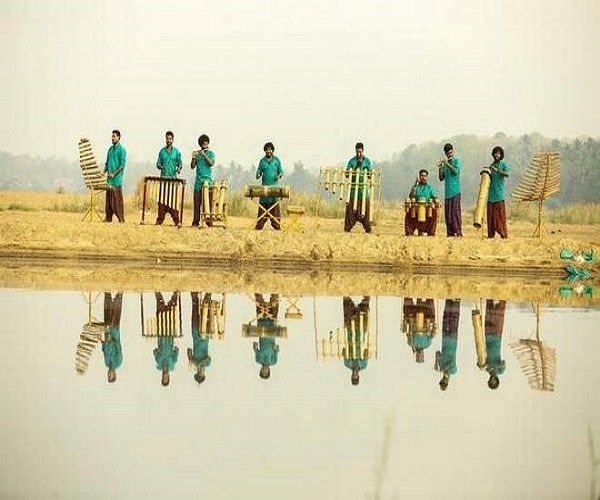 The cultural extravaganza to celebrate World Bamboo Day will also showcase the versatile plant material. The Bamboo Society of India has been celebrating World Bamboo Day for 10 years now. It was officially instituted by the Thai Royal Forest Department on September 18, 2009 at the 8th World Bamboo Congress held in Bangkok. “People and businesses from around the world use this day to raise awareness of the benefits of bamboo and promote its use in everyday products,” says Neelam Manjunath, Founder, Centre for Green Building Materials and Technology and Chairman, Telangana Chapter, Bamboo Society of India.

This year, the day will be celebrated with a festival that will showcase musical instruments, food and fabric made out of bamboo. “SG Neginhal, IFS (retired) who set off the greening of many cities including Bengaluru in the 1980s will be the chief guest,” shares Neelam, who spoke to #KhabarLive about the importance of Bamboo Day. Excerpts:

What are the topics to be discussed and the agenda for World Bamboo Day this year?
The Bamboo Society of India is launching its Karnataka State Chapter today to mark the beginning of planned activities for the development of the bamboo sector. The Karnataka Forest Department, Horticulture Department, and several other organisations working in the bamboo sector are also participating in the Bamboo Cultural Festival to create awareness.

Bamboo has been flowering rapidly, which indicates that it is in danger of dying out soon. We need to establish fresh bamboo plantations, develop more skills and revive a robust value chain for the usage of bamboo products at a global level.

What are the new avatars of bamboo?
Fibre from bamboo was extracted for various uses, but it is quite new to the textile industry. Yarn made from bamboo fibres, using the latest technology allows the fibre to be used for a wide range of fashion applications. The yarn can be used on its own or mixed with other fibres. Only the finished fabric retains bamboo’s original antibacterial property. Some studies have shown rayon-bamboo to also have a certain anti-bacterial properties. An advantage of using bamboo as an organic base for textile fibres is that there is no need to use pesticides or fertilizers during cultivation.

The fabric is very soft as the fibre is naturally smooth. There are no sharp spurs to irritate the skin. The fibres are lengthy with less piling; they can withstand multiple washes and last long.

The wonder material
India is the second largest bamboo-growing nation after China, and has 30% of the world’s bamboo resources but it constitutes only 4% of the global market. With 90 lakh hectare of bamboo forests, India captures only about 4.5% of the world market, while China with just 40 lakh hectare holds about 50% of the world market, according to the Bamboo Society of India. There are more than 1600 species of bamboo in several genera found across the world.

A fashion show with models sporting outfits made of bamboo fibre is part of the celebrations…
Bamboo has a variety of uses from baskets and toys to furniture and jewellery. Apart from the fact that bamboo can replace steel in construction, it can be an excellent roof and flooring material. The Centre for Green Building Material and Technology (CGBMT) has worked with INIFID Institute for the fashion show. While INIFID is designing all the apparel, CGBMT and Manasaram Architects are taking care of the design and execution on stage.

The music show will also feature bamboo instruments?
The Vayali Folklore Group from Thrissur, Kerala, with their unique bamboo-centred music have been getting a lot of attention. The band’s inspiration to form a bamboo music group came about following a tour of Japan in 2007. Back then they were an indigenous folklore group formed by artistes who kept their day jobs as carpenters, electricians and farmers, but took to music to keep tradition alive. They will be performing with 20 types of instruments made from bamboo, including bagu, djembe, drums, thambur, dran drunk, mariamba and flute.

What are the features of the DIY workshops?
We are organising two workshops, one for small products and another for an art installation with bamboo. The product workshop is in the DIY format where one can make any item with the help of artisans and volunteers and take it home. For the installations, we are going to make a trellis made of bamboo with festoons and bamboo wind chimes, that can be used to train creepers after the event by Lalbagh. Schools, colleges and the public have registered in large numbers for the workshop.

What are the advantages of bamboo in cuisine?
Bamboo shoots are low in calories, high in dietary fibre, and rich in nutrients. The shoots have protein, carbohydrates, amino acids, minerals, fat, sugar, fibre and inorganic salts. Shoots and rice (the seeds of a dying bamboo) will be used in various preparations such as pakodas, pickles, soups, pulao, biryani and payasa and the like. We are trying to have many stalls too. #KhabarLive