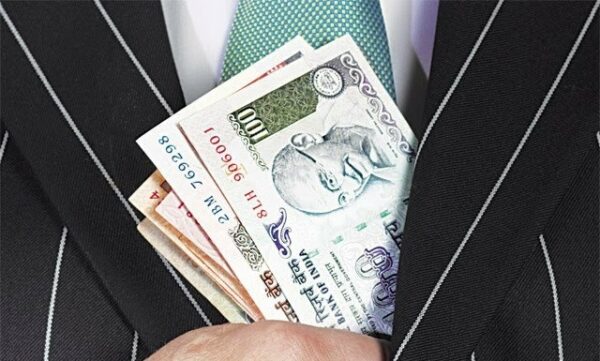 Some borrowers with no intention of paying back their loans are using their children to conceal their assets from banks during insolvency proceedings, forensic experts told KhabarLive.

Forensic investigators said they have found several promoters who used borrowings from banks to invest in real estate, land and commercial establishments in the names of children. Since children and senior citizens are not required to file tax returns, tracing assets that belong to them is tougher.

A public sector bank that hired a forensic agency to investigate an infrastructure company, which is not insolvent but has stressed loans of Rs 1,500 crore, found that the promoter moved real estate assets worth Rs 200 crore in his sons’ names about a year ago. Within months, some of the assets were sold and the money was shipped overseas.

In another case — where insolvency proceedings are ongoing — it was discovered that some assets kept as collateral with multiple banks were transferred by a promoter to a minor granddaughter.

“Typically, the age of the kids is 13-14 years and minors become effective tools in hiding assets as there are no corporate linkages to them,” said Tarun Bhatia, MD of Kroll, a corporate investigations and risk consulting firm.

Bhatia said forensic firms start working backward when they set out to trace the assets of suspect promoters. Typically, they look at sources of funds, whether promoters have a habit of using funds from one group in another and what kind of assets they like to accumulate. That’s when they unearth details of assets in the name of minors. Some of them are second generation members of the promoter families who are already in the business, but there are also assets in the names of children who run different business, which becomes difficult to trace.

Bhatia said their job is to help banks make the case that the assets were created in the name of minors through the bank’s lending. “Once we establish that, many of the promoters start negotiating with banks to resolve the issue,” Bhatia said. In some cases, the children of such promoters themselves become “whistle blowers” by exposing the assets. “Through their public profiles in social media, children give away details by sharing pictures of an exotic family resort… and that becomes our cue,” one forensic expert told KhabarLive, asking not to be identified.

“In many situations, asset-tracing has revealed that promoters had used proceeds of loans to buy real estate and land in the name of minors or others who do not have an obligation to report or file tax returns. Minors and senior citizens are not required to file tax returns and this could mean that tracing assets ostensibly in their names (benami ones) are tougher to find,” said Vidya Rajarao, partner and forensics practice leader at Grant Thornton.

Indian banks have stressed assets to the tune of ?12 lakh crore and the Insolvency and Bankruptcy Code seems to have come at the right time for them to get a chance at cleaning up their books. Some methods of asset shifting can come under the Benami Act and anti-money laundering provisions that banks can trigger, experts said.

“The government’s move to include Sections 447 & 448 of the Companies Act, 2013, as scheduled offences under PMLA, thereby giving the Enforcement Directorate the power to recover fraudulently generated money, would go a long way in curbing money laundering and other malpractices,” said KV Karthik, partner, financial advisory services, Deloitte India.

Still, sleuthing experts said that by the time banks trace the assets, the funds are usually already siphoned off and in some cases, used. Even after tracking the assets, it is found that they are ring-fenced.

In the case of a real estate company, where forensic investigators were roped in, it was discovered that assets—mainly apartments in Mumbai, NCR and some plots near Haryana—were transferred in the name of a juvenile, but the banks acted late. “By then, we suspect the promoters got wind of that and a large chunk of these assets was sold,” said a person close to an investigation. #KhabarLive