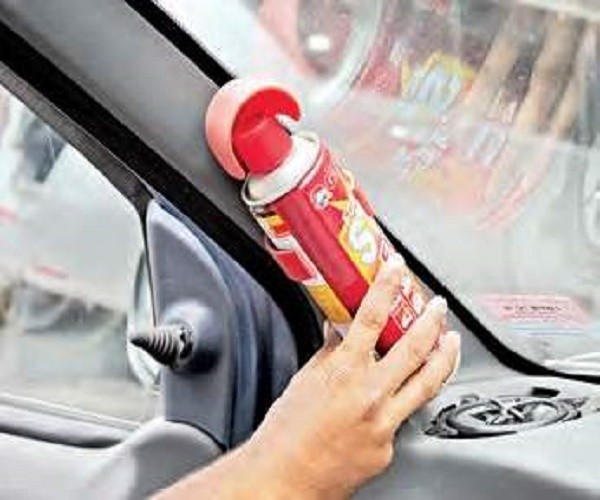 Fathom this. A simple change of a headlamp bulb in a vehicle or altering the electrical wires to instal audio systems or just any other accessory can lead to fatal accidents, even your vehicle going up in flames.Here arises the need for using genuine parts and accessories, and, at the same time maintaining the vehicle during the hottest days of the year to save one’s vehicle from catching fire.

It’s worth mentioning here that in a rare occurrence, a two-wheeler, in a ‘mysterious’ way, was engulfed in fire killing a 19-year-old Hyderabadi. The death of the teenager has brought to the fore the incidents of vehicles catching fire during the peak months of summer.

Seeking technical expertise, KhabarLive tried finding out the reasons behind these incidents. “The transparent water bottles kept inside cars usually act as convex lens (light rays converges to a single point) heating the seat covers and any inflammable object and leading to fire,” said a technical expert of Society of Indian Automobile Manufacturers (SIAM) on conditions of anonymity.

Md Javed, an electrical mechanic from Amer Electricals, observed that electrical malfunction in cars and motorcycles are another common reason for vehicles catching fire. “Many mechanics, for the purpose of convenience, do not use couplers and fuses to alter electrical connections.

Tapes are used to connect to wires while many do not use safety equipment like couplers causing an electrical short-circuit leading to a potential fire breakout,” he explained and added that leakage of petrol from the tank can also lead to fire in dry conditions. “Water stagnation between the seat and the fuel tank, over years, causes rusting. That rusting leads to the creation of small pores through which the fuel escapes which gets ignited when it is dry,” Javed observed.

Fire extinguishers needed
Experts observe that vehicle maintenance especially during summer would ensure reduced chances of such fire incidents. “Most of the cars which catch fire are the hatchback and sedan class vehicles which are poorly maintained. There is also high retrofitting of electrical components in such vehicles,” observed K Srinivas of SN Car Decors. “A huge pile of portable fire extinguishers lie in my shop,” he said adding that only one in ten purchase such equipment.

Rains lead to drop in calls to fire department
The unseasonal rainfall that has brought down the temperature giving relief to the denizens seems to have also reduced the work stress for fire fighters as the total number of distress calls has seen a significant drop in the past one week. From an average of 200 fire calls received and attended everyday during this season, the numbers have gone below 50 over the past week. On Tuesday, the total number was 16. #KhabarLive