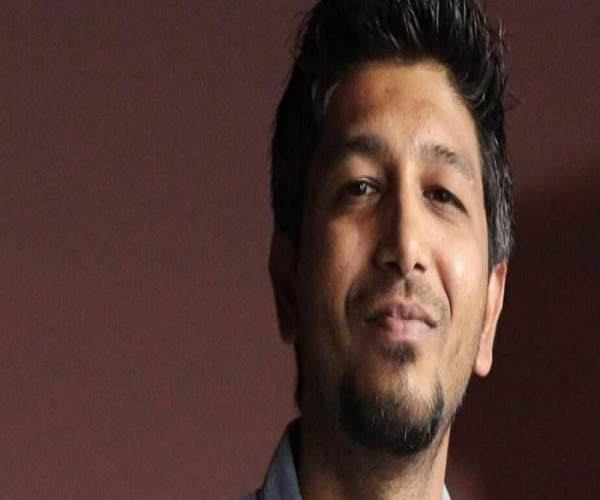 With music and rhythms in its derivation, Hyderabad has always pulsated to the tempos of “Marfa”, “Dholak ke geet” and Qawwali. No wonder, young talents from the City of Pearls prove themselves to be gems!

The new kid on the block is Syed Kamran, who has already turned to be music lovers’ blue-eyed boy with songs like “Patang”, “Shankar-ka-beta”, “Arupu”, “Pranam egise” and other successful hits in his kitty. Having proved his mettle as an ace music composer, Syed Kamran has now started a new journey with singing. His latest release “Egiri poye”, features an emotional bond between a father and son. Though it has been only a few days since the release, the song has already caught the attention of many.

Talking about his latest offering, Kamran says the concept of the song was completely director Anjali P Koda’s choice and because he had recorded the demo of the song, the team encouraged him to do the final vocals too.

Kamran, who learned classical vocals is not a professional singer, but the song “Egiri poye” touches all the right notes to become the latest sensational hit. Although there is a pretty long gap between his previous songs, “Egiri poye” was released within a few months after the internationally and nationally acclaimed “Arupu”.

Speaking about this gap, he says it is always good to maintain a gap between songs but the release of “Egiri poye” in a short time after “Arupu” was a coincidence. He further says, “I had both “Egiri poye” and a short film releasing on the same day. I am trying to push a new song each month and reduce the gap because people these days are very busy and keep forgetting what the last week’s release was.”

As the music industry is driven by inspiration, Kamran believes that anything simple and organic is his force of inspiration. “I take inspiration from nature, people and situations in life. But I do not have any particular name or production as anything that is new or different inspires me.” On being asked if there is any musician that he is looking forward to work with, giving a wide smile he answered that there is a long list actually.

“I hope times take me soon to work with all of them.” It is difficult for an artiste to choose his best work and the same is the situation with Kamran, who says that his latest offering “Egiri poye” is his favourite for now and his next release will surely take over the last. On the work front, he says he is currently scoring for three movies and more details will be out with the official release dates. #KhabarLive