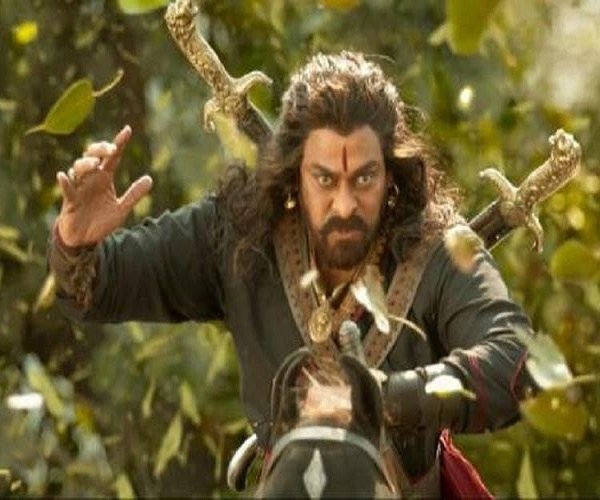 Chiranjeevi’s upcoming historic flick Sye Raa Narasimha Reddy has run into trouble following a clash between angry locals and the crew members at the Bidar Fort in Karnataka. The film unit has currently stopped shooting at that location.

According to reports, the Sye Raa unit was filming certain portions of the film inside the Bidar fort with actor Kiccha Sudeep and others. The shooting was under progress at the Solah Khambha Mosque (16 pillars mosque) inside the fort. Things became tense after Muslim locals spotted idols of Hindu deities placed inside the area of worship and raised objections. The team halted the shooting on Sunday night. However, when they resumed shooting on Monday morning, things became tense once again as locals were displeased. Police immediately rushed to the spot and prevented violence.

The locals at Bidar have demanded that a case be filed against the director of the film Surender Reddy and actor Kiccha Sudeep for hurting religious sentiments.

“After the clashes, we arrived at the spot and ordered the film crew to remove the sets. A case has been filed for hurting the religious sentiments of the locals and a FIR has been registered, Further investigation is on the way,” Bidar Additional SP Srihari confirmed to #KhabarLive.

However, the film’s PR Vamsi Kaka told #KhabarLive that the film unit had obtained permission from the archaeological department to film sequences inside the fort. “After the clashes erupted, police ordered to remove the set from inside the premises of the fort,” Vamsi added.

With the shoot of the film halted, it would mean significant economic losses for the film’s production team. Sye Raa Narasimha Reddy is being produced by Konidela productions owned by Chiranjeevi’s son Ram Charan Teja, under a stellar budget of Rs 200 crore.

Touted to be a historical film on legendary freedom fighter Uyyalawada Narasinmha Reddy, it will be released in Telugu, Tamil and Hindi and has megastar Chiranjeevi in the titular role. Apart from Chiranjeevi, a bevy of stars from different film industries including Amitabh Bachchan, who plays Gosayi Venkanna, find a place in the movie.

The film also has Vijay Sethupathi, Nayantara, Tamannaah, Jagapathi Babu, Kiccha Sudeep, Pragya Jaiswal and Brahmaji in the cast. R Rathnavelu is the cameraman for this film, with A Sreekar Prasad editing it. Amit Trivedi is composing the music for Sye Raa Narasimha Reddy. #KhabarLive