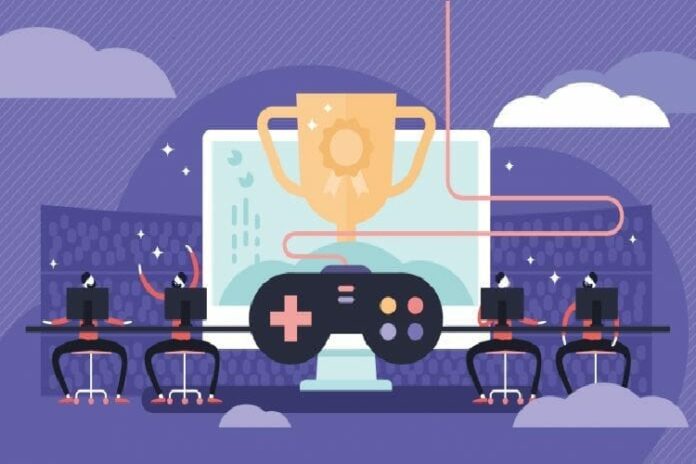 Online gaming is the coming thing in Indian business. The burgeoning sector now is a global hub of investments and startups. 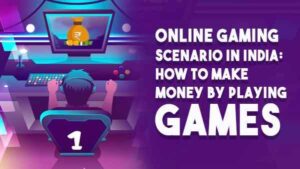 Call it coincidence or a quirk of fate. There are not many occasions when a businessman and an economist, both stalwarts, are on the same page. But one such synergy happened early this year. Reliance Industries chairman Mukesh Ambani and Morgan Stanley economists Ruchir Sharma propelled online gaming towards our satisfied selves. For Mukesh Ambani, “Gaming will be bigger than music, movies and television shows put together,” while for Ruchir Sharma, “Compared to music and films, gaming has a bigger global market size”. Reason: it’s a serious business!

India’s online gaming industry, which is a gift of start-ups and their ecosystems, is now becoming a big industry, and billionaires and transnational firms across sectors are vying for a slice of the pie. Joining the bandwagon are e-commerce giant Amazon, telecom firms Jio and Airtel and payment wallet Paytm. According to Sharma’s research, more money is being spent on gaming than other, more common, pastimes—Twitter earns $8 revenue per user, Facebook is at $19, Google at $27, while Fortnight, a game, earns $96.

“The user engagement has increased meaningfully, with average time spent per user per week on gaming growing by more than 50 per cent post lockdown. The usage pattern for gamers has also undergone a change with more distributed consumption being witnessed throughout the day,” Girish Menon, partner and head, media and entertainment, KPMG India. Last year, KPMG came out with an online gaming industry report, expecting revenue of Rs 11,900 crore by financial year 2023 at a 22 per cent CAGR (compound annual growth rate).

Aided by high penetration of smartphones and cheap data plans, online mobile gaming in India witnessed a boom despite slow economic growth and the Coronavirus pandemic. In last four years, the small space witnessed over 40 deals, with investors from countries like Singapore, Japan, China and the US. The biggest investments and deals have come across genres, from investors like Tencent, AG Tech, Clairvest Capital, Kalaari Capital, Sequoi, Matrix, Tiger Capital, Times Internet and Steadview. Apart from investments into gaming start-ups in India, global gaming companies are also building a presence in the fast growing Indian market. 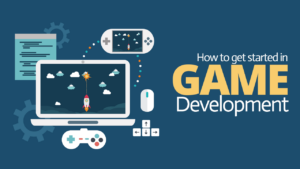 According to Tracxn, research partner for venture capitalists and corporate development offices, the big investments include Dream 11, which got $100 million in September 2018 from lead investor Tencent, while Paytm First Games got $41.4 million from its lead investor AGTech Holdings.

What is driving the business is the sheer number of people into mobile gaming. According to Sharma, the number of games downloaded in India is the highest in the world—58, outstripping the US (53), China (30) and Turkey (21). India which had 365 million gamers in 2019 is expected to add 486 million more by 2022, as per industry estimates.

Online gaming and business is divided into four categories. The first is traditional, or ‘casual gaming’, like Candy Cursh and Temple Run, where the business model is in-app purchasing and running advertisements. The second is skill-based gaming or fantasy sports, where you have games like Dream 11. Here you bet money on real-time players and winners are based on the actual performance of players. The games are available both in free-to-play and pay-to-play formats.

The companies make money through pay-to-play formats and advertisements. The third category is real-time money games like Mobile Premier League where people play games with real money. For example, players A and B play for Rs 10 each, the winner gets Rs 15 and Rs 5 is kept by the company. This is direct competition between two people. The fourth is e-sports, where publishers (game owning companies) organise tournaments for teams/individuals. It’s based on a format of intellectual property rights.

Menon of KPMG says, “Various companies, including e-commerce and telecom players, are building an ecosystem of products/services to own a greater digital footprint of their consumers. With gaming emerging as a mainstream entertainment option, firms are integrating casual games on their own platform. Gaming acts as an important use case for such companies to acquire and retain customers on their digital platforms. Besides user engagement, online games create multiple monetisation abilities for such companies as well, in the form of customised marketing solutions.” 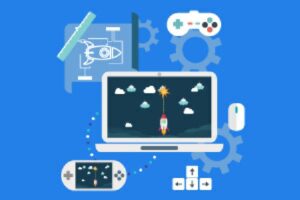 India’s top industrialists aren’t only talking about online gaming, they’re walking the talk too. In a recent report, Bank of America securities points out that Jio has a gaming app called Jio Games and is partnering with Microsoft to bring the Microsoft xCloud Game streaming service in India, while Airtel India is focusing on e-sports through a partnership with Indian e-sports company Nodwin.

Nodwin co-founder and MD Akshat Rathee, who was a venture capitalist till 2012, described an experience that inspired him to form Nodwin, which is witnessing a growth of 100 per cent in revenues, 300 per cent in participation and is profitable—in a span of just five years. Akshat, along with his co-founders, had gone to the Indian Gaming Carnival in Noida in 2012. “While the event was a disaster the enthusiasm among participants inspired us,”says Akshat.

An investor in online gaming firms says, “As investors, we are always in the lookout for new ideas and online gaming was one. It had its grey areas when I invested, but it was also promising. Its life-cycle would be maybe one or two decades, but before the trend dies, I’ll recover my money.”

‘Cloud gaming’ is arriving soon, to be fuelled by 5G, where the consumer needn’t own the physical hardware to process the game.

To start an online gaming business, one has to follow the regular company formation norms, including registering with the RoC, appointment of directors etc. Most online gaming companies Outlook spoke to claim that the business is ‘clean’, and so are the books. In fact, online gaming firms contributed more than Rs 9.8 billion in indirect taxes in 2019, according to FICCI. 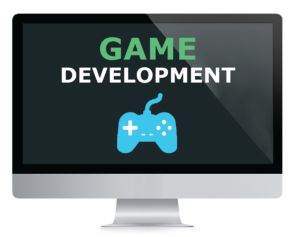 While the Coronavirus pandemic has been good news for the online gaming industry, the only genre that has suffered is fantasy sports. A Federation of Indian Fantasy Sports (FIFS) spokesperson says that this is because major live sporting events were either postponed or cancelled to ensure the safety and well-being of the players, fans and associated staff. “While the Fantasy Sports industry was impacted, we were able to bring some sporting action to Indian sports fans through the introduction of new sports and tournaments from places which were free of COVID-19,” he says.

Between April and June 2020, the Indian fantasy sports industry introduced new sports like baseball, handball and rugby, and hosted over 1,000 matches from around the world. Some tournaments included global mainstream sporting events such as Bundesliga, La Liga and EPL, while others were from places like Austria, Caribbean Islands, Australia and Russia. Some FIFS members helped a few of these tournaments by becoming a sponsor, thereby contributing directly to the growth of the entire sports ecosystem. 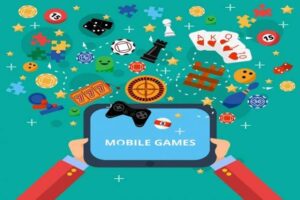 As Indian start-ups and trans-nati­onals are trying to expand business, a new segment is on the way to India soon. It’s called ‘Cloud gaming’, where any game can be played on any device without the consumer having to own the physical hardware required to process the game. Cloud gaming fever will be fuelled by 5G and a leader in the segment is already known. Truly, as American venture capitalist and aut­hor Guy Kawasaki said, “Great companies start because the founders want to cha­nge the world…not make a fast buck.”

Stopress Update: Responding to this article quoting details provided by Tracxn, Games24×7 said: “RummyCircle is one of the several other gaming platforms owned by Games24x7. Chaitanya and Prema were employees at Games24x7. Not investors. Our major investor is Tiger Global.”