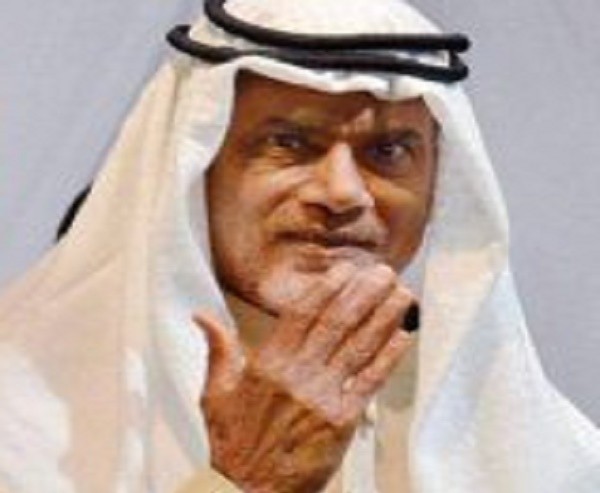 Rahul Gandhi termed his meeting with Telugu Desam Party (TDP) national president N Chandrababu Naidu as ‘momentous’. Naidu said it was ‘democratic compulsion’ as it had become necessary to save democracy and Telugu self-respect.

The Telangana Rashtra Samithi (TRS) and the BJP reacted saying that the meeting between Chandrababu Naidu and Rahul Gandhi was against the principles on which TDP was founded. They have come together only to trouble the TRS, said MP B Vinod. “Chandrababu Naidu’s behaviour is totally against what N T Rama Rao had spoken then and the basic principles for which that party was started,” Vinod felt. The BJP’s Telangana unit president K Laxman said the TDP had mortgaged the self-respect of Telugu people.

Some said it was a panic act of Naidu since his government was deep rooted in corruption. They also said there was no point in Naidu staking claim that he developed Hyderabad. Even if he is not there, development would not stop. The leaders should understand that the same could apply to Modi as well. Development will not stop if Modi is not the Prime Minister. It would be wise if leaders of all parties start looking at the present political situation and changing political scenario from a wider angle.

A day after his meeting with Rahul Gandhi, Naidu defended his act saying that a handful of neo critics know nothing about the history of the TDP or what real politics is. He dubbed their remarks as giving vent to frustration.

Justifying his moves, Naidu said the TDP was only following the path shown by NTR to fight against suppression and explained to party leaders during a teleconference on Friday what made him hold hectic parleys with Rahul Gandhi and leaders of various other parties in Delhi which had created ripples in political circles.

Whatever the arguments and counter arguments be, the fact is that this move has resulted in bringing a new synergy between the Opposition parties with different political ideology. While time would prove whether the proposed front would succeed or not, it has certainly provided the necessary adrenaline to the anti BJP parties.

Even though the front is yet to take a proper shape and form, it has created ripples in the BJP camp and has become a matter of discussion at the national level. It is now clear that the 2019 elections are going to be Modi v/s rest of the parties.

This is not a sudden development. A little macro level analysis indicates that the decision to form a front of reginal parties originated at the three day 36th Mahanadu held in Vijayawada in May 2018. At that time, it was felt that there were six major challenges which could create hurdles in making his dream a reality.

Though Naidu is no stranger in playing key role to bring various parties under one umbrella, the history of coalition government at the Centre led by regional parties reveals that they had failed to survive the full five-year term in the past. The initiative taken by N T Rama Rao to form the National Front government led by V P Singh did not last for more than two years. (1989 to 1991). The second experiment to form the United Front government where Naidu played a key role in 1996 with coalition of 13 parties collapsed in 1998.

The regional satraps more often than not agree to disagree. There could be a clash of personalities and tussle for the post of the Prime Minister. Working out a common minimum programme will be another major challenge. All regional parties thrive on local interests. There were occasions when Odisha and West Bengal fought on issues like GI tag for Rasogulla. Hence making them to agree to take a national perspective instead of sectarian approach is going to be a major task.

But then, the positive side of the scenario is that most of the regional parties are against Modi government and experience shows that the during the last four-and-a-half years, the BJP government failed to fulfil the aspirations of the people. It could not live up to the expectations of the voters who had pitched high hopes on Modi and went hysteric with the slogan “Ab ki baar Modi Sarkar” and gave absolute majority to the BJP. Most of the governments are seething with anger that the concept of ‘Sab ka Saath, Sab ka Vikas’ remained as a mere slogan.

As far as criticism against the TDP that it had joined hands with its arch rival is concerned, one should understand that the proposed alliance is for Lok Sabha elections and not Assembly elections. Of course, it will have some impact on Assembly elections as well and that I shall try to analyse a little later.

Politics is a dynamic situation. In 1982, Congress was the only party which was ruling both in States and the Centre. It had committed several mistakes and had become autocratic and hence the TDP emerged as an alternative in the undivided Andhra Pradesh. The fight then was between NTR and Indira Gandhi. Now 36 years down the lane, generations have changed. Moreover, It is not a faction fight. Even there, the situation has been changing very fast and people are looking forward for development. Hence what is wrong if political parties with different ideologies decide to come closer to defeat a common enemy.

ALSO READ:  What Will The Pivot To Agriculture Cost?

For argument’s sake, let us assume that the proposed front will not unseat Modi as Prime Minister. Fine, but it certainly can clip the wings of the BJP and the country will have a powerful Opposition which can provide the necessary checks and balances which is essential for a country like India.

At the micro level, it will help the TDP in its home turf. Since the Congress will be part of alliance, the APCC will have no option but to adopt a soft line towards the TDP. The alliance can help Congress in winning some seats in the Assembly elections and in the process the Congress can stage a comeback, and in the process, it will split the YSRCP votes. Similarly, in Telangana, it will help the TDP to test the waters and try to resurrect the party. The efforts to form a new front need to be looked from these angles.

It would be pertinent to recall that during the agitation for T State, TRS chief K Chandrashekar Rao had said that he would not hesitate to kiss even ‘Gongadi Purugu’ (blanket worm). Why did he say that? Apparently, he wanted to take the support of all those irrespective of their ideology to make his fight for separate State a success.

Similarly, now Naidu wants to unite all anti BJP forces to defeat the BJP. May be, he is adopting KCR concept of kissing Gongadi Purugu. After all, once in the battlefield it is important to win the war whatever the strategy may be. In short, 2019 general elections are going to generate lot of interest and political heat. #KhabarLive