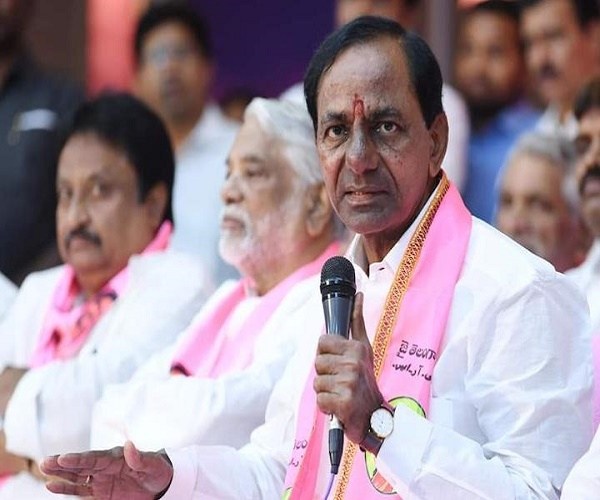 Activists and locals in Telangana are up in arms about plans by the state government to build a helipad close to a house owned by Telangana Rashtra Samithi (TRS) President and Chief Minister K Chandrasekhar Rao in Karimnagar district.

On December 29, the Karimnagar District Collector issued a notification for acquisition of land across 5.14 acres at Theegalaguttapally village at the outskirts of the city. Following this, the Lok Satta Udyama Samstha wrote to the Chief Secretary demanding that the notification be cancelled.

“The CM’s residence is purely private and personal. It is not a permanent residence of CM owned by government. Why is public money to the tune of Rs 15-20 crore being spent for a private purpose?” the letter dated January 10, asked.

They also pointed out that there was already a helipad at the premises of the Karimnagar Collectorate which was nearby.

“We, in public interest, request you to cancel the proceedings of land acquisition. Or else, we request that the Hon’ble CM should donate the building to the government.

Speaking to #KhabarLive, N Srinivas, the District President of the Samstha alleges, “During the Telangana agitation, he had bought land at the village and many assumed that it would be for a Telangana Bhavan. But later, he made it his own residence. There are around 60-70 open plots next to the house and that is where the helipad is being planned now.”

Srinivas said that a notification was issued first in October, ahead of the elections. “However, we filed a complaint with the Election Commission that it was a violation of the Model Code of Conduct (MCC) following which they put it on hold,” he says.

“After the results, again in December, the notification was issued,” he explains.

Two cases have also been filed in the Telangana High Court at Hyderabad. While a Public Interest Litigation (PIL) was filed by Srinivas, represented by advocate C Ramesh Sagar.

A copy of the PIL, which is with #KhabarLive, stated that the decision was ‘illegal, arbitrary, and opposed to the principals of natural justice,’ and demanded that the court strike down the decision. The hearing is expected to come up next week.

Meanwhile, five residents who were affected by the land acquisition also moved court and were represented by V Raghunath. The case was heard on Monday and cited provisions of the Land Acquisition Act, 2013, contending that specific public purpose needed to be shown, before the acquisition could begin.

Meanwhile, the government’s counsel argued that the helipad was being constructed from a security point of view and could be used by other VVIPs. After hearing both sides, the court issued a notice to the state government and revenue authorities to file a counter.

“There is already a helipad at the Collectorate which is barely a few km away. We are hopeful that the notification will get cancelled,” Srinivas says. #KhabarLive