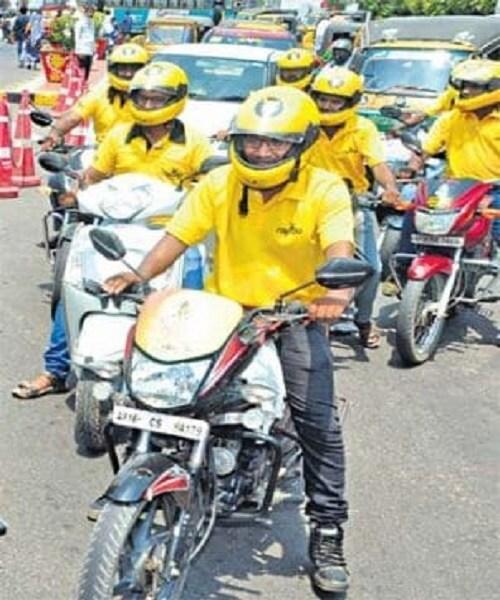 The services that taxi aggregators like Ola and Uber provide are a lifeline to many. From saving our hard-earn money to ensuring security, they are relentlessly making an effort to simplify users’ travel experience.

However, apart from the cab, auto or ride-sharing services, the demand for bike taxis spiked in Hyderabad and is receiving tremendous response from millennials owing to its low fares and reduced commute time compared to other means of transport. Since the inception of metro services in major areas, the demand for bike-taxis increased two-fold considering the short distance people need to travel to reach their destination from stations.

ALSO READ:  Narsaiah, 5-Time CPI (ML) MLA The Only Hope In Telangana For The Party!

A majority of bike-taxis are plying in areas such as Gachibowli, Madhapur, Jubilee Hills, Hitec City, Kondapur and Kukatpally where most of the IT companies exist.

Working women are highly contributing to the spike in bike-taxis in the city. While some are opting for motos considering ease of access and affordability, others are using it for safety purposes. “Every day I travel from Khairtabad to Banjara Hills. While cab, auto or other means of transport cost me around Rs 100, bike-taxi costs merely around Rs 30. Apart from that, I believe it is safe for women because we can shout for help if anything seems risky and people can hear us easily,” Snigdha Gunna, a private employee.

ALSO READ:  High Blood Pressure? Lower It With Fermented Drink In This Summer

Another private employee named Neha Sharmila, who has been using bike-taxi for two months now, says, “Bike-taxi is the best option for a shorter commute. In the beginning, I didn’t like the idea of taking a bike-taxi as I thought that it is not safe for women. But I gave it a try once and it seemed convenient. The rider reaches the pickup point than any other cab or auto usually does and drops at destination in no time, safe and sound.”

Ola and Uber Moto include standard safety features like live GPS tracking, two-way feedback and an option to share trip details with family and friends. Apart from major taxi aggregators, Rapido has made a name for itself in the bike taxi space. #KhabarLive