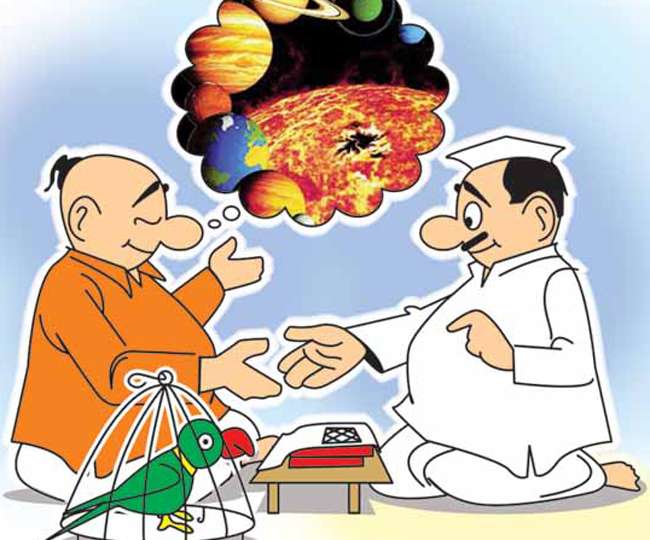 In this crowded region of South Asia, we must find sufficient space to swim together, or we are doomed to sink separately.

The fact that communal violence is rising in India is not hidden. Even the government acknowledges that there has been a steady uptick in communal incidents. In response to a question in parliament on Tuesday (February 6), minister of state Hansraj Ahir disclosed that as many as 111 people were killed and nearly 2,500 injured in 822 communal incidents in 2017, as compared to 751 incidents in 2016 that took the life of 97 people and 703 in 2016 when 86 were killed.

It is not surprising that this is happening , given the deliberate strategy of polarising the populace through a variety of means ranging from cow protection to tiranga yatras, where gangs of young men barge into Muslim localities armed with the national flag (and a sprinkling of saffron ones as well) and raise anti-Pakistan slogans to taunt Muslims.

Even foreign policy is being held hostage to this, in the manner that Pakistan is consciously conflated with Muslims and a drumbeat of hostility is being maintained towards Islamabad for what are clearly electoral purposes, as became evident during the recent Gujarat assembly elections or earlier through the so-called surgical strikes in the Uttar Pradesh poll.

Despite, or perhaps because of, this, what is striking is the common sensical and decent approach of the common man. This has come out most recently through two incidents.

In the Kasganj incident, a tiranga yatra clashed with a flag-hoisting ceremony in a Muslim neighbourhood on Republic Day, leading to the death of a young Hindu man, Chandan Gupta. Thereafter, Muslim houses and businesses were deliberately attacked and set on fire. The situation was so troubled that even the governor of UP, senior BJP functionary Ram Naik termed it a ‘blot’ on the state.

Whatever the Adityanath government may have said or done since to control the situation, what stands out is the steady refusal of the Gupta family to use the incident to promote communal hatred. Gupta’s bereaved sister Kirti told the Times of India that “there should be an end to ‘tiranga yatra’ if it’s leading to violence”. For her pains, Kirti said that her family had been threatened by unknown persons.

The other incident relates to an honour killing in Raghubir Nagar, New Delhi. A young Hindu man, Ankit Saxena was stabbed to death by the family of a Muslim girl he was in a relationship with. Once again, the bereaved family has gone out of its way to insist that the incident should not be given a communal tone. Efforts are being made by some communal elements to demand the expulsion of Muslims from the locality, but they are being stoutly resisted by residents.

What has been happening has been graphically brought about by two courageous district officials. In the first instance, a district magistrate in Bareilly Raghavendra Vikram Singh spoke of the “very strange trend” where people “take out processions by force through Muslim dominated localities and raise anti-Pakistan slogans” in a Facebook post. Subsequently the post was deleted.

Another young officer, Rashme Varun, posted on the provocative tactics of hiding behind the tricolour and the mask of nationalism to promote the “bhagwa (saffron)” agenda. No doubt, the officers exceeded their brief in posting on a political issue in this manner.

A breakdown of communal peace in UP and this part of northern India can only have the most serious consequences for the region and the country. If a handful of militants in Punjab, a state where the Hindus are a large minority, could hold the north hostage for an entire decade between 1985 and 1995, consider the consequences of militancy in a region from New Delhi to the Nepal border comprising of the districts of Saharanpur (Muslim population 41.95%), Meerut (34.43%) Moradabad (47.12%), Bijnor (43.04%), Jyotiba Phule Nagar (40.70%), Muzaffarnagar (41.30%), Rampur (50.57) and Bareilly (34.54) – which would together constitute the area of a country as large as Albania.

This is a fraught region, historically. Its elites played a significant role in the creation of Pakistan, but the average Muslim voted with his feet and remained in India. Yet, for the role of a handful of their co-religionists, their descendants have been placed in a permanent purgatory, with their religion and culture derided and their nationality questioned. The region has witnessed repeated instances of communal violence – Moradabad in 1980, Meerut in 1982, 1987 and 1990-91, Bijnor in 1990, and Muzaffarnagar in 1988 and 2013. In many instances, the clash arose out of trivial events, but in some, there was deliberate provocation.

Also read: First We Kill Our Love, Then We Target Someone Else’s Love…
So far, these instances have been in the form of cycles of violence. Even though there was significant loss of life, they were brought under control. But given the current dispensation in the state, which is seeking to create a vote bank of the majority, there is danger of mass violence which would be nothing but disastrous.

The primary lesson of the bloodletting of Partition should have been the importance of learning that for the subcontinent to flourish, its various communities must be at peace, something that is as much the responsibility of its minorities, as its huge majority community.

The Indian Muslims of today are not going anywhere. According to a study conducted at the University of South Australia, the population of Hindus in India will rise 36% to 1.03 billion in 2050, while that of Muslims will go up 76% to 310 million, the largest in the world. The Hindus will still be a huge majority comprising 77% of the population, even though nationally the proportion of Muslims will rise from 14% to 18%.

By now it should be clear that high population growth is a function of backwardness. The challenge this presents is obvious.

The lesson from these figures is that people will simply have to get along. Fantasies of “ghar wapsi” or expelling Muslims to Pakistan and Bangladesh, are precisely that – illusions. In this crowded region of South Asia, we must find sufficient space to swim together, or we are doomed to sink separately.

Short-term polarisation for electoral gain is the worst of the options that our politicians confront. But, sadly, unless they soar to the level of statesmen like Jawaharlal Nehru, they usually tend to take the lowest path. #KhabarLive