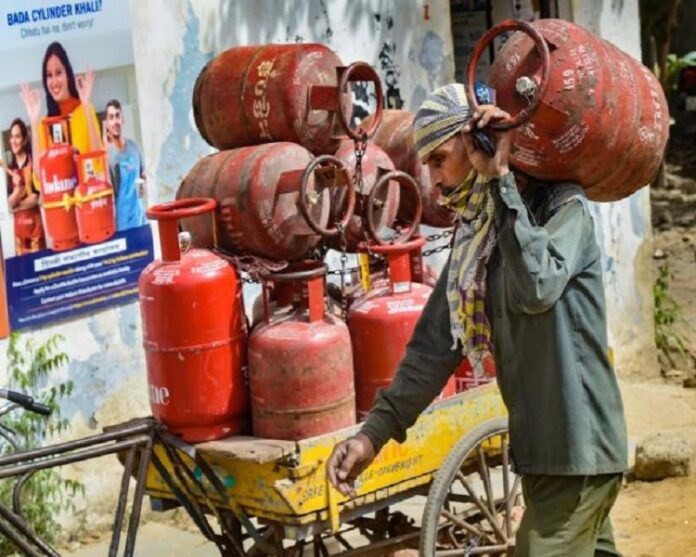 As the LPG steep rise in domestic cylinder prices and drastic cut in subsidy amount over the past two years have been forcing consumers from BPL (below poverty line) sections switch back to firewood and kerosene.

This trend is seen more in villages and interior areas when compared to cities and towns. The demand for refills has come down significantly from these sections indicating how consumers are shunning LPG and switching back to age-old methods of using firewood and kerosene for cooking purposes.

The agencies handling the mid-day meals scheme in government schools are also hit by rising prices of LPG and are switching back to firewood, unable to afford costlier cylinders.

“There are nearly 1.14 crore domestic LPG connections in Telangana. Of them, 30 lakh connections pertain to BPL sections. They were given connections under the state government’s Deepam scheme and the Centre’s Pradhan Mantri Ujjwala Yojana. There is a sharp reduction in ordering refills from these sections,” said D. Ashok Kumar, president, Greater Hyderabad LPG Distributors Association and also the president of Association of Bharat Gas Distributors and Associates of Telangana and Andhra Pradesh.

“When PM’s Ujjwala Yojana was launched in 2016 for BPL sections, the price of a cylinder was Rs. 590. Today, it has increased to Rs. 930. They are receiving a subsidy amount of just Rs. 40 into their bank accounts later as part of direct benefit transfer scheme. We have seen a 25 percent drop in refill orders from these sections for the past few months. However, this trend is seen more in rural and interior areas than in towns and cities, where firewood is available,” Kumar added.

Collectors and education officers of respective districts who are making surprise inspections of schools to assess the conditions in schools are shocked to find school premises filled with smoke as agencies cooking meals are using firewood unable to bear higher LPG price.

Nirmal district collector Musharraf Ali Farqui issued notices to two schools recently when he found agencies using firewood to cook meals against the norms. Though the Centre and the state government reimburse cylinder cost to these agencies later, it takes a few months to get the bills passed.

“They need one or two cylinders per week to cook meals depending on the enrollment of students in a school. They are finding it difficult to pay higher LPG price initially and wait for months to get their bills from the government. To overcome this, they are switching back to firewood in villages and interior areas,” official sources said. #KhabarLive #hydnews