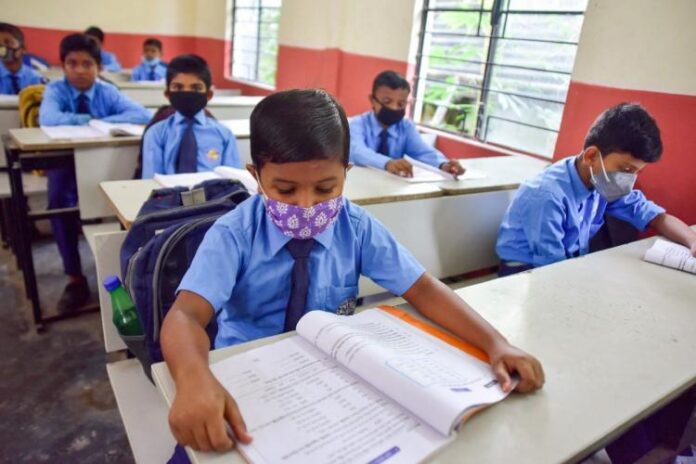 The Andhra Pradesh government has introduced multiple reforms in school education in the state, the results of which are expected to start showing from the current academic year. On one hand, the government has started to revamp school infrastructure, and is providing financial assistance to mothers of school children to increase enrolments.

Subsequently, stricter guidelines are being formulated for private schools, to prevent exploitation and malpractices in these schools. While this is a much-needed step in case of “corporate” private schools run by large institutions charging high fees, the “budget private schools” (BPS) in the state, which are already affected by the pandemic, are seeking separate categorisation so that they can have less rigid guidelines to adhere to.

With many private school teachers and non-teaching staff suffering due to being unpaid or underpaid, or losing their jobs because of the COVID-19 pandemic, the Andhra Pradesh Private Schools’ Association (APPSA) has sought help from the government to provide financial aid for unpaid employees. Private school teachers themselves have been seeking government aid for several months now.

The YSRCP government set up the Andhra Pradesh School Education and Higher Education Regulatory and Monitoring Commissions soon after coming to power, to regulate private educational institutions’ fee structures and to monitor education standards. These bodies were aimed at making education accessible to low-income and middle-income communities.

However, in the inspections being carried out by the APSERMC (Andhra Pradesh School Education Regulatory and Monitoring Commission), budget private schools which charge around Rs 2,000 to 3,000 in annual fees, are being clubbed in the same bracket as corporate schools that charge up to Rs 2 to 3 lakh per student per year, says Murali Mohan Venigalla, Secretary of Vijayawada Childrens’ Schools and Tutorials’ Association.

“Since the pandemic, private schools have faced increased financial difficulties. On top of that, the government has increased pressure on private schools, as part of all the changes in the education system in the state. So when schools from both categories are asked to provide the same facilities, budget schools are really struggling,” says Murali Mohan, adding that these schools are often run by individuals who barely manage to pay salaries and maintain the school, and rarely make any profit. “But the government sees them as if they were small businesses, similar to the corporate school groups that are considered big businesses. They are not seen as mere self-sustaining entities that don’t make much profit,” he adds.

Murali Mohan says that for renewal of recognition for private schools this year, several existing guidelines which were previously overlooked by authorities are being seriously implemented. Some of these guidelines are impractical for budget private schools to follow, he says. For instance, the guidelines require teachers to have a BEd degree. “There are many teachers who have only completed intermediate (class 12) or any undergraduate degree, who have been teaching elementary grades for more than ten years. Schools are now being told that these teachers cannot be considered part of the faculty,” he says.

“If they say BEd teachers must only be included, and the remaining teachers’ salaries cannot be included in the school budget, their salaries must come from the management’s pockets. Because of this, schools are trying to get rid of non-BEd teachers,” he adds. He also alleges that private schools are expected to meet teacher:student ratios which are often not met by government schools either.

Murali Mohan notes that, although many small government elementary schools often do not have a school ground, all private schools are being asked to provide a playground, regardless of their size. “Earlier, we were able to use public parks close to the school as a play area. But now they’re saying the land must be registered in the school management’s name. Most budget private schools are already being run on rented property,” he states.

Private school managements say that over the past couple of decades, the number of government schools in Vijayawada city has not grown in proportion with the rise in population. “Budget private schools are providing affordable education to many children, and have played a key role in literacy. If you shut down budget private schools, where will these children from low and middle-income families go?” Murali Mohan asks.

Private schools on the other hand have around 35 lakh students enrolled, according to Murali Mohan, of which around three-fourths are in budget private schools. “Our demand is for the government to categorise those schools which collect annual fees below Rs 18,000 per student as budget private schools, and have separate guidelines for them under the APSERMC,” he says.

Relaxations in norms, like allowing a notarised lease agreement for the school property in place of property registration documents, and allowing teachers above 40 years of age with more than 10 years’ teaching experience to continue teaching regardless of their BEd qualification, must be applied to the budget private school category, the Vijayawada Childrens’ Schools and Tutorials’ Association has demanded.

To avoid budget schools from shutting down due to the impact of the pandemic combined with the strict guidelines, these schools must be dealt with differently from corporate schools, and the budget private school managements must be consulted while designing separate categorisation and regulations for them, according to Murali Mohan. #KhabarLive #hydnews