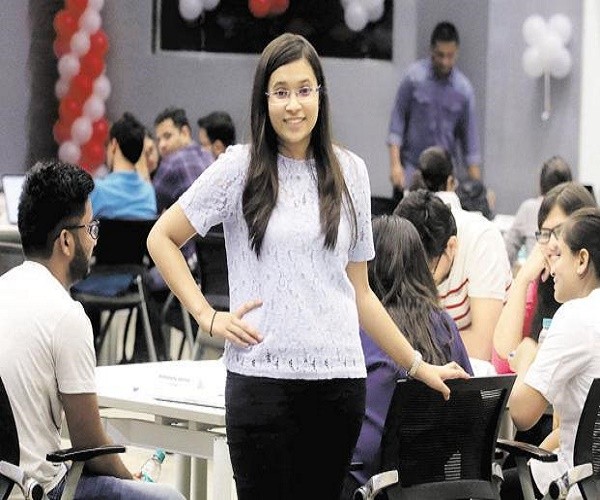 We are entrenched in a neoliberal landscape of work that insists on producing workers rather than enhancing lives. Corporates advertise this shamelessly, professing capital worship as their mission statement. Other industries are perhaps less conspicuous. Art collectives and media outlets claim to be outside the system of greed. And yet there is no work environment completely devoid of the crushing pressure of the neoliberal workspace.

Perhaps this is why young people are moving towards self-employment. Conflating this with true job satisfaction, millennials and now generation-Z are breaking away from conventional stability to embark on journeys of promised fulfilment, only to realise that the ruthlessness of capitalist demands seeps into every crack. So bloggers move towards slow blogging, designers move towards slow fashion. Everyone is trying to escape.

In all this, the intern is perched precariously as a modernised relic of a crumbling system of work. With no stake in an organisation, we have little to no power to ask for tangible changes in our work environment. Holding out on the hope of a permanent position or a big project, we exist in the miserable limbo of seeing the internal workings of a company from the position of the worst-treated worker, yet having to smile and pretend that all is well.

But, indeed, it is not. From classics like The Devil Wears Prada to The Pursuit of Happyness, pop culture paints an all-too-real picture of how modern workplaces treat their interns. We are bodies thrown into a toxic pool of unrealistic demands and dangling promises. And we are expendable. Taken together, interns become a desperate bunch, reeking of unfulfilled need and the desire for validation that is very rarely, if ever, given. Who could be more exploitable?

And how we are exploited. The roots of internships lie in the notion that unpaid labour is fair game, an ideology that buries blatant discrimination under catchy phrases – “exciting work environment,” “skill strengthening”. Consequently, an ‘internship’ is fundamentally classist and, more often than not, racist and sexist. We are socially conditioned to accept that a certain phase of our lives is valueless and must be lived scrounging while working absurd hours and doing work no one else wants to do.

(Unless you’re rich, of course. If you have parents who can sponsor your dreams, you can jet across the world to be a reporter in the Middle East or work at a big publishing house to get your first novel published. If you’re rich, you are objectively better in the system of labour that we have subscribed to.)

And if you find the money? Interning 101 demands that you be demure and docile, doing work that is asked of you and nothing more. For the reality of the Indian work environment is that young people are largely invisible. Interns (undergraduates fall victim to this most) are assumed to be incapable, ill equipped for the demands of a “real job”. This may very well be true. But instead of recognising and honing potential, employers throw unwanted work interns’ way. We end up in the classic “intern brings coffee” situation, engaging in pointless grunt work while convincing ourselves that we are undervaluing ourselves in service of some greater cause, the dream job that nine times out of ten, will end up in the hands of someone with a more glittery resume.

But, they tell us, at least we can network. The best jobs come out of personal relationships. Go out there are meet those bigwigs who can hoist you up the ladder. What they don’t tell us, of course, is that networking in a hostile work environment means very little. It is important to show your employer what a good employee you make, yes. But don’t expect to be treated like a full person. Don’t expect to be valued and asked questions and made to feel like you have an identity. Interns, apparently, are too inexperienced to deserve personhood.

These are the realities of the modern workplace. But they don’t have to be. Risking the stigma of entitlement that casts a fog over millennials, young people must begin to ask for more. Especially if we can. Increasingly, organisations are purporting themselves to be “dynamic workplaces” for “young people”, cleverly crafted marketing drivel. We have to be ready to call them out when we can.

But the bulk of the onus is not on us. Fighting structures while forced to work our way up within them is hardly a fair expectation. Workplaces themselves must get with the program and stop treating us like shit. But this requires a fundamental restructuring of the very notion of work. As long as organisations continue to act like one long production line, adhering to the rules of capitalism alone, it is inevitable that the lowest paid worker will be cast aside, stomped on, made to feel like an unidentified cog in the ever-turning wheel. #KhabarLive