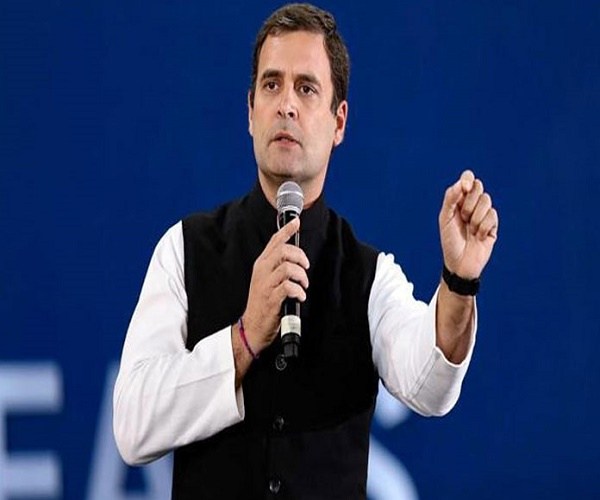 From being a practically defunct political party, can Rahul Gandhi script the revival of Andhra Pradesh Congress Committee? The APCC is plagued with several problems. The State level leadership is weak and there are also allegations that the party president is soft towards the main Opposition party YSRCP for two reasons.

One because APCC president Raghuveera Reddy has been one of the blue-eyed boys of Y S Rajasekhara Reddy and the other is, he has been anti-Chandrababu Naidu. It is said that while his soul is in APCC, his heart is in YSRCP.

The APCC is also facing leadership crisis. The present leadership could not take effective measures to reactivate the party cadre and this has resulted in migration of huge chunk to the YSRCP. In the last five years, the party was dormant and did not take up any major activity to create confidence even among the cadre leave alone the people of the State. From the national level too, the AICC did not focus attention on reviving the political fortunes of the party.

When in a sudden political development, Chief Minister Chandrababu Naidu joined hands with Rahul Gandhi, there was some hope that the APCC can hold the tail of the TDP and swim to safety and win at least one or two Assembly seats. But since that did not happen, it is now pinning all its hopes one single issue – Special Category Status.It is in such a pathetic state that barring Oommen Chandy, no other important Central leader had so far tried to guide the State unit.

On the contrary in case of TPCC, many top leaders including Gulam Nabi Azad were sent to Telangana which did create some impact though in terms of seats, the party did not succeed in achieving much success.The fact that Rahul has promised to accord Special Category Status to Andhra Pradesh if voted to power is unquestionable and the TDP supremo Chandrababu Naidu himself has been giving lot of publicity to it, but the big question is that whom will it help more, the TDP or the Congress.

ALSO READ:  ‍BJP in a flux over Covid Conundrum, Blame On Telugu States

The general feeling is that APCC has failed to present any concrete proposals and it has failed to come with any kind of programme for the welfare of the people of the State. Whether it is voted to power or not, a political party contesting the elections should have a vision and some action plan and some assurances to the people. But so far, the single point agenda the Congress has SCS. In the past too it had taken a programme of signature campaign for SCS and collection of mud and water which was sent to Centre. Beyond that it did not move forward till now.

A bolt from the blue to the party has come with the announcement that the senior party leader and strongman from Kurnool district K Suryaprakash Reddy would soon join the TDP. The party is in such a dire state that it is finding it difficult to mobilise crowds for the proposed meeting of Rahul Gandhi on Friday in Tirupati.

Though it is two days since the party launched the bus yatra, there does not appear to be much impact anywhere. Though the TDP is trying to stitch a front at national level and is going with the Congress there, it is not willing to help the State unit and lend its cadre for the meeting.

Rahul Gandhi’s visit to Tirupati and the possibility of his going up the hill on foot would certainly generate a lot of media interest both at the State and national level. But at the ground level, it remains to be seen to what extent he would be able to resurrect the party and infuse life into the otherwise defunct party unit in Andhra Pradesh. #KhabarLive