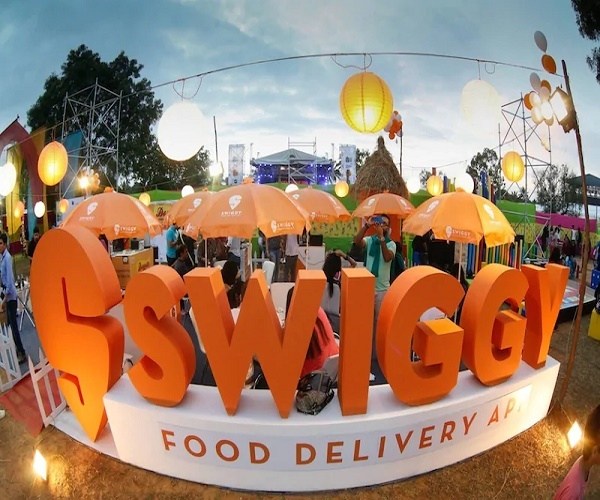 Food-tech startup Swiggy’s ambitious plan to also deliver groceries, medicines, and other daily essentials, banks on its impressive track record and deep pockets. But the road ahead could be treacherous.

To begin with, the Feb. 12 launch of Swiggy Stores in Gurugram pits the newly minted Bengaluru-based unicorn against a bunch of other well-funded and popular Indian startups that have already dug their heels deep. These include Alibaba Group-backed BigBasket, Softbank-funded Grofers, and Dunzo, a hyperlocal delivery app that counts Google among its investors.

The grocery delivery market is “top heavy, and it will be challenging for new entrants,” advisory firm RedSeer said in a note on March 05. “The likes of Grofers and Bigbasket have an outsize share of the market, while the omnichannel players and smaller verticals have a long way to go to gain scale.”

The Grocery game
Selling groceries online is a fairly new concept in India. Despite the several players in the segment, online grocery delivery accounts for less than 1% of overall e-commerce in the country, according to RedSeer.

However, it is the fastest-growing online retail segment. By 2020, online sales are expected to make for 2% of overall grocery retail in India, creating a potential market size of around $10 billion (Rs60,000 crore), according to a report (pdf) published with the International Organisation of Scientific Research, an open access foundation for research scholars.

Currently, BigBasket and Grofers hold over 70% of the online grocery delivery sector in India, according to RedSeer. Founded in 2011, BigBasket is the segment leader with around 35% market share, processing over 50,000 orders daily. Grofers, on the other hand, has pivoted to the high-margin private label business selling tea, tomato ketchup, corn flakes, and more under seven brands, including G Mother’s Choice, G Happy Day, HaveMore, and SaveMore.

Then there are the niche players DailyNinja, Doodhwala, and SuprDaily that focus on milk delivery, and Licious, which sells meats online. These account for 3% of the market, according to RedSeer.

In addition, the fast-growing business segment has caught the imagination of e-commerce majors, Flipkart and Amazon, too. In August 2018, Flipkart launched Supermart in Bengaluru. It has also launched Flipkart Supermart Select, a private label for household staples such as food grains, lentils, and oil. With a dedicated fulfillment centre for grocery spread across 150,000 square feet in Bengaluru, the company currently has 10,000 stock-keeping units, Flipkart had said in a statement.

Amazon, on the other hand, has been operating a grocery business since 2015 and began marketing it aggressively after it re-branded the vertical as Prime Now last May. Since then, Amazon has committed $500 million to the venture. It also has the approval to open brick-and-mortar stores in India.

“The grocery business is a capital-intensive and low-margin segment. But it has its advantages,” said Kanwaljit Singh, founder and managing partner of an early-stage venture fund, Fireside Ventures. “It typically attracts loyal customers with repeat orders. If one can crack the code of providing quality products, a wide range of selection, with reliable and timely service, the model can be very fruitful.”

Funds will not be a problem for Swiggy, which raised $1 billion in December. However, making a dent in an overcrowded market will be a challenge.

Swiggy has inked pacts with 200 brands and over delivers from over 3,500 stores in Gurgugram where it launched its Stores service first.

Lurking dangers
Swiggy, on the other hand, will only deliver, and not source the products. This business has failed in India earlier. For instance, Mumbai-based Localbanya shuttered in 2016, four years after launch, as it failed to raise funds.

“The fresh vegetables and fruits segment is a hard category to master. The supply chain and infrastructure needs are very complex. Also, the sourcing of such products needs to be localised because of logistical problems,” Singh of Fireside Ventures said.

Even as Arvind Singhal of management consultancy firm Technopak Advisors sees Swiggy’s move to deliver health products from local pharmacies as a “game changer,” he believes it might be hard to make much money.

“Having an asset-light model can save costs on warehousing and inventory management. But this could make it hard for the company to eke out profits, even if it does charge a delivery fee,” Singhal said. “Also, if Swiggy applies its current food-delivery model in its new businesses, it could end up in the discounting game, contributing to losses.”