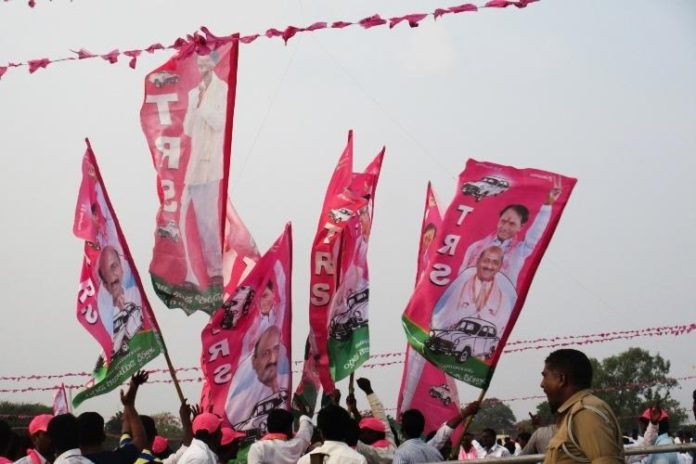 Telangana state politics always takes tipsy-turvy in the hands of over-smart leaders and decision makers. Presently, the situation resembles after poaching Congress MLAs and making no-opposition in the state assembly. This situation always gives pain on passing bills, resolutions and not debating complex issues. The TRS government makes a clear way to tackle the issue wisely.

The recent election results have brought about a change to the political atmosphere in the state of Telangana. The Telangana Rashtra Samiti (TRS) party had come back to power with a resounding victory in the 2018 Assembly polls, winning 88 seats but faced a drubbing in the Lok Sabha Elections, winning only 9 seats out of the total 17 seats. Not only could TRS not get close to the 17 seats that they wanted to win, TRS’s big players – like K Kavitha Rao and Vinod Kumar – could also not retain their own seats.

However, the TRS bounced back. In the state Zilla Parishad elections which were held after the first phase of the General Elections, the TRS emerged as the largest party, winning all 32 Zilla Parishads (District Governing Body). The TRS also won 453 out of 538 ZPTC (Zilla Parishad Territorial Constituency) positions and 424 Mandal Parishads.

Reservations in local body elections came as a major advantage to women candidates from BC and SC/ST categories – 20 of the 32 Zilla Parishad chairpersons are women. After the results, TRS working president K Tarakarama Rao (KTR) thanked people for reposing their faith in the TRS.

While many attribute TRS’s victory to its mass base, some say that the voting pattern of the people changes from election to election.

Speaking to #KhabarLive, TRS official spokesperson Krishank Manne said, “Our government’s schemes and policies, along with the commitment of leadership, has yielded 100% results in district body elections. This shows that people trust in TRS.”

When asked about the Lok Sabha verdict, Manne said, “The so-called opponents BJP and Congress came together to the defeat TRS in Nizamabad, Karimnagar and Secundrabad. Congress clearly paved a way for the BJP.”

He, however, believes that the TRS is fit to hold power in Telangana and prevent the state from ‘falling in the grip’ of the BJP or the Congress.

The BJP, meanwhile, has claimed that it will emerge as an alternative to the ruling TRS in the state. In the Lok Sabha elections, the BJP made inroads into Telangana, taking their tally of MPs from just one to four — in Adilabad, Karimnagar, Nizamabad and Secunderabad constituencies.

“He (KCR) foresaw the BJP winning in Lok Sabha elections. If the Zilla Parishad elections were held after Lok Sabha results were announced, the impact would have definitely been seen,” Subhash said.

While the TRS maintains that it has held its own in the state, the BJP, which received a morale boost in the Lok Sabha elections, is riding on its success.

The BJP state leadership is of the opinion that the BJP will emerge as a strong alternative to the ruling TRS given the ‘leadership vacuum’ that the Congress is currently facing. Moreover, the Congress in the state is in shambles — the Telangana Congress faced a series of defections and is now left with only six MLAs in the 119-member Legislative Assembly.

Senior Research Fellow at Centre for Economic and Social Studies (CESS), Dr Siliveru Harinath, observed, “The TRS should remember that the people have voted them to power in Zilla Parishad after assessing various local issues. If at any point they fail to reach out to the masses, there is huge ground for the BJP and to Congress.”

Dr Siliveru opined that the Congress, BJP’s main opposition party, appeared like they did not work enough in the three seats out of the four. “TRS’s allegations of collusion between the Congress and BJP cannot be brushed off.” #KhabarLive