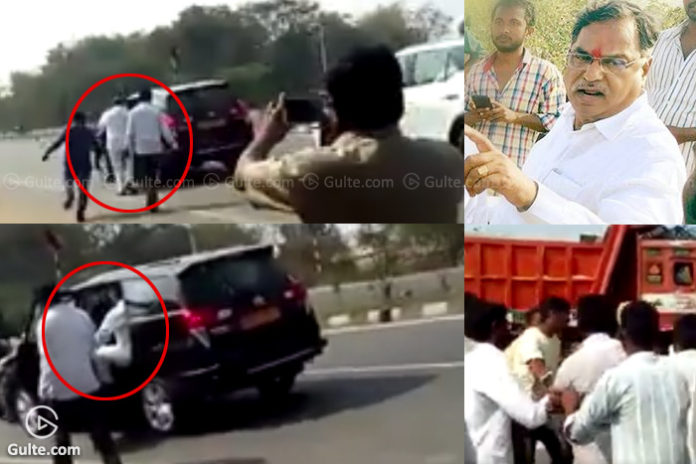 As the news flowed later, a video of TRS MLA running away from farmers of his constituency is going viral online. The shocking incident took on Sankranthi day when the MLA visited their village.

Going into details, Peddapalli MLA Dasari Manohar Reddy of TRS was chased by the farmers who are angry with the government over the delay in the release of irrigation water from the SRSP canal. The farmers of Gangaram village of Kalwa Srirampur mandal in Peddapalli have grilled the MLA.

ALSO READ:  Why No One Is Reading Your Awesome Content?

Knowing about MLA’s visit, the farmers of Gangaram have gathered and blocked his way. On seeing the farmers, the MLA got down from his car and tried to pacify them but he failed.

The farmers said that believing the government’s promise of water, they raised crops in hundreds of acres but, due to lack of water, the crops were withering. As they grilled him, the MLA tried to get out of the village but the angry farmers shouted slogans and ran after his vehicle. Police helped the MLA get into his car and escorted him till he crossed the village limits.

Meanwhile, Irrigation Minister Harish Rao is yet to respond on this serious incident.

At a time when CM KCR is making tall claims of giving 24 hours power and Irrigation Minister is claiming of providing irrigation water, this incident has shocked many. #KhabarLive