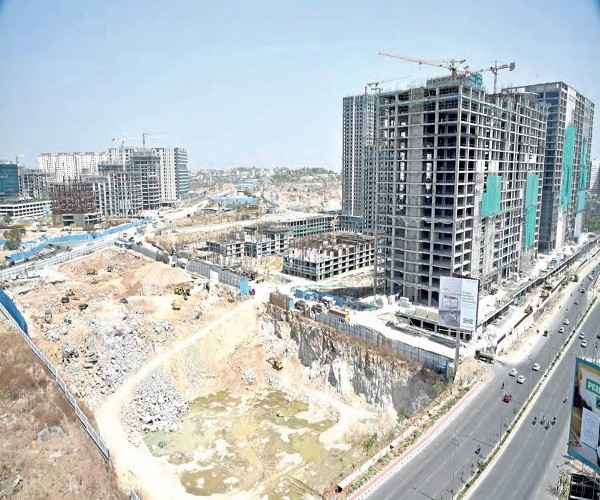 However, when it comes to steel prices, some of the developers found fault with the Telangana government as well for deciding to procure steel at old prices without taking into consideration the hike in prices, for the 2BHK housing scheme.

C Shekar Reddy, former national president, CREDAI, said, “Earlier, during the license raj, the government used to control price of cement. With open market, competition among companies should decide prices, but cement manufacturers lobby and escalate prices. We have been requesting them again and again to keep the price fluctuations limited, but to no avail. Many cement companies are not even manufacturing utilising the full capacity of their plants.”

He added, “If they increase prices during rains, even that is understandable, but during summer when most of the construction projects run full-steam, there is no need to hike cement prices.”

Manoj Agarwal, director at DSL Infrastructure & Space Developers, pointed out that cement and steel constitute about 40 per cent and 30 per cent of the structural costs respectively and how rise in both these materials increases cost burden on the developers.

Agarwal said, “There is cartelisation in the cement sector. Earlier the Competition Commission of India(CCI) had penalised cement manufacturers for their unethical pricing but they have not changed their ways. The cement manufactures have increased costs by 30 per cent even in one day. Sometimes, they just stop dispatches of cement from the plants.”

He added, “Steel prices have also increased by about 50 per cent against a rise in demand for steel by just about 15 per cent. This does not make any sense.”

G Ram Reddy, Telangana president, CREDAI, also pointed out how the CCI had earlier penalised cement manufacturers over the prices and said, “There has been a major impact on the real estate sector as any construction involves cement and steel. The state government’s move to buy steel for the 2BHK housing scheme at only old rates and not for hiked rates is one of the reasons why prices of steel have gone up in Hyderabad. The steel companies are transferring their losses from the 2BHK scheme to other users.”

Moreover, there has also been a rise in costs of pet coke, coal and diesel, as a result of which there has been fluctuation in cement prices. Prices of cement have remained in the range of Rs 300-350 (per 50kg bag) for the past many years, with some minor fluctuations.” #KhabarLive