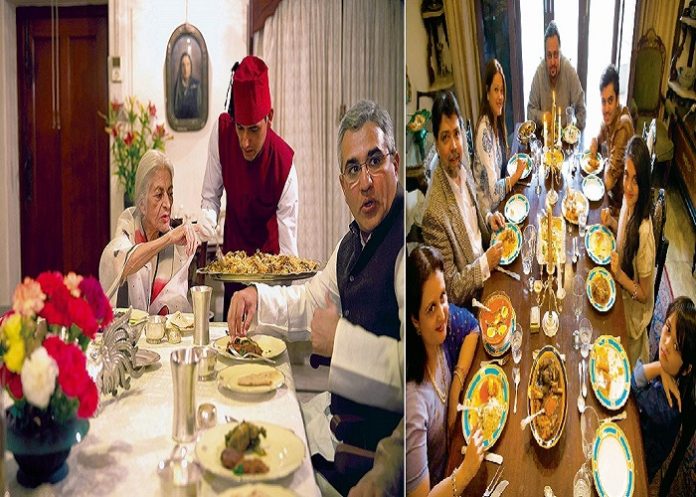 Considering the exotic culinary legacy of India’s nawabi families. One of the most distinguishing facets of any nobility is perhaps its food and wine. Picture, if you will, kitchens as big as mansions, stocked with the finest fruit and meat, moustachioed khansamas or bawarchis fussing over every detail and a liveried staff wheeling out the final spread to elegantly attired diners.

It’s like that famous Ralph Waldo Emerson quote come to life: “Let the stoics say what they please, we do not eat for the good of living but because the meat is savoury and the appetite is keen.”

Some of the city’s breathtaking monuments, including the famous Falaknuma Palace and Paigah tombs, are the creation of the Paigah nobles, a family whose members often married into the Nizam of Hyderabad’s dynasty. Head of the Paigahs, Asman Jah, served as the prime minister to the Nizam from 1887-1893. He was known for his grand soirées and banquets, during which every course was resplendent.

A usual menu had dum ka murgh (chicken cooked in the dum style), kuchhe gosht ke kofte, kormas and, various biryanis and pulaos.There were all manner of kebabs including the shikhampur shaami (a stuffed shaami kebab) and malai seekh. Other specialties like tootak, an oval biscuit stuffed with fresh mince and cooked with lemon, and luqmi,a pastry stuffed with fried kheema, were also served.

Nawab Ghouseuddin Khan, the current head of the family, is fond of cooking and is known to entertain guests at Basheerbagh Palace with help from his wife Moin un Nisa Begum. The women of the family have recorded all the old recipes and now take turns in preparing them.

Modern life may require that today’s nawabi families eschew outlandish spectacle, for the most part at least. Their food though is rich with a capital R. Some of these nawab households featured in the following photo essay often open their doors to travellers, who can then experience up close what it is to live like kings even if it be for a fleeting few hours. #KhabarLive