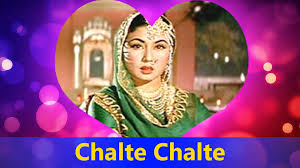 By and large, it has held true. The feeling that brazen communalism has not affected ties in the Hindi film industry, for long a melting pot of different cultures, ethnicities and communities. Members of the minority community, predominantly Muslim, notably have had their forums to express their opinions freely and pen them as lyrics and compositions.

Lyricist and writer Muqtida Hasan Nida Fazli (1938-2016) was one such personality, who was popular for his outspokenness on sensitive issues like the Partition and fundamentalism, a continuing bane of our society. Yet the ugly face of communalism caught up with him when he had to take shelter in his friend’s house during the communal riots of December 1992 in Mumbai.

Known for a few of his immortal classics as a lyricist, Fazli had a long career from 1980 till 2006 during which he co-wrote a few film scripts. “Tu Is Tarah Se Meri Zindagi Mein” is a song, which is still sung by a whole lot of diehard romantics which Fazli penned. He had a rich career in which he was a journalist and also a social person who partook in various poetry-related meetings. Fazli died on February 8, two years ago.

2018 is an epoch-making year of sorts for yet another cine celebrity, Kamal Amrohi. On January 17, 1918 Amrohi was born and hence this year happens to be his birth centenary. One of the most mercurial yet popular directors of his times, Amrohi’s output may have been very few films but he inhabited the filmi space in Bombay for nearly five decades, beginning from 1938 and ending in 1983.

India’s first re-incarnation thriller ‘Mahal’ (1949) starring Ashok Kumar and Madhubala was helmed by him. Till date, its songs have continued to haunt its listeners. Then who can forget ‘Pakeezah’ released in 1972, more than 15 years after it was conceived. Released 45 years ago in the same month (February 4), it went on to become a cult classic despite initial negative reviews and picked up pace once its heroine Meena Kumari died nearly two months later.

Amrohi could not touch those stratospheric heights ever, as his later films did not make a mark including the much-hyped ‘Razia Sultan’ starring Dharmendra and Hema Malini. Kamal Amrohi died 25 years ago on February 11. #KhabarLive