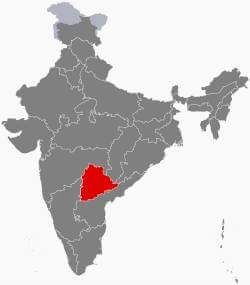 The year that has gone by has left behind a trail of memories, both good and bad, for the people as well as the government. Stepping into 2018, P Hareesh takes a look at some of the major events that might unfold over the course of next 365 days that can change the dynamics of governance and politics in Telangana.

Panchayat elections: The youngest state of India, Telangana, would see its first Panchayat elections this year. With the tenure of Gram Panchayats coming to an end before August, the State Election Commission is likely to conduct polls for GP members in June or July. The elections are being touted as semi-finals ahead of the 2019 Assembly polls.

Irrigation projects: Redesigning of irrigation projects was the brainchild of CM K Chadrasekhar Rao and in the process Pranahitha-Chevella took shape as Kaleshwaram Lift Irrigation Scheme. In spite of land acquisition, the government is putting in efforts to ensure farmers reap benefits of KLIS this year. By June, State is likely to give irrigation water to lakhs of acres of land.

Aid to farmers: A major announcement from the CM in 2017 was extending financial aid of `8,000 per acre to farmers which will be realised this year. The farmers will be identified through Farmers Associations by verifying their land holdings.

ALSO READ:  A Story Of The Gangster Votes And Phulpur Elections: ‘Are Muslims Really Serious About Getting Rid Of The BJP?’

Tamper-proof Pattadar PassBooks for farmers: After cleansing the land revenue records, the state will issue new Pattadar passbooks free of cost to farmers from Jan 26. Land litigations is one of the major cause of concern for farmers and the new land records will come as a boon for them.

Challenges Before TRS govt:
– Filling up of vacant government posts
– Speeding up land acquisition for Kaleshwaram and other irrigation projects
– Resourcing funds for the SRDP
– Construction of two BHK houses
– Reshuffling in offing

After conflict between Adivasis and Lambadas in Adilabad, the State had reshuffled three IAS officers (collectors) and few IPS officers and gave new postings. However, this left some districts with in-charge collectors.

TRS might go for a massive reshuffle of bureaucrats, sources said adding that performing officers will be rewarded and others be pushed to inconsequential posts. #KhabarLive