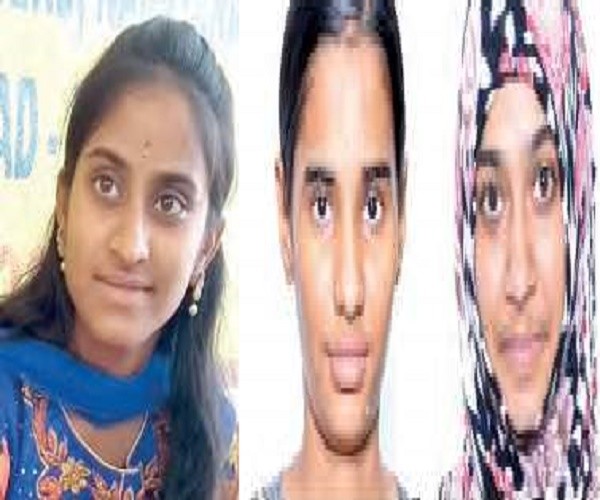 It was two years ago when she was only 16 that V Sandhya’s parents decided to get her married. She was informed just one day ahead of the engagement. Though it came as a shock to her, she was left with no option. Just when the ceremony was about to begin, she was rescued by city-based child rights NGO Balala Hakkula Sangham (BHS).

Fighting a number of troubles that followed this rescue, Sandhya is currently elated as she is one step ahead towards her dream to become an HR executive in a multi-national company. The intermediate second year student, by sheer hard work, scored 86%. “I scored 87% in the first year. But I am not disappointed,” said a cheerful and determined Sandhya to KhabarLive.

It was not an easy journey for her. Soon after the marriage broke off, her father committed suicide unable to face societal judgements. She too was heckled and was labelled as someone who killed her father. She was saddened by it, but it did not kill her spirit. She continued to go to college, engaged in classes and scored marks, which surprised even her elder brother and her mother.

“That’s when they pushed me to work harder,” said the 18-year-old. Her interests are in learning about the world’s economy and how it all works. Her Intermediate education was funded by Rangareddy collector.

“My mother does laundry service and my brother works in a small company. These earnings will not help me pursue further studies,” she said. While she is thankful to BHS and currently happy about the result, she is hopeful that someone will come forward and help her to pursue her dreams. #KhabarLive