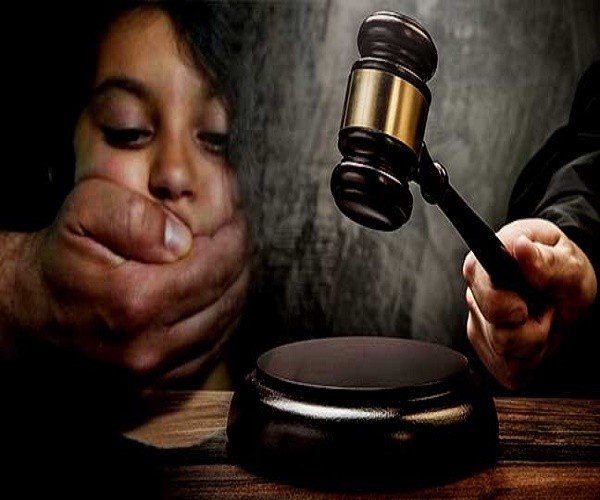 The human mind is complex but it has one overriding goal: survival. And if memory of a violation can threaten this, then the memory can be blunted, altered or even deleted. We speak to child sexual abuse survivors and experts, on how they deal with the trauma that may be only partly remembered but is fully felt.

Child sexual abuse is more common than you think. A government-commissioned first-ever survey on child abuse in the country (done in 2007) found that more than 53 per cent of children in India are subjected to sexual abuse. The study also reported that 50 per cent of abusers are known to the child or are in a position of trust and responsibility and most children had not reported the matter to anyone. There are several reasons behind this. Says psychiatrist Ambika Bhatt, “Not being able to comprehend that it was abuse, lack of support, fear of stigmatisation, fear of rejection by family, psychological impacts such as aggression, and the mind’s complex defense mechanism, are just a few of the reasons.”

Take the case of Mohan*, who was sexually abused for over two years by an older cousin when he was seven. He finally told his parents about it when he turned 18. Because, it was at the age of 18 that he came across a ‘trigger’—a man tried to grope him in the train—and it brought back another bad memory. Social activist Harrish Iyer says, “Your mind shuts out those memories by creating blind spots. I was sexually abused from the age of 7 to 18, and if you had recorded my statement at the age of 18, it would have been very different from the one I would give now.”

Even now, he says, when he speaks about the abuse in different forums, those blind spots start opening up. “For instance, I didn’t speak about being gangraped until quite recently. There are a lot of things that your mind shuts out. I think it is a survival instinct. If I had remembered everything, I would probably have been a manic depressive. As a child, I wouldn’t have been able to cope with the whole truth.” That is why there are often discrepancies in the statements of Child Sexual Abuse (CSA) survivors—like in the case of Dylan Farrow, who accused her adoptive father and Hollywood director Woody Allen of sexually molesting her at the age of seven. Sadly, the air of disbelief created by those discrepancies is usually what sexual predators rely on when they abuse or molest children.

While the anti-rape laws in India protect only women, fortunately, the Protection of Children from Sexual Offences Act 2012, goes a step further, by acknowledging and addressing the fact that boys can be sexually abused too. In fact, some studies have shown that abuse is more common among boys than girls. “While the law is stringent, its implementation leaves a lot to be desired,” says Harrish. In May 2013, Harrish complained against an unidentified man who bragged about having sex with a minor on Facebook. However, nine months later, although repeated complaints at several police stations as well as with the cyber cell resulted in the tracking of the IP address and the person behind the post, no action has been taken against him. “The law also needs to understand that a survivor’s statement will change and evolve. It cannot be taken down at the crime scene, right after the crime. With 11 years of abuse behind me, one cannot expect me to remember it all and talk about it in one go,” he explains.

CSA leaves a huge impact, and sometimes it takes a lifetime for a person to deal with the fallout. Says counsellor Anandi Rane, “Many times, patients may have symptoms such as aggressive behaviour, infidelity and other psychological issues. But a few sessions reveal the actual problem: sexual abuse.” Survivors may show symptoms such as constant need for approval and appreciation, etc. Sexual abuse often affects development, particularly the sexual development of the child (they may either become hyper sexual or hypo sexual); they are unable to have relationships, suffer from post traumatic stress disorder, phobias such as fear of dark places etc, she says.

Dr David Finklehor, an American sociologist known for his research on CSA, came up with a model that charts its impact. “According to him, there are four things generally seen in a CSA survivor. Betrayal and trust issues, because of which they are unable to build and maintain trusting relationships, powerlessness—because of the power dynamic between them and the abuser, they feel helpless and cannot take charge of their lives—stigmatisation and traumatic sexualisation, which is quite unique to CSA survivors. Because the abuser has used inappropriate ways to seek sexual gratification, the child’s understanding of sexuality becomes dysfunctional. Sometimes, they equate sex with love. This is because the child has experienced sexual activity without the right context.

“Your idea of sex and sexuality gets warped,” agrees Harrish. “There are cases of CSA survivors who think it is okay to abuse children because it happened to them and they believe that’s what happens to everyone. Then there are others who have tendencies of wanting to gratify people by offering sex. I myself took a number of years to understand my sexuality.”

Arpan, a Mumbai-based NGO for counselling and spreading awareness about CSA, counsels about 15 survivors a week. Counselling involves stabilising and trauma processing over 15 to 20 sessions. “But,” says Pooja Taparia, who runs Arpan, “I notice that most patients do not stay for the trauma processing part—they leave as soon as they start feeling slightly better. Also, trauma processing is a very painful experience—you have to revisit the past, which not many are willing to.”

Nevertheless, the process helps you heal. Trauma processing techniques like hypnotherapy and eye movement desensitisation reprocessing (EMDR) help relieve those repressed emotions and are fantastic tools for healing, she adds.

And then there is also, what Harrish calls, ‘the Flintstone effect’. Whenever a person opens up on CSA, he/she becomes a catalyst for another person going through it. He recalls how he received several emails after his appearance on the TV talk show Satyamev Jayate, asking for help in dealing with sexual abuse. He says it is the first step towards accepting and healing.

As a young journalist working with a Gujarati newspaper, back in 1993, Triveni Acharya was full of fire, and already a social activist at heart. “One of my assignments was to cover the late actor-turned-politician Sunil Dutt’s visit to Kamathipura on Raksha Bandhan, when commercial sex workers would tie a rakhi on his wrist,” she recalls. On that particular visit, she found a young girl, perhaps 12 years old, cowering in fear and crying for help. It was the first glimpse Triveni got into the inner workings of a brothel. That one visit changed the course of Triveni’s life. Today, the social activist heads Rescue Foundation, which has rescued over 5,000 young girls, victims of human trafficking. These girls are from various parts of the country as well as from Nepal, Bhutan and Bangladesh, and some are as young as 10.

About six months after she first visited the brothel, Triveni, along with her husband Balkrishna Acharya, and officials from the local police station, managed to conduct a raid at the brothel. “We had gone to rescue one girl, but instead we found 14 others who said they wanted to leave.”

The girls had stories of horror. Those who refused or attempted to run away were beaten by the gharwalis (Madams), raped, and even had chilli powder poured in their vagina. And since they had been trafficked when they were very young, they did not remember where they were from. Triveni and her husband decided that merely rescuing them in a raid was not enough—they needed to be rehabilitated, reintegrated and repatriated. And that is what Rescue Foundation does through its three shelters in Mumbai, Thane and Pune.

What is the right time to talk to a child about personal safety? According to me, as soon as a child can start talking and understanding basic things. I recommend teaching children at the age of 2.5 to 3 years about private parts and how they should not allow anyone to touch them inappropriately and tell their parents if someone does. We are currently doing the programme with 6 to 13 year olds. We have helped them with skills on how they can say no and get away from an unsafe situation and how to approach an adult with a complaint. And, most importantly, how it is not their fault and they are not to blame.

A year after we started in 2008, when I revisited the children I had addressed, I noticed that the children remembered 100 per cent of what had been taught to them about the difference between safe and unsafe touches. They even said they found it useful in their day-to-day life. Whenever we organise a talk in a school, about 10 per cent of the children we address approach us and share an issue—an ongoing abuse, peer touching, bullying, etc. We approach all schools, municipal or private, in Mumbai and Thane area, randomly, as all children are vulnerable. At a time when sex education is still not compulsory in schools, it is an uphill task. But I do notice a trend where more and more principals are keen to do this programme in schools, although some of the older schools are not so open. We also have sessions with parents, where we have seen an 85 per cent increase in awareness among them.

There are two huge myths regarding child sexual abuse (CSA). One is that it largely happens to girls. But the truth is boys are just as vulnerable and just as likely to not report it to anyone. The other myth is that CSA makes you homosexual. Though CSA survivors do have problems dealing with the trauma, the truth is there is no corroborative research to prove any link between CSA and homosexuality.

However, awareness has certainly increased. Post movies like Highway and shows like Satyamev Jayate, for instance, we got quite a few calls and people who came for counselling. Usually it is either some encouragement or push from a friend, something they have seen on TV or film, or an article they have read which acts as a trigger that makes people approach a counsellor. The impact of CSA is the same on the child anywhere in the world. The West is more open to talking about the issue, seeking help, and organising awareness programmes. However, in India, there is a huge culture of silence around it. And that is why addressing the issue in schools and in homes is so important. #KhabarLive