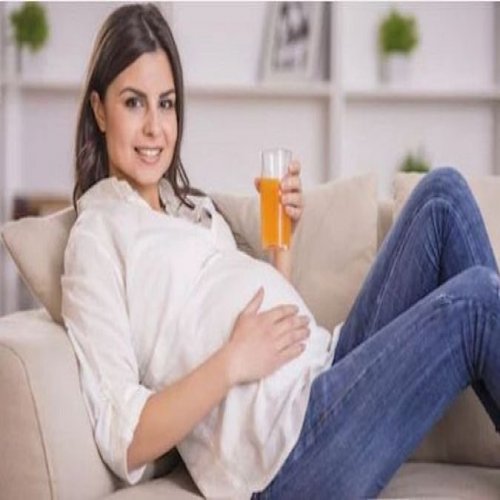 The nutrient Choline is not a new term, but the medical benefits that an expectant mother and her to be born child could gain amid the COVID fears is truly refreshing to know. This natural solution has proven to throw light and hope to create a healthier future generation in a critical pandemic era.

The research mentions that when a pregnant woman takes more choline supplements in her regular diet, this would subsequently bring down the negative effects of COVID- 19 on the newborn child. The choline element can prevent the child from suffering from viral respiratory infections and also various mental health related issues.

What is Choline?
Choline is a variant nutrient that belongs to the Vitamin B family. This is present in most of the dietary supplements available in the supermarkets and also it is available in various foods.

Source of Choline
Choline is naturally found in many plant-based products like beans and cruciferous vegetables. It is also found in animal-based products like poultry, dairy products, meat, eggs, and also fish. Apart from this, the nutrient can be absorbed from dried nuts, whole grains, and seeds.

Most importantly, with respect to an infant’s health – choline is a component found in breast milk. This is what aids in the fetal development during the early stages of childbirth. For an expecting or a lactating mother who needs regular choline supplements, they will need about 450 milligrams per day during the nine months of pregnancy. For a lactating mother, the mother will need about 550 milligrams. This can be obtained from broccoli, cauliflower, egg yolks, and nuts.

Benefits of Choline
∙        Choline plays a very significant role in giving form and substance to the human genes, metabolism process, and also lipid transport. It helps the cell membranes to connect and communicate within the whole body.

∙        With respect to a newborn baby, this is one of the most important nutrients that aid in proper fetal brain development. As per the medical studies, COVID -19 can destroy a child’s respiratory organs and also hamper brain development. For this, if choline supplements are taken by the mother during pregnancy, this would make the newborn baby capable enough to mitigate the risks of COVID infections.

∙        Studies reveal that when a woman consumes choline supplements during her pregnancy and nursing phase, it will protect the infants from the following diseases like Down syndrome and other neurodegenerative diseases like Alzheimer’s disease.

∙        A normal retarded person will have to confront mental issues like impulsive actions, lack of attention on a certain object, irrational cognitive abilities, sudden emotional fluctuations, and lack of capability to comprehend information. But the trials of Choline proved that this could come to an end, thus benefitting the child immensely.

∙        Choline helps the person have a normal emotional stability and also allows the child to keep their attention focussed on a certain object or topic for a reasonable amount of time. Such results were obtained after comparing babies of both groups (mothers who added choline in their pregnancy diet and those who did not).

∙        Plus, choline aided the learning capability of the child during their growing years in life. This was because the neurodegeneration process of the brain was controlled effectively to a large limit.

∙        Medical experts have come to a conclusion that if the choline supplements or the corresponding sources of choline are taken by expectant mothers at an early stage of pregnancy, this would enhance the brain development of the infant from a young age.

What do the studies reveal?
In the study, the newborn children who had higher levels of prenatal choline in their body had a steady foetal brain development cycle. This was evident even in babies whose mother had contracted the respiratory viral infection at an early stage of their pregnancy.

Medical experts advise the need of pregnant ladies to increase their intake of Choline, just like they would normally intake vitamins and folic acid tablets.

In the study, the virus-infected mothers who had high choline levels could give birth to infants who have a more steady and improved fetus development during the first three months of birth. Experts predict that Choline can buffer down the negative effects of the virus on the child’s brain. It will also reduce the possibilities of mental illnesses for the child.

In the past years, medical studies have witnessed many types of pandemics. This has caused a lot of illness and depression to pregnant ladies. The infants who were born were also victims of various mental illnesses like autism, attention deficit disorder, and schizophrenia.

But during the 2020 pandemic, the experts have relied on the fact that choline supplements will help the infants survive in a healthy manner.

This elaborate research done during the pandemic times is certainly useful for families who are stressed about pregnancy and COVID. The research shows that even though the mother may or may not get affected by the virus, the regular intake of choline would surely keep the infant safe, and healthy. As far as medical research is concerned, Choline, a vital nutrient that belongs to Vitamin B, can stop any harm on fetal brain development. This is probably the most sensible way that mothers of the 2020 era can gift their children with a healthy start in life. #KhabarLive #hydnews

ALSO READ:  'I Want To Play The Role Of KCR In His Biopic' - Actor Nawazuddin Siddiqui