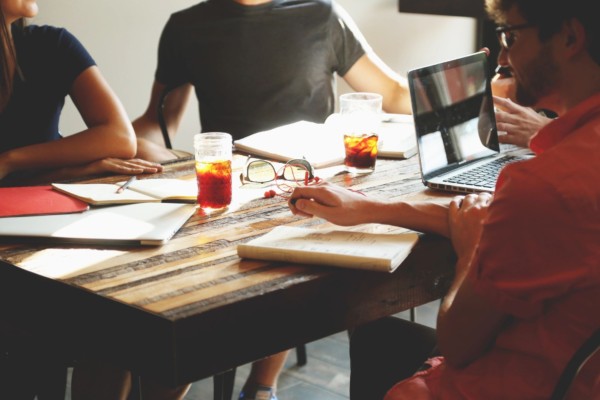 The unrest provides an opportunity to both faculty and students to undertake a cost-benefit analysis of either attending or non-attending classes.

The piece by Arunoday Majumder on the student agitation in JNU against the university’s decision to make minimum 75 per cent attendance compulsory for all students, deserves serious attention of the academia. It is not only because of its possible impact on the educational environment in a premier institution of the country, but also for its broader implications for our entire education system.

One can understand the frustration of an academic if an agitation is launched just for scoring political brownie points by students, without providing any proper reason for the expected detrimental impact of the new attendance rule on their quality of education and career prospect.

Unfortunately, on his part, Majumder has also failed to look into the problem beyond its surface level manifestation and views it predominantly as an issue of irresponsible behaviour of students, seemingly with leftist orientation, who are ever ready for any agitation.

It is time our academia, particularly in the leading institutions, starts realising the fact that the time has come, using Apple’s expression, to “think different” the way we run our education system, the genesis of which goes back to the dawn of the industrial era 300 years ago. The exponential growth of computing power, which itself is a product of the old education system, for a prolonged period has eventually unleashed a combinatorial growth process that is now profoundly disrupting every aspect of our life. High growth of productivity of capital for a continuous period has now created a level of economic inequality in the developed market economies – and now also in many other developing countries like India – which is not sustainable anymore.

It is true that the world has already left Marx, Engels, Lenin and other socialist icons of the past far behind, but only in their original avatar. Many of their ideas are now again gaining immense momentum everywhere, including in the citadel of capitalism.

The ongoing turbulence in the economy caused by the technological progress is having a serious impact on the students and being manifested through different movements in almost every university worldwide.

It is possible that the agitation in JNU is also a subconscious-level reflection of this fast-changing reality. The faculty and the academic administration of the university, who primarily exists for their main customer – the students, should take a deep dive and try to look at the root cause for the unrest over the issue of compulsory attendance.

It is obvious that students today are experiencing very high level of stress and anxiety. A large section of them after taking bank loans for education is now worried about their future job prospect. Student loan defaults are increasing. Even if growth is there in many industries, jobs are hard to come by, thanks to rapid development of labour-saving technologies.

In such a situation, is the JNU administration able to instil confidence among its students and convince them that by forcing to attend more classes the university will actually improve the chances of students’ employment, say, by about 15 per cent? What about the opportunity cost of this additional burden of 15 per cent time-commitment for the students?

Most importantly, the academics of the institution must acknowledge the fact that the traditional education system, which is primarily responsible for bringing our civilisation to the doorstep of a new machine age, is itself now facing the danger of extinction as newer alternatives for very high quality education are mushrooming everywhere. In this context, it makes sense to look at the protest in JNU as a reflection of students’ frustration in the outdated system of teaching-learning.

It can be seen as an attempt of a dying institution that is only interested in keeping itself alive by creating a captive audience.

Let us look at some factoids and projections that are coming out from some of the world’s most-prestigious academic institutions which have received wide publicity in the recent years.

As per one estimate, the dawn of time up until 2005, humans had created 130 exabytes of data, which included everything – from books to songs to films and other documented material.

After just five years, with Moore’s law entering the steeper segment of the growth curve, by 2010, this amount galloped to an astonishing amount of 1,200 exabytes. It was not surprising that in 2009 the Sony Corporation in its first “Did you know?” video series mentioned that what the students of a four-year technology course were taught in their first year became obsolete by 50 per cent when they reach the third year.

By 2015, new data creation reached a staggering 7,900 exabytes. The projected figure for 2020 is 40,900 exabytes. A graphical illustration by Tim Urban – one of the most popular bloggers and TED annual conference speaker – uploaded on his website shows the current location of the human civilisation.

The data explosion, machine learning and artificial superintelligence (ASI) are all set to take us to a level very soon where we may not find much difference in the lifestyle of the first homo sapiens and our parents and grandparents.

Our current educational system is not suitable to handle this kind of data explosion and provide meaningful education. The 50-fold growth of data between 2010 and 2020 will soon make our institutions totally incapable of understanding what is going on around us. The traditional teaching is not effective anymore.

According to some guesstimate, our scientists together with the machines can now process only about one-third of the existing data to create new knowledge. It is not surprising to see that to deal with the situation in countries, for example Finland which is known for its very high quality school education, are moving away from traditional subject teaching and examination (discussed previously in this column).

It is also important to notice that high rate of knowledge obsolescence is also leading to exponential growth of scarcity value of time. Students now need to process much more information per unit of time just to keep themselves up to speed, and competitive. Forcing them to come to class as captive customers may create very high opportunity costs for them.

If we further compute the administrative as well as faculty costs for organising such classes in fixed locations and fixed time (which makes time more expensive), then the system cannot remain viable. Many new-age educational organisations and start-ups, launched by some of the top minds in the academia, are already experiencing Uber-like growth. While rightly criticising the JNU students for raising some run-of-the-mill leftist slogans, possibly lifted from the “Red book”, we can only hope that the academic community in JNU will seize this opportunity to initiate a process of dialogue with all stakeholders to deal with the situation hitherto unknown to all of us.

It is the responsibility of the university to explain it to the students why they must compulsorily come to the class physically by spending their precious time and money? It would be naïve if we do not acknowledge the fact that in many of our universities the students today actually don’t need to go to a class to gain better education. Much better-quality education, coming from some of the best institutions, is already available online which can be accessed at a very low price.

Hence, the present unrest provides a unique opportunity to both the JNU faculty and students for undertaking a cost-benefit analysis of either attending or non-attending. #KhabarLive