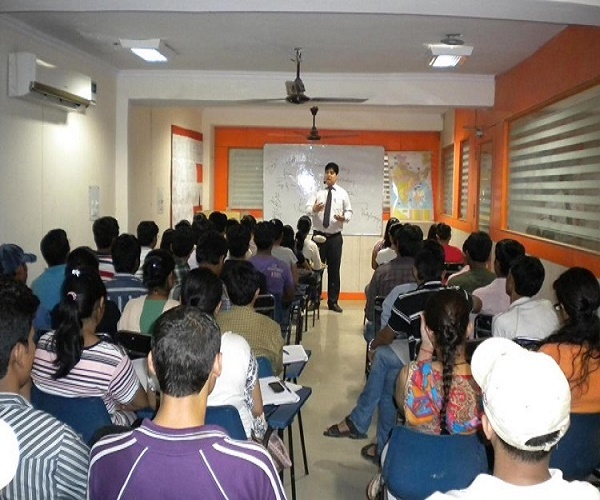 Every year in Telangana, an estimated 4.5 lakh students take secondary school examinations and are presented with a choice. Should they pursue their higher secondary with a regular school or should they go to one of 2,400 government or private junior colleges in the state?

Many opt for a private junior college, often with the intention of enrolling for coaching classes to help prepare them for competitive exams along with their two-year intermediate course.

Of the 2,400 junior colleges in Telangana, 1,900 of them are private while the rest are government-owned or aided. The TSBIE sets the rules and regulations under which these junior colleges operate, but do not have any jurisdictional or enforcement powers over the blatant violations of the fee limit set by the board. While the board has set a cap of Rs 1760 for the first year and Rs 1940 for the second year, private colleges charge anywhere between Rs 75,000 to Rs 3 lakh per student.

#KhabarLive approached the management of a few junior colleges in the state, under the pretext of admitting a student to their institute. All of them were happy to admit students to their intermediate course and coaching classes, despite the fact that barely four months remain for the academic year to end.

“We are an intermediate class with coaching, we do the coaching batch wise. Your niece can join half-way, almost two months’ worth of classes are over. Two months’ worth of classes remain. We will start the next year’s batch in mid-March. We charge Rs 75,000 for seven-month-long classes; for two-year-long classes we charge Rs 1.5 lakh (excluding hostel fee). If required, we can arrange hostel facility,” said a representative of Vision 40 coaching centre.

The coaching classes for competitive exams on offer range from engineering, EAMCET, CA, NEET and IIT preparations. Classes at these coaching centres begin at 7:30 am and end only by at 8 pm. Over the course of the day, the students get an hour-long lunch break, a 1.5-hour long snack break and a 10-minute break every two hours. It is to be noted, however, that the TSBIE allows classes to be held only between 8 am and 4:30 pm.

Lack of regulation
“They looked like people hijacked and put in concentration camps,” was the observation made by Dr Neerada Reddy in 2007, who headed the Neerada Reddy Committee. The Committee, formed after a slew of suicides by intermediate students at corporate colleges, was tasked with studying the reasons for the deaths and make recommendations.

ALSO READ:  Why 'Moving Houses' During Covid Pandemic Is An Ordeal In Hyderabad?

Eleven years after the Committee filed its report, the details are yet to be made public.

“As of now, anyone can operate a coaching centre and there is no law to oversee their activities. The need of the hour is to bring in a law that will bring these coaching institutes under the ambit of government regulations,” said Dr P Madhusudhan Reddy, President of the Government and Private Colleges Lecturers Association, alleging that there are as many as 600 unauthorized coaching institutes, in addition to the 2,400 recognised by the TSBIE operating as junior colleges in the state.”Many of them are located in and around Hyderabad,” he added.

“They have a tie up or an understanding with an affiliated junior college and get the students applications for intermediate exams registered through them,” said the Professor, who also alleged that institutes like Sri Ramya Academy and Akash Academy forward as many as 12,000 student applications through the Tapasya Academy.

“If you check the attendance sheet of Tapasya Academy, you will find that none of those 12,000 students has attendance at their institute. Institutes like Narayana, for instance, have shifted the premises of their coaching institutes to city outskirts and forward their student applications through the registered junior colleges that they own. It’s an estimated Rs 2000 crore business, collecting an average of Rs 3 lakh from each student,” he said.

Charging excess fees, under different names
Vijay Gopal, President of Forum Against Corruption, who has filed complaints against Sri Chaitanya and Gautham junior colleges with the Child’s Right Commission, TSBIE, is mulling a police complaint against them for exorbitant fees and a slew of other violations, “I have complaints only against two of these institutions as only five parents of students from these institutes came forward. They have provided the receipts of bills as proof,” he said.

Vijay alleges that some of these institutes even withhold original intermediate certificates of students, if the fees demanded by them are not paid.

“That too is illegal. The parents were shocked when they got to know that there was a cap on the fees. They have been struggling to pay off the rest. These institutes also charge fees in excess of the tuition fees, in the form of donation fee, admission fee, one-time fee, etc. Apart from a recognition fee of Rs 200 and tuition fee, no other fee is allowed. Intermediate colleges do not have permission to run any other course other than what they have permission for,” pointed out Gopal.

Despite attempts to reach out to them, the TSBIE did not respond. This story will be updated if and when the board responds. #KhabarLive