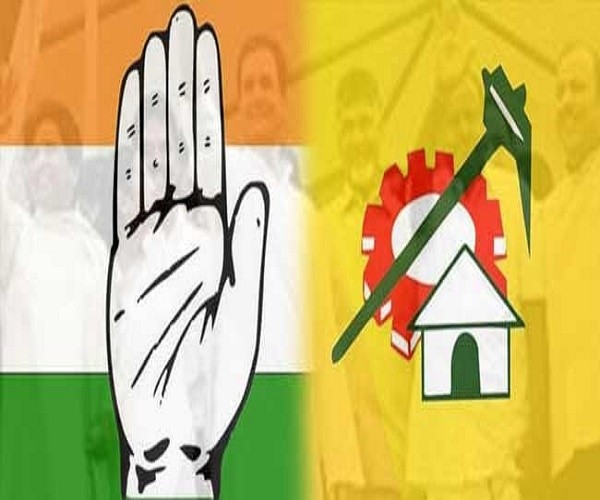 The opposition alliance in Telangana may be heading into turbulence over seat-sharing. Congress is willing to share only half of the seats demanded by its ally Telugu Desam Party (TDP) for the assembly election in Telangana.

Congress has tied up with N Chandrababu Naidu-led TDP, the Communist Party of India (CPI) and the Telangana Jana Samithi (TJS) for the polls.

The report suggests that a decision on seat sharing is expected to be taken after the first week of October.

Citing a senior leader of the Telangana Pradesh Congress Committee (TPCC), suggests that the Congress is ready to share 20-25 seats with all its partners. The state assembly has a total 119 seats. This is well short of TDP’s demand for contesting 30 seats.

The TPCC leader as saying that the TDP “will settle for about half” of what they have demanded.

Congress has also reportedly decided to limit the seat allocation for its senior leaders to around 40 seats.

The party’s focus will be on selecting candidates on the basis of their chances of winning the polls, the report adds.

“We cannot take a risk by giving seats to people just because they come from political dynasties,” the Congress leader told #KhabarLive.

Senior TDP leader E Peddi Reddy however told #KhabarLive that the final decision on seat allocation will be taken only after the election schedule is announced.

The Election Commission (EC) is currently working on a plan to hold the state’s assembly election before the end of the year, after Chief Minister K Chandrashekar Rao-led Telugu Rashtra Samithi (TRS) prematurely dissolved the Assembly on September 6.

The TRS has already declared its list of 105 candidates and is expected to declare candidates for the remaining seats soon.

In 2014, the Rao-led party had won 63 seats in the assembly polls, that happened simultaneously with the Lok Sabha elections. Congress had clinched 21 seats while TDP had settled for 15 seats. The Bharatiya Janata Party (BJP) had won five seats in the state assembly.

The EC has decided to publish the final electoral rolls list on October 8, hinting at the possibility that the state polls could happen later this year along with Chhattisgarh, Madhya Pradesh, Mizoram and Rajasthan. #KhabarLive