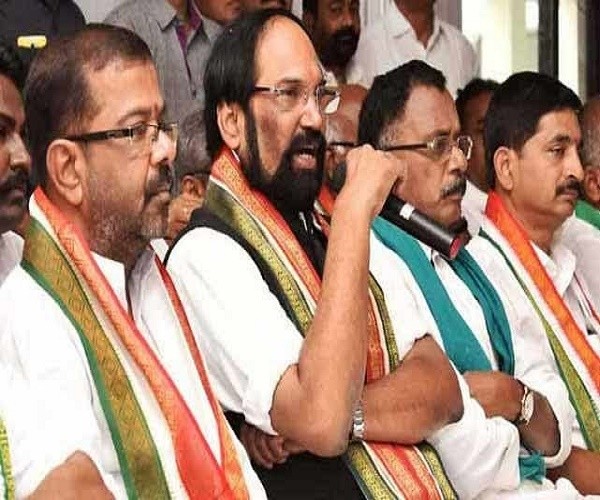 While the Congress party high command is said to be getting ready to release its first list of the candidates for the ensuing Telangana State Assembly polls in the first week of November, internal bickerings have come to fore in the party in Palakurthy Assembly constituency in the district.

In view of this, TPCC secretary Billa Sudheer Reddy has levelled serious allegations against Janga Raghava Reddy. Calling Janga, a ‘financial criminal’, and a rowdy, Sudheer Reddy has appealed to the party high command not to allot ticket to Janga. He also alleged that Janga, who is a non-local candidate, had weakened the party.

“We have been working for the strengthening of the party in the constituency for the last 25 years; party high command must consider my services to the party and give the ticket to me. If I don’t get the ticket, I would announce my future course of action later,” he said. On the other hand, Dugyala Sumana has also urged the party high command to consider her name for the ticket.

Meanwhile, TRS candidate and former MLA Errabelli Dayakar Rao intensified his poll campaign in the constituency. He has been touring the constituency for the last two months.

Sources in the TRS party said that the internal clash among the leaders would be beneficial for the TRS candidate. “If Raghava Reddy is given ticket from the Congress party, either Dugyala Sumana or Billa Sudheer Reddy might contest the election as the independent. This would help the TRS to win the seat,” a senior TRS leader said. #KhabarLive