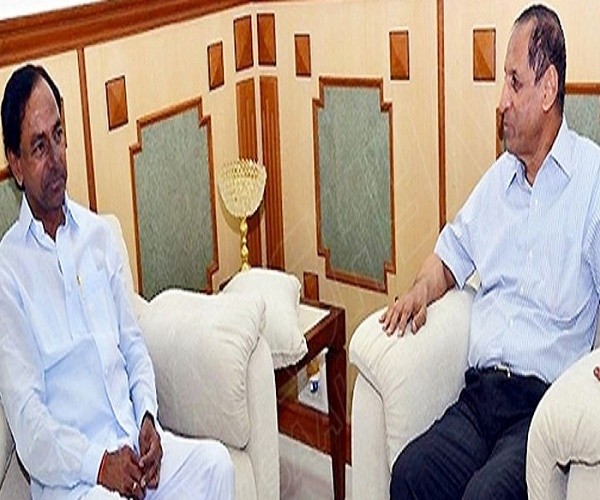 With the recommendation of the Telangana Cabinet to the Hon’ble Governor to dissolve the Legislative Assembly prematurely, even before the expiry of its five-year term, it is yet another glaring instance of the wanton misuse and abuse of political power, thus endangering the spirit of democracy under the Constitution.

The Constitution, however, is clear on the aspect of power of the State Cabinet, to recommend to the Hon’ble Governor, to dissolve the Legislative Assembly under Art.174(2)(b) even before the completion of its five – year term. The said Constitutional Provision is reproduced hereunder:

“174.Sessions of the State Legislature, prorogation and dissolution-

(1) The Governor shall from time to time summon the House or each House of the Legislature of the State to meet at such time and place as he thinks fit, but six months shall not intervene between its last sitting in one session and the date appointed for its first sitting in the next session
(2) The Governor may from time to time
(a) Prorogue the House or either House;
(b) dissolve the Legislative Assembly”.

The list of such extraordinary circumstances, warranting early election, to seek fresh mandate from the electorate, could be quite long, but nevertheless they have to exist to compel the Chief Minister and his cabinet to recommend the dissolution of the house prematurely and seek a fresh mandate from the people.

The exercise of power by the Telangana Cabinet under Art. 174(2)(b) of the Constitution, has clearly proved to be against the letter and spirit of democracy and the constitution, which protects it, since no dire conditions, prevail so as to compel the Telangana Government to go for earlier hustings.

The said decision seems to have been taken only for gaining electoral advantage at a time, when the nation is debating on the advantages of having simultaneous polls to the State assemblies as well as the Lok Sabha, to save unnecessary burden on the State exchequer. That apart, the diversionary politics of the Telangana Chief Minister is surely pre-empting simultaneous polls, especially after having given his consent to the said proposal of the Central Government, in the lager interests of the nation.

The reasons now being held out by the Chief Minister to the media after recommending the dissolution of the house to the Hon’ble Governor, are that a tirade is being carried out by the opposition parties against the progressive policies being pursued and massive developmental works undertaken by the Telangana Government, which are compelling him to seek a fresh mandate, is far from convincing and surely done with an ulterior motive.

After the exercise of power under Art. 174(2)(b) by the State Cabinet and the Hon’ble Governor, the ball is now in the Court of the Election Commission, to look at the logistics of holding fresh elections before the expiry of six months, under Art. 324 of the Constitution of India. In the light of the judgment of the Constitution Bench of the Supreme Court in the matter of Presidential Reference, when the Gujarat Assembly was dissolved in 2002, i.e. ((2002) 8 SCC pg. 237), the Supreme Court held in no uncertain terms that holding of elections before the expiry of the term, should be tested by the Election Commission of India, solely on the anvil of free & fair election uninfluenced by the Central Government. Art.324 specifically deals with: “Superintendence, direction and control of elections.”

In the present case, the Telangana Chief Minister has gone to the extent of announcing at the press conference, after the dissolution, that the advice to the Governor to dissolve the House was taken after prior consultations with the Election Commission. This act by itself, smacks of lack of transparency. How can a Constitutional body like the Election Commission of India be pre-empted from exercising its judgment and discretionary power, to hold free and fair elections? And how can a Chief Minister who is also the head of a regional political party be a privy to the consultative process of the Election Commission? In the present case, the process undertaken only panders to the political whims and fancies of the Telangana Chief Minister

Reading Art. 174 between the lines in conjunction of Art.324 of the Constitution of India without compromising with the Constitutional spirit, one comes to the inevitable conclusion that only in extraordinary circumstances, can the Cabinet call for early elections. The least that could have been done, in the light of best democratic practices, was to take the House into confidence, comprising the treasury and the opposition benches, before recommending dissolution of the house.

It is the members of the house who are elected directly by the people and answerable to them and the Cabinet represents the people only by way of a legal fiction. Hence, a major step like the dissolution of the house should have been taken by consulting the house and be guided by its mandate and wisdom and not embark on a journey of political adventurism, by undermining the spirit of democracy under the Constitution and also in the process, erode the powers of a Constitutional Body like the Election Commission of India.

Since the Indian Constitution has built-in checks and balances, under the theory of separation of powers, which is integral part of the Constitution, the Hon’ble Governor, in the fitness of things should report to the Central Government that the State Government by its political adventurism, has lost the ‘peoples mandate’ to even continue as a caretaker government.

The unwillingness of the State Government to continue till the expiry of the term of the house and not consult the house in deciding its future, is a classic instance of the failure of the Constitutional machinery, warranting imposition of President’s Rule under Art.356 of the Constitution of India and only such a drastic step alone will prevent leaders from being prompted by their whims and fancies, restore the spirit of democracy under the Constitution and also repose confidence in elected representatives, apart from strengthening the Election Commission to perform its constitutional duties unhindered by extraneous factors. Art. 356 makes “Provisions in case of failure of constitutional machinery in States.”, i.e. if the President, on receipt of report from the Governor of the State or otherwise, is satisfied that a situation has arisen in which the government of the State cannot be carried on in accordance with the provisions of this Constitution.

Long live the Indian Constitution and its democratic contents and as the age-old saying goes “Liberty lies in the hearts of its citizens, and when it dies there, no court, no law and no constitution can resurrect it”. #KhabarLive