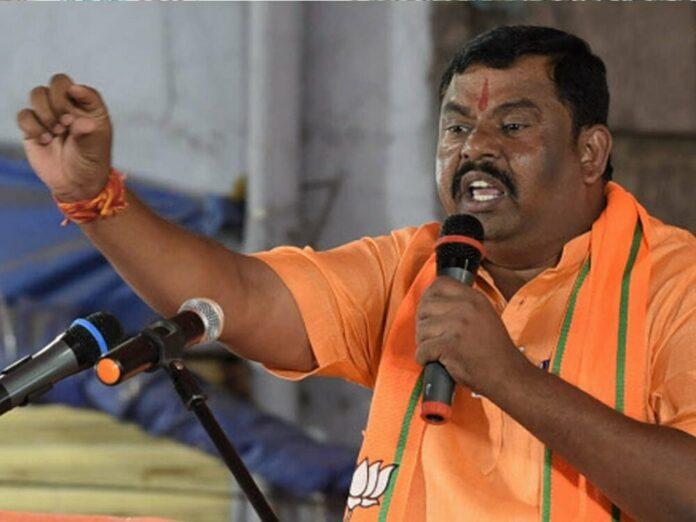 Hyderabad’s sole controversial BJP legislator Raja Singh, reiteritated his threat to kill the Owaisi brothers and said that he will ensure “the end of people” opposing Citizenship Amendment Act (CAA) and National Register of Citizens (NRC).

“Why do people have a problem with CAA and NRC? It is not a threat to Indian Muslims. While CAA and NRC will clean infiltrators, I will clear the ones supporting them,” said Singh.

Muslim groups protested on Friday against a controversial interview by Singh to a local channel a few weeks ago, where he threatened to kill Hyderabad MP Asaduddin Owaisi and his MLA brother Akbaruddin Owaisi.

ALSO READ:  ‍Post Pandemic, Tourism Sector Getting Back In Hyderabad

“Just leave us (Owaisi brothers and me) for five minutes, you decide the place. I am telling both of you, Akbaruddin Owaisi and Asaduddin Owaisi. It’s two versus one, you guys leave your security and I will also leave my security. In five minutes vaalani paiki pampiyakapote (if I don’t kill them), I will change my name,” Singh had said in an interview weeks ago, which went viral. “I am not secular, I am Hindutva wadi and India will be a Hindu Rashtra,” he claimed.

Raja Singh justified his interview and said it was in response to a hate speech by Akbaruddin in 2013, where he threatened to eliminate a community. Owaisi was booked by the N Kiran Kumar Reddy Congress government and sent to jail.“Akbaruddin threatened to kill all Hindus, addressing the crowd in Nirmal. My statement is a reply to his comment,” Singh told #KhabarLive. “In self-defence, I can kill him back, as I am also a Hindu.”

AIMIM demanded the state government take serious note of public representatives disturbing peace in Hyderabad. “Public representatives who fail to deliver often resort to communalise issues to win over public,” said Syed Taraq Quadripartite, president of AIMIM. “Instead of MLA Raja Singh, inviting Owaisi brothers for a fight in an akhara, it will be in the state’s interest that both MLAs compete in their respective jurisdiction and not fool citizens.” #KhabarLive