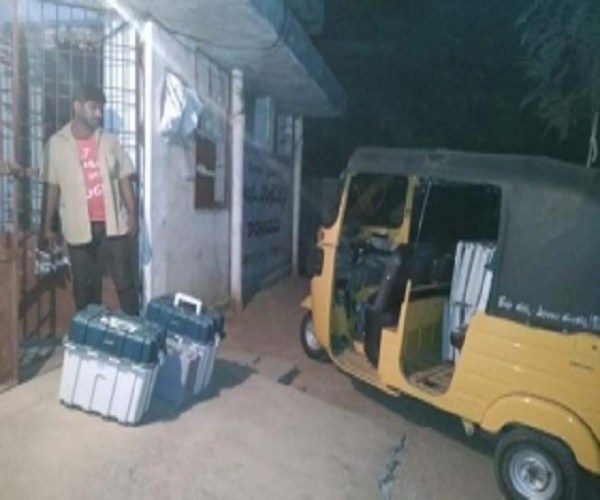 Recently, days after elections were conducted in Telangana, a few journalists got a tip off that some EVMs were being transported from the Jagtial Tahsildar’s office to a warehouse in an autorickshaw. The journalists managed to capture photos and videos of the incident, and when this was widely shared, it created a big controversy, with politicians crying foul.

The Jagtial police booked the journalists for trespassing and obstructing officials from discharging their duties under sections 447, 186 and 505 (2) of the IPC.

Journalists’ unions in the state have condemned the police action. The Telangana Union of Working Journalists (TUWJ) in its statement said, “The activities of the revenue officials was suspicious and the journalists who got to know about the incident, reported the news in the interest of the people. In an attempt to hide their faults, officials have filed a false complaint against them.”

TUWJ General Secretary Virahat also said that a delegation would meet the DGP urging them to drop the case.

Speaking to #KhabarLive, Amar Devulapalli, senior journalist and president of Indian Journalist Union (IJU) said, “There has been a clampdown on civil rights under the present government. Police have been foisting cases against writers, activists and journalists who speak against the government. This is unfortunate.” #KhabarLive