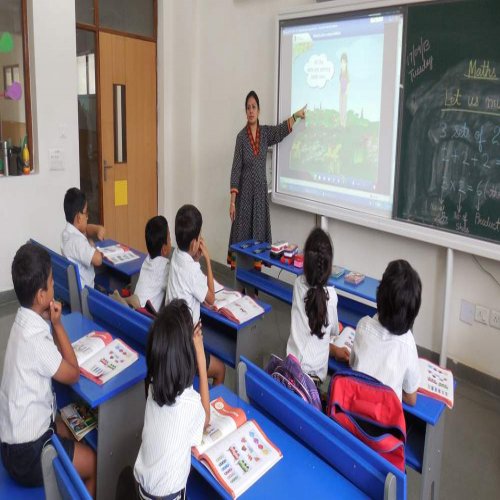 Vexed with the attitude of private school managements through the COVID-19 lockdown, private school teachers have sought help from the government to save and secure thier jobs in Andhra Pradesh.

Private school chains in Andhra Pradesh, often colloquially called “corporate schools”, have allegedly failed to pay full salaries to their teaching and non-teaching staff during the lockdown. Even though teachers have continued to teach students online, and have also been asked to bring in admissions for the coming academic year, some of them have been laid off, while others have been paid a partial salary amount, or in some cases not been paid at all, says Sailaja, Guntur District President of the Private Teachers, Lecturers and Professors (PTLP) Welfare Association of Andhra Pradesh.

“One teacher I know called me and said he wanted to kill self. I spoke to him for an hour and talked him out of it, but I still couldn’t offer him a real solution. We have been trying to extend financial support as an association, but there’s only so much we can do,” Sailaja says.

Teachers and lecturers working in private schools and colleges across the state protested the non-payment of salaries, demanding that the state government must extend financial assistance to private school and college teachers as they have done to other groups, like weavers, auto drivers and fisherfolk.

Noor Mohammed, State Secretary of the PTLP association, said that many teachers have not received their salaries since the lockdown came into place. “Many teachers haven’t even received communication about the status of their jobs after schools reopen in August. Even then, they will be paid only at the end of August, most of us think it is unrealistic to expect them to pay salaries for 6 months (from March to August) at once,” he says.

Sailaja, who teaches at a private school named Top Kids in Guntur, says that while smaller schools like her employers have still managed to pay partial salaries to all employees, and have been communicating in a transparent manner, large educational institutions with multiple branches across the state, like Sri Chaitanya, Narayana and Bhashyam, have failed to do the same.

According to Noor Mohammad, around 3.5 lakh teachers and lectures from private educational institutions in Andhra Pradesh have not received their salaries during the lockdown.

Forced to work with no pay
Aditya is a teacher at one of the many schools run by Sri Chaitanya Educational Institutions in Andhra Pradesh and Telangana. He says that most teachers have not received full salaries since March, although online classes have continued through the lockdown till May 10, and have commenced from June 1 for students starting class 10 in the coming academic year.

“I myself have not received salary at all since April. Our supervisors simply ask us to bring in new admissions for the coming academic year when we ask for salaries. In some cases, if a teacher brings in 10 new admissions, they were given half their salary. Those who brought 20 new admissions received full salary,” Aditya says, talking about how salary has been turned into a commission for soliciting new admissions.

Sailaja, who was formerly employed at a Sri Chaitanya school, says that even earlier, teachers were often mistreated and humiliated when they were forced to go canvassing door-to-door. Soliciting admissions is even more difficult for teachers during the pandemic, she says.

“Apart from bringing new admissions, they have also asked teachers to collect pending fees from parents. For instance, in a particular school, if Rs 2-3 lakhs is pending, a teacher is told that if he manages to collect Rs 50,000 from parents, then he will receive his salary,” Aditya says. “Corporate schools are run like businesses. Only if they get some money, they will pay us,” he adds.

But Noor Mohammed questions this attitude, saying the institutions amass huge profits through heavy school fees every year. “Both Sri Chaitanya and Narayana have donated crores of rupees towards COVID-10 relief, how come they can’t pay their own staff?” he asks.

Aditya goes on to say that beyond such additional work, teachers are attending workshops on online teaching, and also conducting classes, at their own expense. “We are not getting paid a single rupee for our internet bills, while we are expected to be online for at least 5 hours a day, for classes and teaching workshops,” he says, adding that even for soliciting admissions, they’re only given pamphlets with information about the school.

Aditya says that he hasn’t been paid since April, and has been facing harassment from his landlord to pay rent. “Our supervisors have only been asking us to meet targets, but haven’t said anything about when we will be paid. I keep checking my bank account everyday,” talking about the uncertainty and stress that he and his colleagues have been facing.

While teaching staff has some hope, non-teaching staff, and Physical Education teachers, have it much worse, with most of them not being paid through the lockdown, he says.

According to Sailaja and Aditya, many teachers working for such “corporate schools” have been laid off since March. Aditya says that in most branches of Sri Chaitanya, around 4 to 5 staff members have lost their jobs.

Sailaja says that in most cases, it was the language teachers who were laid off. “They (school management) think that language education is not that important. If they remained on the payroll, they would have to be given increments for this year. But this way, the management can either hire them again later without a hike, or find someone else, and not pay them for the interim period,” she says. According to Aditya, some teachers from areas without stable internet connectivity were also removed from their jobs, after being given partial salaries, as they could not teach online classes consistently.

“The rest of us have no choice but to continue. With the pandemic, there is a lot of anxiety around unemployment. We can’t leave this job because we don’t know if we will find another one,” says Aditya.

Sailaja says that many teachers who have lost their jobs have started to do tailoring jobs, or selling pickles, or in some cases going for daily wage work to make a living. “The situation is very bad, but they are afraid to come forward out of fear that they may lose their jobs, or not be hired again when schools reopen,” she says.

#KhabarLive reached out to the management of Sri Chaitanya, Narayana, and Bhashyam but did not receive a response. #KhabarLive #hydnews