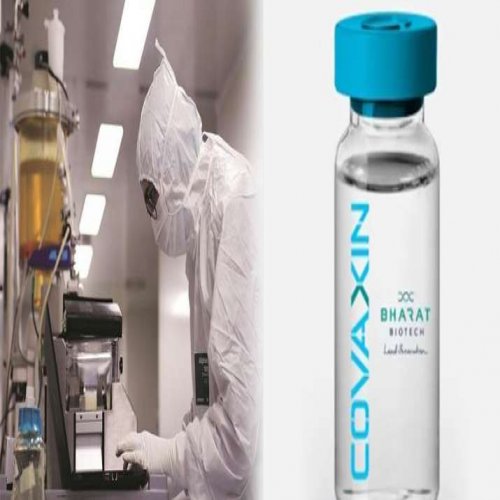 The test subjects are usually poor men, and touts teach them how to ‘score well’ to get into clinical trials.

Karthik’s voice quivers as he describes what he is going through.

“I was vomiting constantly for days. My insides hurt and sometimes I can’t even pick a glass up. My hands shake a lot,” he says.

“I have lost many months of my life because of my present condition. I experience constant body pain, and doctors say it will be many months before I will be normal again,” he adds.

The 27-year-old native of Warangal has moved the Telangana State Human Rights Commission, alleging that he is in this condition after he was a part of a clinical drug trial in Hyderabad – a trial that he became a part of, thanks to a WhatsApp group.

New hunting ground for pharma trials
Clinical trials are the approved method of testing new drugs that manufacturers want to introduce in the market. Depending on the drug and the company testing it, the volunteers are usually paid to be part of the experiments.

They’re conducted in several phases. While pre-clinical trial involves testing on animals, Phase 1 and above involve testing on humans. Each phase has several rounds, and each round lasts 24 to 48 hours.

While clinical trials on humans are mandatory before any new drug can be introduced in India, in general, such trials fall in murky ethical territory.

And for the booming pharma industry in India, and especially in Hyderabad, the ethical concerns have piled on as manufacturers and their agents are getting creative to recruit more volunteers. And many of them are reaching out to men like Karthik through WhatsApp groups.

In fact, hundreds of poor and struggling men from various parts of Telangana state are part of WhatsApp groups that organise and recruit them for clinical trials – and many of them are not even informed fully about what they’re signing up for.

The clinical trial economy
According to MS Swamy Chowdary, a repeat volunteer who has been trying to regulate the clinical trials industry, there are over 100 Whatsapp groups just in Telangana, Maharashtra, Gujarat and Karnataka, each with hundreds of members.

All you need to do to join a group and volunteer as a test subject is to know someone who is already on one such group. A recommendation from an existing member gets you in the door.

When #KhabarLive joined few of these groups to understand just how the volunteer co-ordination works. And found inside this world is a thriving economy of volunteers, agents, and sometimes, pharma company representatives.

On average, a volunteer for a drug trial makes anywhere between Rs 10,000 to Rs 25,000 for one trial, and the amount depends on the number of phases the trial has. In addition, they get anywhere between Rs 500 and Rs 1,000 for bringing a ‘friend’ along.

The agents meanwhile are extremely secretive about their commissions. But the bigger the ‘order’, the larger the payback. An agent who can recruit 40 or 50 volunteers for a trial usually gets big money, volunteers claim.

Signing up as a ‘guinea pig’
Once you’ve been ‘discovered’ by an agent, the process is quite simple.

Besides a valid government ID proof, companies conducting the tests insist that the volunteer is in the age group of 18 to 45 years, and that his/her Body Mass Index (BMI) is normal.

The first step of the process is screening, where several tests, including a blood test, ECG, X Ray, and BP check are done.

In a day or two, the volunteers get a call if their body is healthy enough to undergo the trial.

During the trial, volunteers are made to hand over all their belongings, and are given hospital gowns and rubber slippers. They are also made to sign the Informed Consent Form (ICF) at this point.

Anand Rai, an RTI activist, explains, “All patients need to sign the consent form, and understand what they are getting into. A record of this entire process should also be there. Once the form is signed, a copy of this has to be given to the patient.”

Except, not every consent is ‘informed’.

Often companies allegedly don’t reveal the complete information to the subjects, or do not give them a copy of the consent form until the experiment is completed.

The helping hand of agents
In the number game of ‘orders’, agents go to any length to get their quota of volunteers in, according to sources.

Some of the volunteers that #KhabarLive spoke to claimed that the agents targeted illiterate and poor people, who didn’t understand the Informed Consent Form (ICF), in order to make a quick buck.

“The form is a big document. No one understands it properly. They just go for the money,” one of the volunteers told #KhabarLive.

Volunteers told #KhabarLive that the agents rig the screening by telling them how to ‘score well’.

“The agents ask us if we have any health issues. If your blood pressure varies, you may not be allowed to be part of trials, therefore they they advise volunteers to take some medicines just before the trial to ensure that all parameters are normal,” one of the volunteers told #KhabarLive.

The legal system
For a subject that potentially affects the health and life of test subjects, and the larger population once the drug is approved, one would think that the clinical trials industry would have strict regulations in India.

But the government, busy regulating the food that we consume, hasn’t paid enough attention to the subject.

On paper, there is a system in place to monitor trials.

The Drug Controller General of India (DCGI) is responsible for approving and overseeing all clinical trials in the country. According to the process, companies approach DCGI and register for all phases of drug trial, after which an Ethics Committee from the Central Drugs Standard Control Organisation visits the trial lab and approves the testing before it begins, Anand Rai explains.

If anything adverse happens during the trial, it is the responsibility of the company to report it to the Ethics Committee and the DCGI.

Another important body is the Clinical Trials Registry of India (CTRI), which is hosted at the National Institute of Medical Statistics (NIMS).

The CTRI, launched in 2007, is meant to be an online public record system, where every clinical trial being conducted in the country should be registered. In 2009, the DCGI made it mandatory to register any trial with the CTRI.

The CTRI also categorically states that the trials have to be registered, ‘before the enrollment of the first patient’, and demands that these details of the trial be made public.

Companies cannot be penalised
However, all of this comes crashing down in the face of the fact that if anything goes wrong with a drug trial, our legal system doesn’t even have enough teeth to ensure the companies are penalised.

The rules for clinical trial presently come under the Drug and Cosmetics Act, an archaic law, which does not have any provision of penalties, as the Centre informed the Supreme Court in 2015. The Ministry of Health and Family Welfare told the court that the Centre could only suspend the trial, and issue warnings.

Anand Rai says, “There are no specific rules on how these companies are supposed to recruit volunteers either. They can advertise anywhere that they want.”

“Recruiting through WhatsApp groups, therefore, isn’t illegal in itself,” he adds. “The legality comes into question only once the drug trials begin,” Anand says.

Violations galore
It’s not surprising then that there are several violations of the law in the country.

The adverse effects of clinical trials in India first happened in 2005, when victims of the Bhopal gas tragedy, were allegedly tested illegally for new drugs, without their consent.

The next big case was in 2009, when the Programme for Appropriate Technology in Health (PATH) allegedly administered HPV vaccines, which prevent cervical cancer, to 24,000 tribal girls in Andhra Pradesh and Gujarat, before they were proven to work.

And while companies have been indulging in unethical practices, many of the ‘career volunteers’, too, follow unsafe methods.

“As far as the volunteers are concerned, some of them violate the contract and go for another drug trial in the gap between two rounds of the first trial to make extra money. This will make the test results of both the drug trials unreliable, and will also greatly affect their health,” Swamy says.

Swamy has also filed several petitions with the SHRC and NHRC, but says that not much happens, as the Commission asks the police to investigate the claims, and the police case never moves forward.

Health condition of the volunteers will be monitored for the next six months. Doctors said that the main focus of monitoring will be to check if antibodies get generated in the volunteers, amount of time it took for the antibodies to kick in, and how long do they last in the body. Second dose of the vaccine will be given to them after a gap of 14 days.

Around 12-days back, the institute’s director Dr K Manohar said that they were screening the subjects and that the injection doses will be administered after receiving approval from Indian Council of Medical Research (ICMR).

NIMS is one among the 12 institutions involved in the COVID-19 vaccine trials, as listed by ICMR. Dr Prabhakar Reddy is the principal investigator of the clinical trials at NIMS.

Apart from faculty and senior residents from NIMS Department of Clinical Pharmacology, doctors from General Medicine, Anesthesia, and Respiratory Medicine too are involved in the clinical trials.

The potential vaccine is derived from a strain of SARS-COV-2 isolated by National Institute of Virology, Pune. The inactivated vaccine candidate is developed by Hyderabad-based Bharat Biotech India Ltd (BBIL). They received Drug Controller General of India (DCGI) nod on July 29 for Phase 1- and Phase-2 clinical trials.

On July 2, the ICMR’s Director General Dr Balram Bhargava sent a letter to heads of the 12 institutes that their institute was choose as a clinical trial site for the vaccine. They were strictly advised to ensure that the subject enrollment is initiated no later than July 7. #KhabarLive #hydnews