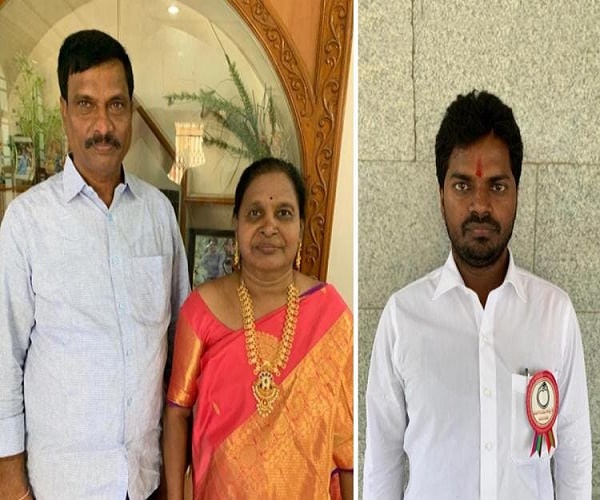 A day after a young man from Telangana revealed his terrible experience of losing his parents and cousin to COVID-19 amid alleged negligence by the staff of the private hospital where they were being treated, Telangana Minister K Taraka Rama Rao has asked state Health Minister Eatela Rajender to take action against the hospital.

“Deeply anguished on hearing about the tragic loss of your family members Radhesh Exploitation in these times by private hospitals is deplorable & a shame. Request Health Minister @Eatala_Rajender Garu to take the strictest action against these irresponsible institutions asap,” Minister KTR, son of Chief Minister K Chandrasekhar Rao, wrote.

Exploitation in these times by private hospitals is deplorable & a shame

The alarming experiences of 20-year-old Radesh losing his parents amid callous response from the hospital came to light on Wednesday, when he spoke to the media and also tweeted about the circumstance of his parents’ deaths.

Radesh, his parents, and his cousin brother had tested positive for coronavirus earlier this week. His family was admitted to a private hospital due to their symptoms, while Radesh remained asymptomatic and under home quarantine. Soon, he lost his cousin, and then his mother.

Radesh said that as he was conducting his mother’s funeral on Tuesday, he received a call from his father who was unaware that his wife had died. His father, who was admitted to Deccan Hospital in Somajiguda, told Radesh that the staff was not attending to him. He said that he had relieved himself in his bed because of this, and still needed help from the staff, who had remained unavailable.

Radesh said that he had to persuade the hospital staff repeatedly for hours, while his father called him repeatedly asking for his help. All the while, Radesh had to arrange his mother’s funeral without his father’s knowledge.

While the hospital staff eventually changed his father’s diapers after repeated calls, his father died that night at the hospital. Radesh said that the hospital had collected nearly Rs 40 lakh for his parents and cousin, and all three had lost their lives there. He also alleged that in spite of everything, Deccan Hospital refused to release his father’s body unless he cleared the medical bill amounting to Rs 7.5 lakh. #KhabarLive #hydnews