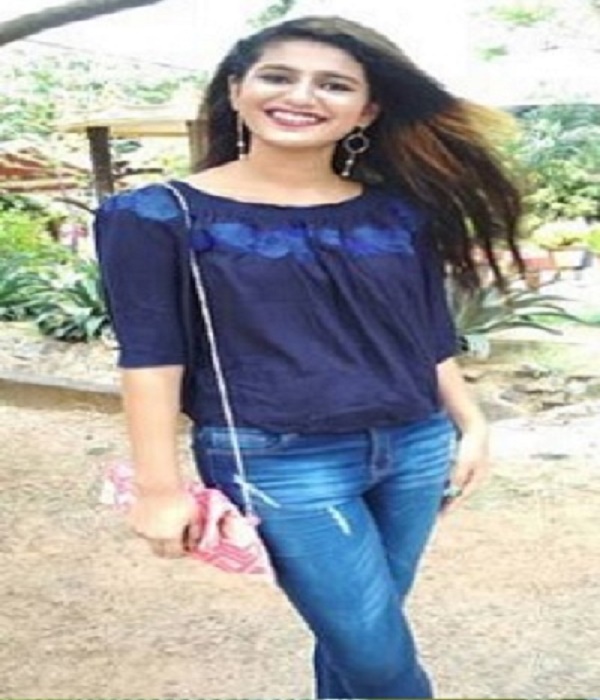 Irrespective of whether or not he is scoring runs, such is the aura of former Indian cricketer MS Dhoni, that he remains to be one of the most popular cricketers, not only in India, but across the globe.

Dhoni might not be the finisher he once used to be, but while other franchises aimed at roping in young blood while building their teams from scratch at IPL 2018 auctions, Chennai Super Kings did the opposite by retaining Dhoni as their skipper ahead of the 11th edition.

The Ranchi-born cricketer, who has a huge fan following, has now found a new fan in Priya Prakash Varrier.

Thanks to the Internet, Priya has become the hottest topic of discussion among Indians lately.

The Malayam actress has been all over social media ever since her appearance in the teaser song Mani Manikya Malaraya Poovi from film “Oru Adaar Love” (A Superb Love Story) brought her massive fame from different corners of the country.

While the 18-year-old has become the ‘national crush,’ she revealed the name of her favourite cricketer and it’s none other than Dhoni.

“Dhoni is my favourite cricketer,” she told KhabarLive.

Earlier, recalling the 30-second video which went viral on social media, Priya told, “Our director told us that the 30-second shot should be a memorable one and we followed his vision. I never expected that it would become such a big hit. It is a school-centric film. We are discussing love, crushes and friendship. Love in the time of schooling is the theme of the film.”

In the viral number, the actor and her co-star Roshan Abdul Rahoof are seen doing a see-saw with their eyebrows before Varrier surprises him with a wink and a flirtatious smile.

As per reports, after getting massive stardom, Priya has leapfrogged Bollywood beauty Sunny Leone to become the most searched celebrity on Google search engine. #KhabarLive