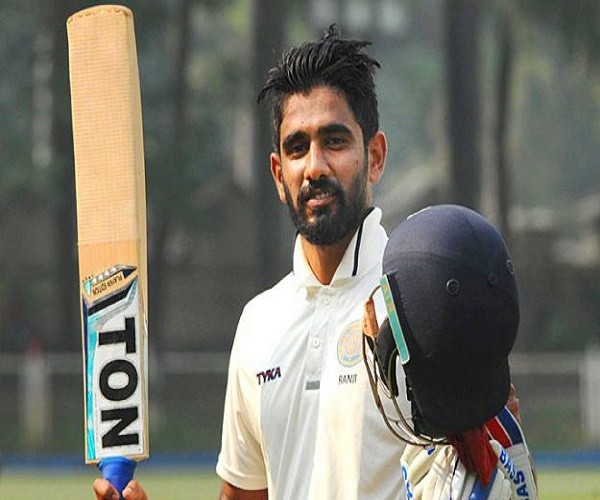 This was Hyderabad’s fourth win from seven matches. Hyderabad lost two matches while the match against Andhra was washed out. The Akshath Reddy-led Hyderabad team raced away to a seven-wicket win over Kerala in the Group B Vijay Hazare one-day league match at Palam Grounds in New Delhi.

This was Hyderabad’s fourth win from seven matches. Hyderabad lost two matches while the match against Andhra was washed out.

With fast bowler Mohammad Siraj on India duty, the tall medium pacer M Ravi Kiran came back into the playing eleven. Ravi Kiran straightaway swung into action when he scalped opener KB Arun Karthick with the first delivery of the match. Kerala lost their second wicket as Kiran removed the dangerous Sanju Samson, who edged to wicketkeeper Kolla Sumanth. Kerala were 17 for 2 in 6.3 overs.

Left-arm spinner Mehdi Hasan cleaned up opener Jalaj Saxena (21) to leave Kerala in troubled waters. Skipper Sachin Baby made a steady 68-ball 31 against a disciplined Hyderabad attack. But he too departed when he fell to the impressive off-spinner Saaketh Sairam. The off-spinner went on to take his second wicket by having the scalp of Salman Nizar (25)

VA Jagadeesh battled bravely and hit a 92-ball 62 before left-arm seamer CV Milind bagged his wicket. Kerala could not prosper and finally could put up a poor total.

Kerala tasted early success as left-handed opener Tanmay Agarwal was out to off-spinner Saxena. Ashish Reddy (37 off 38 balls, 5×4), who was promoted in the batting order, put on 66 runs for the second wicket with skipper Akshath Reddy (39 off 52 balls, 5×4).

Hyderabad suffered two successive blows in space of seven runs. Left-arm spinner Akshay Chandran bagged the wicket of Ashish while Saxena had Akshath trapped in front. However, Rohit Rayudu and Sandeep frustrated the Kerala attack with a 106-run stand for the fourth wicket to star in Hyderabad’s win. Rayudu reached his half-century off 78 balls. A focused Sandeep hung in grimly to remain unbeaten till the end as Hyderabad reached home in 46.4 overs.