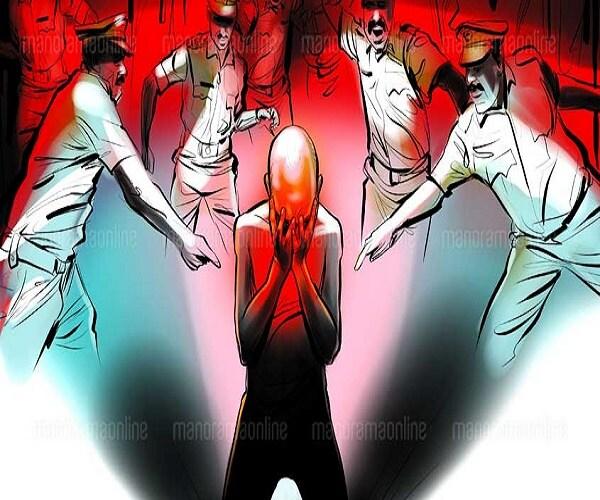 The early morning execution of four rape suspects in Hyderabad on the 6th of December this year was actually a custodial killing, and it was bad enough; what was worse, however, was the jubilatory response to it.

When the President of a constitutional democracy publicly asserts that child sex offenders should not be allowed a mercy petition against a death sentence, when MPs in Parliament demand that those accused of rape should be publicly lynched without any trial, when a frustrated public showers rose petals on policemen who have just shot dead four rape accused in what appears very much to be a custodial killing, when “celebrities” across this sorry nation erupt in joy when they hear of this murder- then we have reason to be very worried.

For these portend not only the total collapse of the rule of law, that our criminal justice system has now become a criminalised justice system, but also that this country is fast becoming a vast Colosseum with the people baying for blood; it doesn’t matter whose blood, for what the cohorts are seeking is catharsis not vindication, revenge not justice. As we were reminded on the 7th of December by a wise Chief Justice of India: there is no such thing as instant justice. The Prime Minister, of course, maintained his sphinx- like silence, as he is wont to do whenever any moral or fundamental guidance is required.

This moral and systemic degradation did not happen overnight but has been sixty years in the making, assiduously engineered by those in power. It began with criminals infiltrating into our Parliament and Assemblies: in just the last 15 years, between 2004 and 2019 the percentage of MPs with criminal charges against them has gone up from 24% to 39.9%.

They and their likes have in turn protected their own, whether it be a Sengar in Unnao, a Chinmayanand in Lucknow or their henchmen in Kathua. They have taken control of an already corrupt and predatory police, ensuring an immunity from any legal action for their sexual depravations. When law breakers turn law makers, what are the odds of a country having a fair and efficient justice system?

Our criminal justice system – the police and the judiciary-has been deliberately and systematically broken down over the years and allowed to atrophy because it suits those in power, and indeed keeps them in power. Numerous recommendations of Law Commissions and Police Commissions to improve the infrastructure have been buried, even the occasional, half-hearted Supreme Court order blithely ignored. If even the apex court cannot ensure that its recommendations to appoint SC and HC judges are implemented, then what chance is there for real justice to be delivered to the people? Consider some figures.

Successive govts have had no time, or funds, for improving the deplorable conditions of the judiciary and have run it to the ground. Only 0.08 % of the central budget is provided for this sector. We have 19 judges per million of the population whereas we should be having 50 as per international benchmarks. If we factor in the vacancies the actual availability would be even less. The current strength ( January 2016) of judges in all courts is 16743; according to the Law Commission it should be 60000. The total vacancies of the lower courts as on September 2018 was a mind boggling 5748; of the sanctioned strength of 1080 judges in the high Courts as many as 414 or 38% are vacant.

It should therefore, come as no surprise that more than 30 million cases are pending in the system and any kind of justice is a distant illusion for most. 28750 rape cases, involving more that one lakh accused, are under trial and 235000 are under investigation. The accused in the Nirbhaya case were convicted four years ago but are yet to be hanged. The conviction rate for rape, as per NCRB data, has seen a consistent and sorry decline over the years: from 46% in 1973 to 25% in 2017. ( These, mind you, are conviction by the trial courts; many convictions are overturned in appeal). Given this dismal output of the judicial process, is it any wonder that there are more than 350000 reported crimes against women every year , of which 40000 are rapes alone? In the background of the fact that 90% of such cases are not even reported, we may well ask: do we even have a viable criminal justice system in this country?

The state of the police force is even more abysmal, if that is possible. The total sanctioned strength at 1.90 million ensures that we have only 138 policemen per 100,000 population, actually about 100 only if the vacancies of 24% are factored in. The accepted international norm is 225, so it is no surprise that India ranks as the fifth lowest out of 71 countries in this respect. There is a shortfall of at least half a million policemen. But our rulers are well protected and cared for: according the BPRD ( Bureau of Police Research and Development) report of 2017 as many as 56994 cops are posted on personal security of 20828 VIPs, an average of almost 3 policemen for every so-called VIP. Contrast this with what is provided for the ordinary citizen- one cop for every 663 people. The streets and public places have been handed over to criminals: the police claim they don’t have the manpower for proper patrolling, but they have no problem in pouring out hundreds when it comes to beating up protesting students or farmers.

It is not just the central governments but the states which too have been criminally apathetic to the ever expanding rot in the system. Some years ago it was decided to set up 1023 Fast Track Courts( FTCs) to expedite the then pending 166,882 rape and 160,000 POCSO cases. But so far only 420 have been established; 15 states have not notified a single FTC.

A Nirbhaya fund was set up in 2013 to improve the infrastructure for the safety and rehabilitation of women and rape victims; it has amassed a corpus of Rs. 3600 crores, of which Rs.1656.71 crores have so far been released to the states for various approved projects in the last five years. Shockingly, 90% of this has not been spent by the states which have so far submitted UCs of only Rs. 146.98 crores as per the latest information provided to Parliament by the WCD Ministry.

This broken, ramshackle legislative, judicial and police architecture can never deliver any real justice. On the contrary, it has become vulnerable to, if not complicit in, the manipulations by an unscrupulous government. The people have realised this and are resorting to vigilantism across states. The police, of course, need no encouragement to become vigilantes themselves because it fits in with their predatory instincts and saves them a lot of hard work that proper investigation requires.

Our criminal justice system has all but collapsed, and women being the most vulnerable section of our society are being forced to bear the brunt of the fall out. Every section of our power structure has contributed to this degradation: a Chief Justice of India who absolved himself of a charge of sexual molestation in the most opaque manner and was allowed to get away with it, political parties which have no qualms about publicly supporting rapists, a judiciary which doesn’t question the police, a public and media which demands instant retribution, not justice We have degenerated into a juridical ecology where people accused of white collar crimes ( with no charge sheet filed) can be kept in jail for 106 days, but rapists and lynch artists get bail almost immediately and are garlanded by Ministers of the government, where the police refuse to register FIRs in rape cases or to protect victims or witnesses.

Unnao, Kathua, Hyderabad- these are badges of shame for any country. And now we are, inevitably, regressing to the BC era, to the code of Hammurabi ( as retired CJI Lodha reminded us last week) and the dictum of an eye for an eye; it doesn’t matter whose eye is extracted or what process is followed. The usual placebos of harsher laws and FTCs are just a smokescreen to hide the ugly truth that there is no political or administrative will to resolve the issues that lie at the heart of the problem.

The Hyderabad “encounter” and its resounding endorsement by a citizenry which has reached the end of its tether is an augury no civilised democracy can either accept or ignore. The social doctrine of Thomas Hobbes and Max Weber tells us that violence is the monopoly of the state; this may well be so, but it does not include police vigilant ism. #KhabarLive