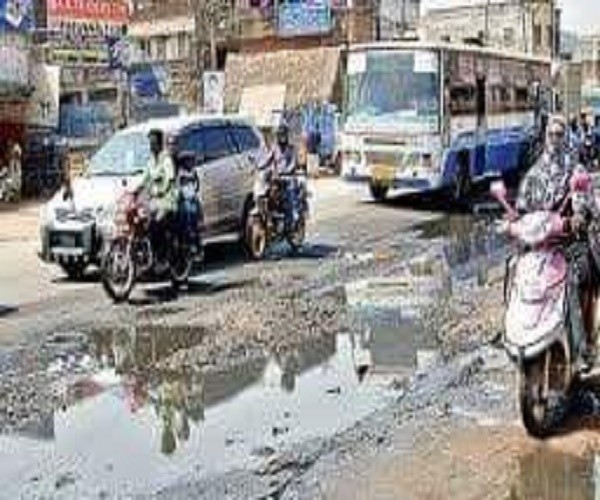 “It is Navrantri Festival time. The devotees have been facing immense problems owing to the overflowing drains.Besides this, there is a lack of cleanliness in our locality though local leaders and au thorities are well aware of the problems but nothing has been done. I want them to at least pay attention to these problems which have become a head ache for us,” Babu Singh complained.

The situation turns worse when it rains in these areas.The accumulation of rain water in potholes and overflowing drains add to residents and motorists woes.
The locals urged Greater Hyderabad Municipal Corporation authorities to take serious note of their problems and give them respite from broken roads and overflowing drains. #KhabarLive